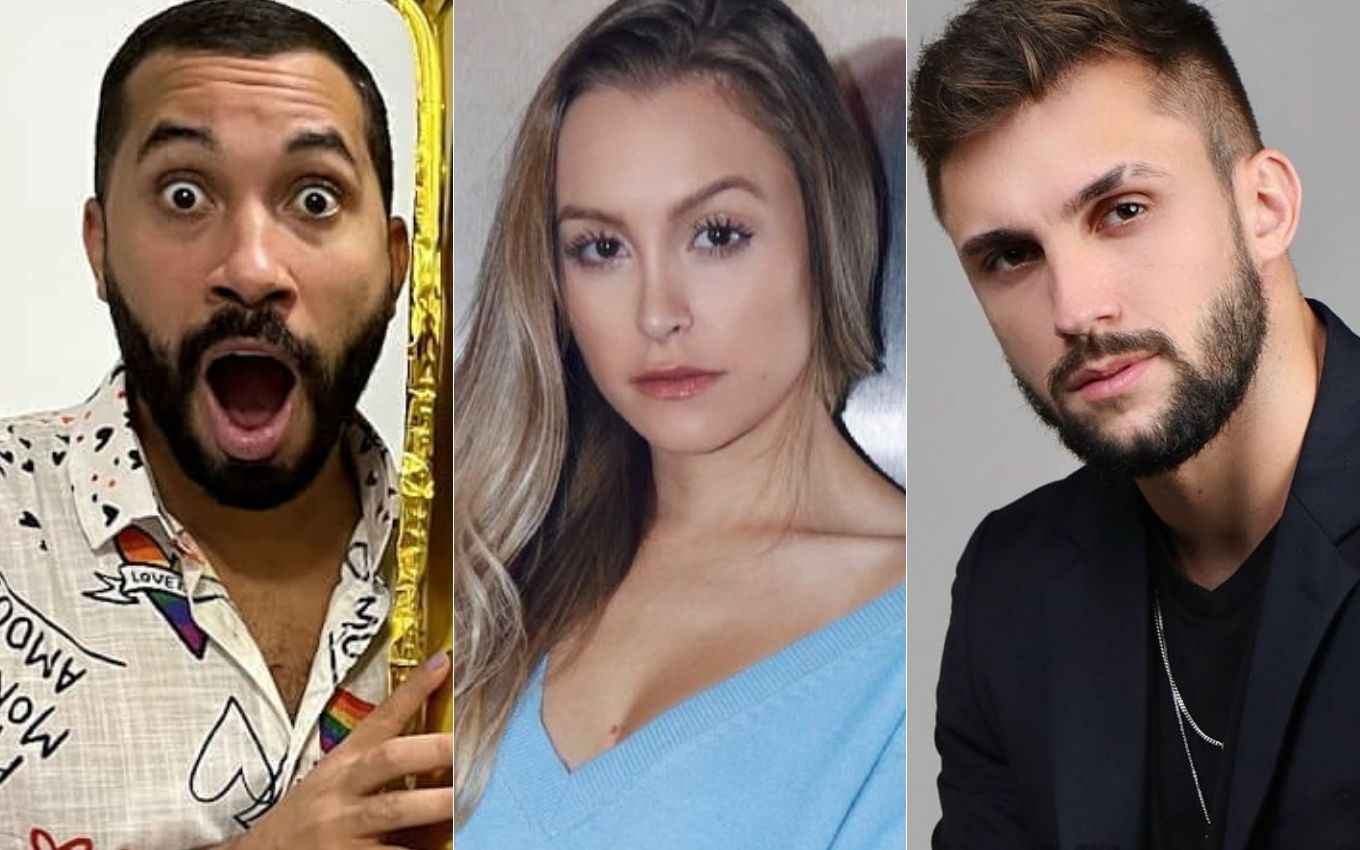 Gilberto Nogueira, Gil do Vigor, left Arthur Picoli embarrassed during a live on Tuesday (8). Accompanied by Pocah and Carla Diaz, the economist ended up showing that the actress was right beside him throughout the live video, which made the crossfiteiro feel embarrassed.

Even though Carla’s appearance lasted only a second, it was possible to hear several screams arising between Arthur and Gil’s neighbors. The former couple’s fans freaked out on social media, already asking for them to come back and celebrating that they might be friends.

The physical trainer had no reaction at first, but then tried to hide it, saying that the screams were because of the Pernambuco native. Then the live went down, and some netizens joked that Carla would have turned off the wi-fi.

Outside of BBB21, Carla and Arthur were discreet about the conversations they promised to have. The two met for the first time in the recordings of Day 101 and were side by side to receive the award for best couple in the edition, which was chosen by the public.

The capixaba admitted that he was in love, but the ex-chiquitita didn’t give any openings about a possible return to the romance.

I don’t know who was more nervous, if it was Arthur seeing Carla, or if it was Carla pistol that Gil filmed her while she whispered to ask…

Me: do you think it was Carla who even took down the Wi-Fi poorly https://t.co/XsJBSkmTzF

CARLA IN 1 SECOND AT ARTHUR’S LIVE WAS THE REASON OF MY COLLAPSE, AAAAAAAAAAAA 🆘🗣️
GIL DOES EVERYTHING

And Carla almost on top of Gil, to see Arthur live kkkkkkkkkkkkk k

Carthur is more alive than my seven-year relationship. Who didn’t like it bites the back, kisses I’m going to sleep! 😘