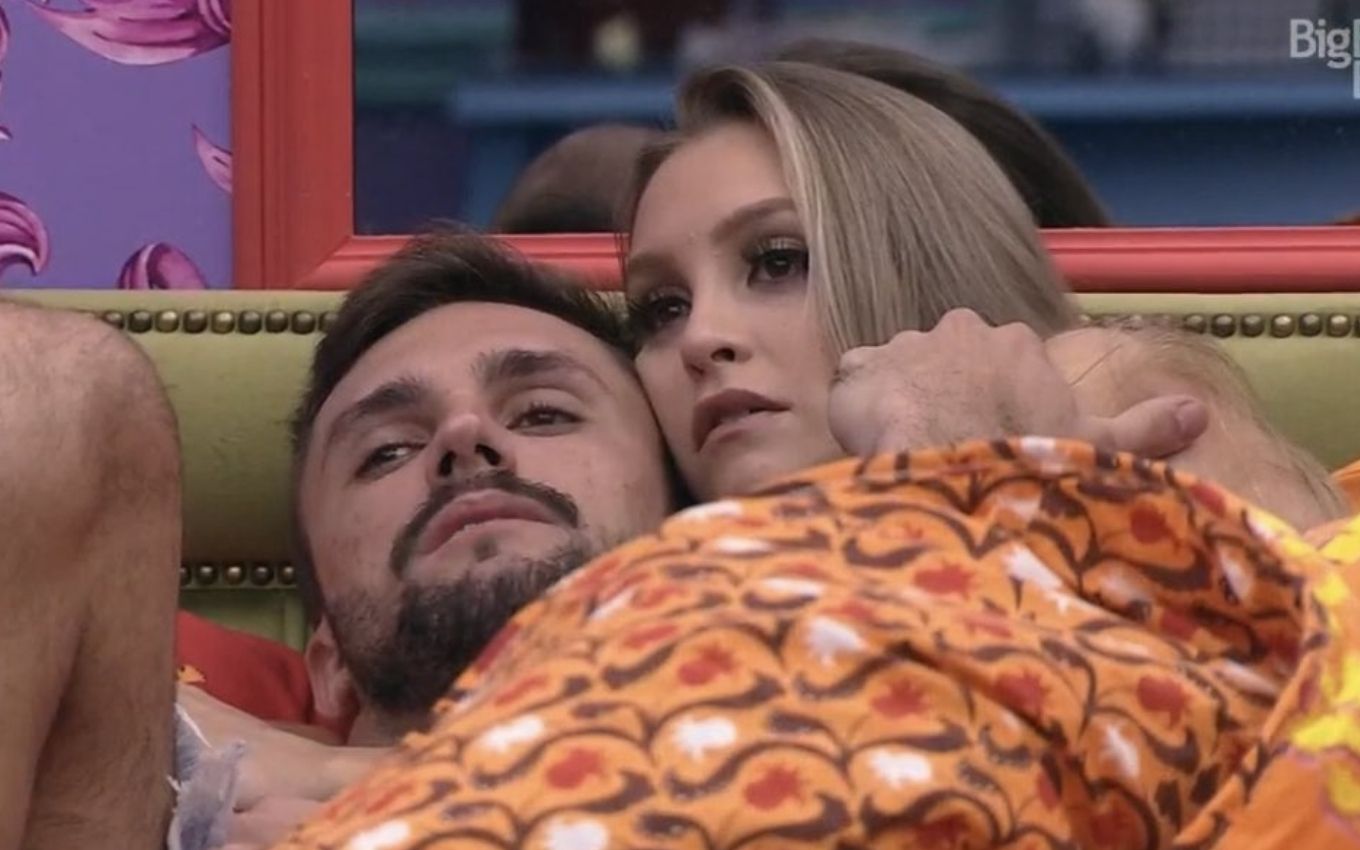 After starting to protect Arthur Picoli at BBB21, Carla Diaz was compared to Marcela Mc Gowan on social networks. The actress started a relationship with the physical educator at the beginning of the program and spent two weeks devising strategies to try to free him from the wall, which did not please viewers.

In addition to Daniel Lenhardt and Arthur being considered “useless” in the game and “bananas” in general, the biggest point in common between Carla and Marcela is that they both burned with the public because of a man, something quite common when women start reality show relationships.

In 2019, for example, Hariany Almeida entered as a favorite in A Fazenda 11, cheated on her boyfriend on national television with Lucas Viana and, in the end, ended up losing the prize to him. But unlike the digital influencer and Marcela, Carla did not enter the attraction with any favoritism.

The distinctions between blondes, in fact, are greater than the similarities. Below are five points that differentiate the actress from the gynecologist:

No finger in the face

Carla avoids getting into conflicts in the house as much as possible, which means that she also avoids judgments. The artist did not even point out the errors of participants who did not give a reason, much less targeted men. The same did not happen with Marcela, who even pointed a finger at Babu Santana, calling him a monster.

Despite stating different attitudes as macho in BBB20 men, the gynecologist did not do the same with Daniel Lenhardt, even when he had clearly sexist lines. Instead, she just affectionately asked him not to speak again. Carla, on the other hand, rebuked Arthur every time he made controversial statements.

Friends above the boy

What ended Marcela’s favoritism at the BBB20 once and for all was when she took Thelma Assis off her podium and put on the affair. The public called her “Taubaté feminist” for exchanging her friend for a pickup. Carla, however, has not yet lent herself to the role and has made it clear to Arthur that she would not vote for her friends to defend him.

Unlike the ex-chiquitita, Marcela was not afraid that Daniel could be eliminated, as he was never the target of votes, not even Felipe Prior or Babu. So there was no need for the doctor to play to protect her boyfriend, unlike Carla, who has seen Arthur go to the wall twice.

Marcela entered BBB20 as one of the favorites for the award after declaring that she felt rancid as a “straight male”. The obstetrician reached her peak when she unmasked Hadson Nery’s plan against Mari Gonzalez and emerged in the number of followers on social networks. Carla entered dear, mainly because she is already famous, but she never occupied the role of protagonist of the edition.