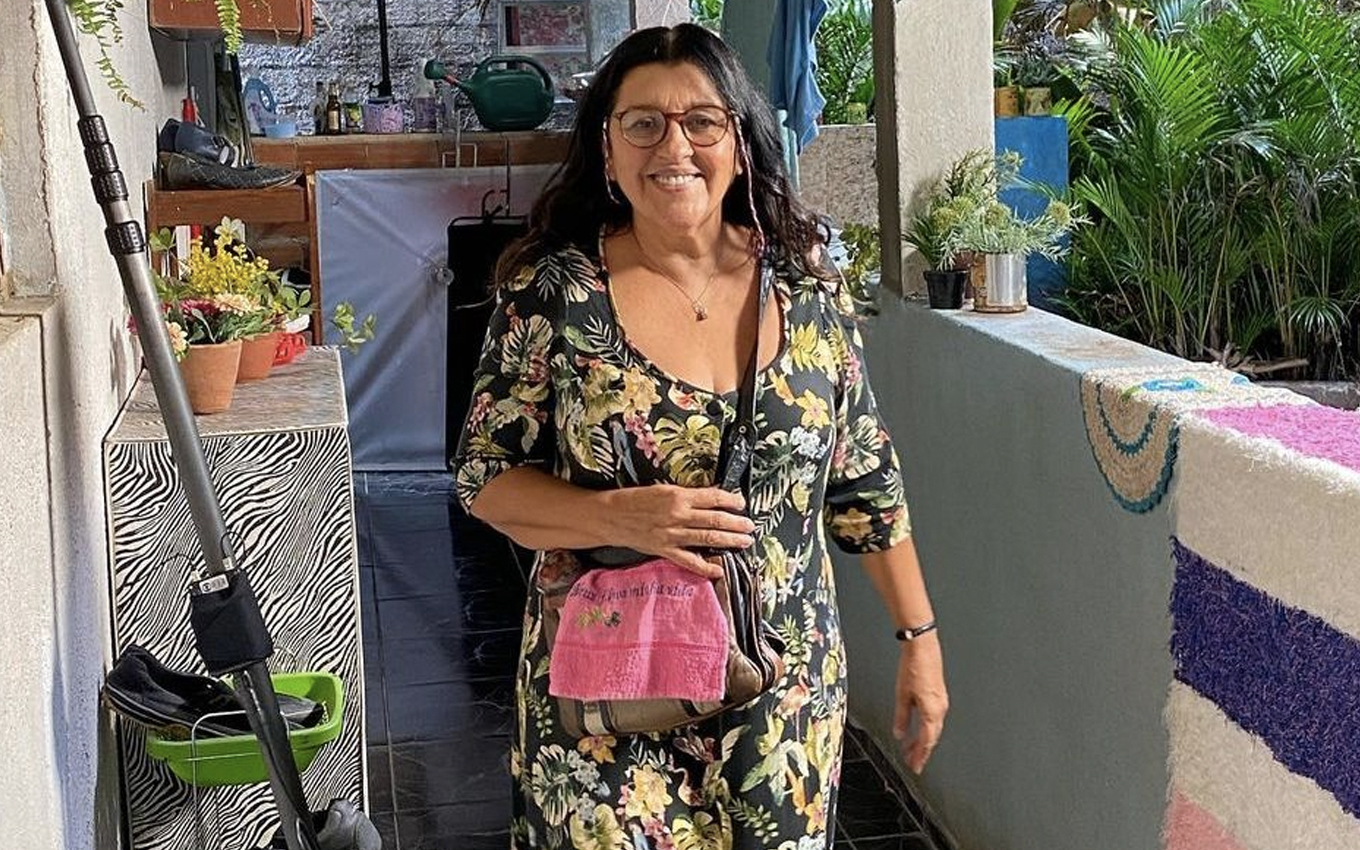 Regina Casé did not think twice about taking Dona Lurdes’ costume home when she discovered that Amor de Mãe would be interrupted by the coronavirus pandemic (Covid-19). The actress hung her belongings behind the door, including the glasses and umbrella of Magno’s mother (Juliano Cazarré), as if they were amulets. “They are magical objects”, assures the protagonist of the soap opera of nine.

The items were essential for the artist to rediscover the character when returning to run the production at Estúdios Globo, in Rio de Janeiro. “After six months, I just put the washcloth across the top of the bag so that it would appear in a second,” she hands over to the TV News.

The interpreter does not hide that, due to the forced pause, she died of fear of not finding the tone of the nanny during the final stretch of the plot, which will return to show unpublished chapters from next Monday (15).

She did not take long to realize, however, that the maid was still on the tip of her tongue when recording the narrations that would be needed to stitch the story together – as 102 chapters were “squeezed” into a two-week compact. “The text was always written as ‘you’, and I changed it to speak with ‘you’. I didn’t think about that, that accent just came,” he recalls.

At 69, Regina says she was one of the most excited to return to recording, even though a good part of the cast and crew was concerned about her being at risk. “Lourdes is amazing, I played with everything. But it was difficult to apply the handbrake. I was frustrated and with all that kept”, she laments.

The actress claims that, in addition to the novel by Manuela Dias, she also had to deal with the sadness of seeing so many other projects paralyzed, among them the play Recital da Onça (2019) and the film Três Verões (2019) – which was only four days before theaters are closed.

“I planted so many things, and when I went with a basket to harvest, everything was dammed up. So, when I started recording the novel again, I wanted to jump and hug everyone. It was not reckless, it was love”, philosophizes the Carioca.