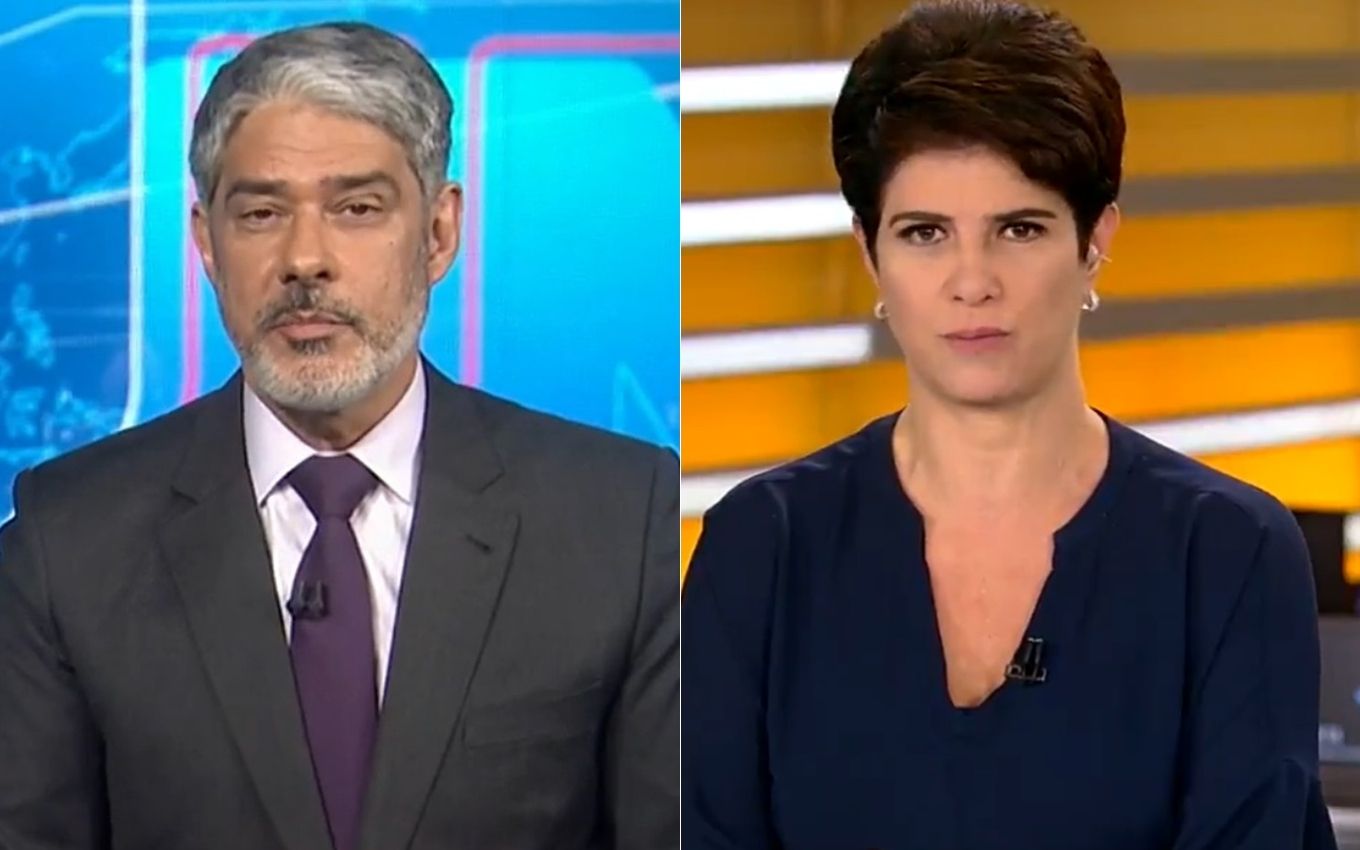 Globo and Record teamed up to criticize Jair Bolsonaro’s speeches against the Judiciary. In the Thursday (29) edition of Jornal Nacional, William Bonner used half words to accuse the president of lying about decisions of the STF (Supreme Federal Court) during the pandemic. Mariana Godoy, at Fala Brasil this Friday (30), classified a live made by the politician as “bizarre” to attack the electoral system.

The anchor’s speech in the morning news of Record caught the attention of netizens, who put her name among the most commented on Twitter. This, however, was not the first time that Mariana needled the government aligned with Edir Macedo’s radio station.

“President Jair Bolsonaro insisted, during a bizarre live, that the electronic ballot box facilitates fraud in elections. Bolsonaro also criticized the president of the Superior Electoral Court, Luís Roberto Barroso, who is against the proposal for a printed vote”, narrated the presenter of the He speaks Brazil, with an expression of annoyance.

The news report showed excerpts from the live and reinforced that the president did not present evidence of fraud in the presidential elections. “We don’t have proof, I’ll make it very clear. But there are signs that elections for senators and deputies may be the same thing [fraude], why not?”, said Bolsonaro during the broadcast on his social networks.

The video was shared on Fala Brasil’s Twitter. Supporters of the president criticized Mariana Godoy’s speech about live, while others praised the journalist’s courage in reinforcing the security of the Brazilian electoral system in a live newscast on Record.

A traditional critic of Jair Bolsonaro’s actions, Jornal Nacional pointed out “untruths” in a note released by the president to publicize the federal government’s measures during the pandemic and rebut a video from the Supreme Court. Editor-in-chief and anchor of the most watched news in the country, William Bonner avoided using the word lie.

“President Jair Bolsonaro used today [29] a social network to defend the federal government’s role in the pandemic. Yesterday [28], the STF published a video on the internet in reaction to the president’s insistence on repeating an untruth: that the STF had withdrawn power from the federal government and decided that only mayors and governors could take protective measures against the pandemic,” he explained the journalist.

In the video, the Supreme clarified that all powers had to act together with measures to protect the population. As a result, Bonner denied an excerpt from the note published by Bolsonaro about the actions in the pandemic.

“The president again failed to tell the truth when he stated that the federal government twice appealed against governors’ decrees and that the actions were not analyzed. The two actions were, yes, analyzed. One by the then minister Marco Aurélio Mello and the other by the Minister Luís Roberto Barroso. Both were rejected for procedural reasons,” informed the anchor.

Check out the STF video and Jair Bolsonaro’s note below:

The STF did not prohibit the federal government from acting on the pandemic! A lie told a thousand times does not come true! Share this video and bring true information to more people. #FTSTruths#FakeNewsNãopic.twitter.com/FpmLgNia0z

The President of the Republic and the STF.

– O @govbr continues throughout the pandemic, sending resources to States and Municipalities, as well as hospital material. It mobilized its entire federal structure, including the FAB aircraft, to transport medicines, oxygen and, above all, patients.