Politician called the Federal Court's decision a 'new hoax of the triplex'; he claims, however, not to have...
Read more

Netflix released on Friday (26) the trailer for the series Shadow and Bones, which opens in April 23rd. ...
Read more

In a lawsuit in the Labor Court, Globo was ordered in two instances to pay an indemnity of R $ 3.2 million to the cameraman Cleber Schettini do Rosário. The professional, who worked at the station for 46 years, filed the lawsuit because he understood that he was entitled to receive overtime and other labor rights related to the time he rendered services to the company.

THE TV News he had access to the documents of the process, and to the resources that have already been requested by Globo and the defense of the former employee. The case has not yet become final.

Videographer Cleber Schettini carved his name in the history of Sport on the network, with ten World Cups and nine Olympic Games on his resume. Her trajectory is even registered at Memória Globo, a website dedicated to professionals and programs that stood out in the audience leader.

The reporter left the company in February 2018. That same year, he filed a lawsuit in the Labor Court. The cameraman’s defense claimed that he worked overtime and had a night shift on Sundays, but that he did not receive full payments for work.

Schettini did not beat a point and had a flexible journey, something that Globo itself admitted. The professional also complained in court about the pause interval of just 30 minutes, the correct one being one hour.

“Postulates overtime from the fifth daily hour and thirtieth weekly, with an additional 60%, from Monday to Saturday for the first four overtime hours, and 100% for the other overtime hours, in addition to working on Sundays”, he asked. the defense of the cameraman. The share was fixed at R $ 3.2 million.

Cleber Schettini at an event covered by Globo

Globo’s lawyers explained that the ‘Agreement for the Extension of Working Hours’ had been agreed between the parties, whereby the working day was extended from 30 to 42 hours per week, with the first two hours exceeding the normal working hours were paid as overtime, already considered weekly rest breaks “.

The station also claimed that the professional had an average workday of seven hours, with an hour break for meals and rest; denied performing night work; and asked that “any conviction should be restricted to hours exceeding the weekly module of 30 hours, deducting the amounts already received by the author in relation to the first two hours daily exceeding”.

In the first instance, the 36th Labor Court of Rio de Janeiro accepted the main requests of Cleber Schettini do Rosário. Judge Leticia Bevilacqua Zahar found the extension agreement invalid and decided, based on the depositions and what was delivered, that he had an average 12-hour day.

“In light of the above, I grant seven overtime hours per day of work,” said the magistrate. As a result, the share price was high. After all, a new calculation of overtime changes advance notice payments, holidays plus a third, 13th salary, paid weekly rest and FGTS with 40%. In addition, the broadcaster was also ordered to pay for the nightly surcharge.

“The days of effective provision of services, the salary variation, the divisor 180 and the normative additions of 60%, from Monday to Saturday for the first four overtime hours, and 100% for the other overtime hours and for the work on Sundays not compensated “, determined the Justice.

Some excerpts from the decision: “For work after 10 pm, the 40% night shift is due over normal hours; the base hour calculation base will cover the base salary and job bonus and the night shift, the latter being for the hours worked at night; as usual, reflections of overtime and nightly premiums due to prior notice, holidays are due
plus 1/3, 13th salary, paid weekly rest and FGTS with 40% “.

The audience leader must still pay compensation for the time of 30 minutes that would have been removed from the break in working hours: “I grant 30 minutes per working day in which there was the suppression of the break, with an additional 50%, from 11/11/2017 until the breach of contract (02/09/2018) “.

The first conviction against Globo came out in July 2019; the broadcaster filed an appeal in order to “remedy the omissions pointed out [na decisão de primeiro grau], enabling the embargo [emissora], in this way, take the discussion to the highest level, if necessary “.

In July of last year, the judges of the 5th Panel of the Regional Labor Court of Rio de Janeiro judged Globo’s requests as partially valid, but “only to provide clarifications, without, however, giving a modifying effect to the judgment”. That is, the value was maintained.

The last movement took place on February 5, when the Superior Labor Court accepted appeals from both parties, both from Cleber Schettini and Globo. That is, the dispute may have a final chapter soon.

Sought, the broadcaster reported that it does not speak “on matters sub judice”; the defense of the cameraman was not in place until the closing of this text. 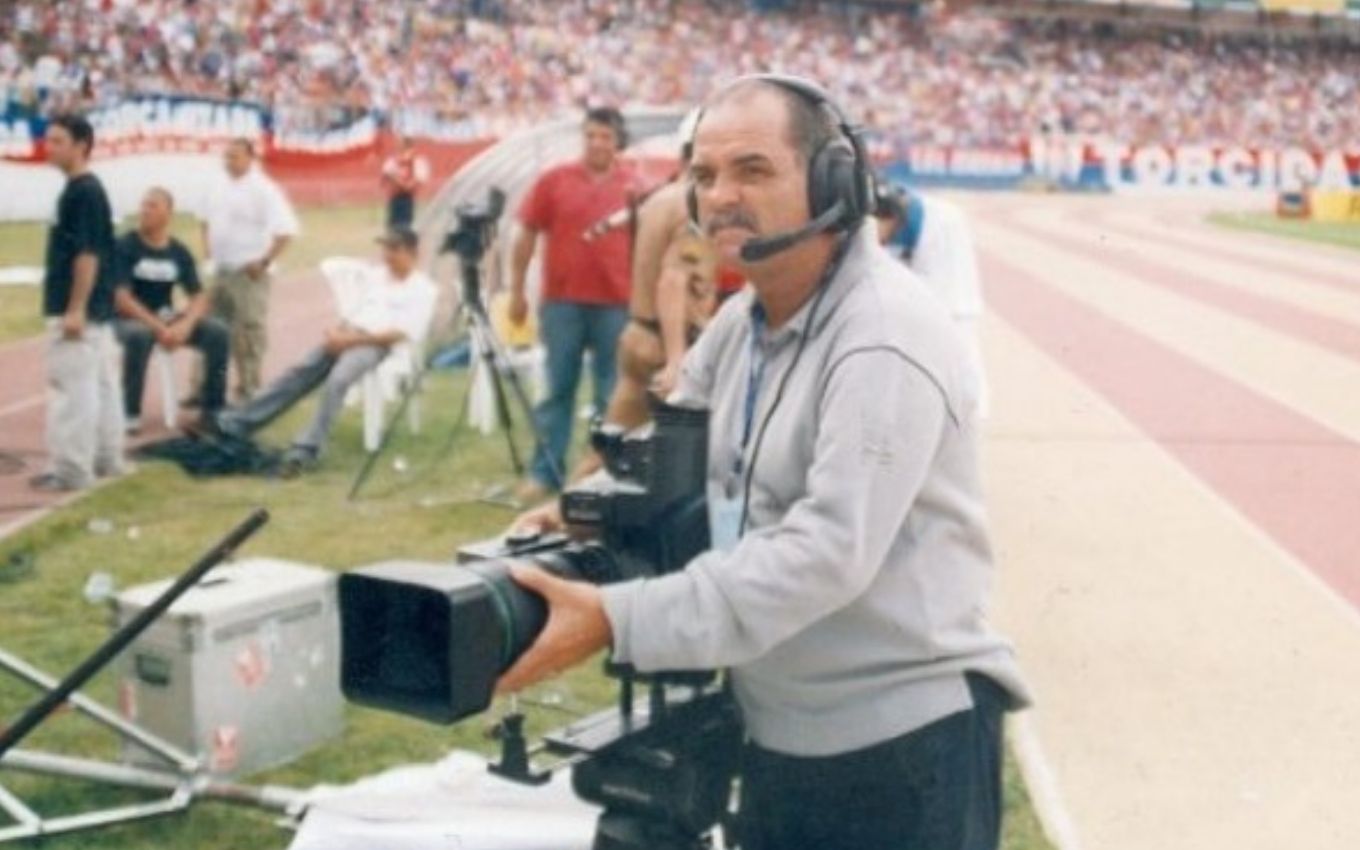 Schettini worked for 46 years at Globo

Who is Cleber Schettini?

The lawsuit indicates that Schettini is currently retired. According to Memória Globo, he was born in 1952 and started doing the first jobs for the station in the 1960s.

At the time, the cameraman’s father, Durval do Rosário, worked in an aviation company and had frequent contacts with executives of the television network, such as Walter Clark (1936-1997) and José Bonifácio de Oliveira, Boni, who used airplanes and helicopters. One day, Durval asked for a place for his son on TV and was answered.

“In the early years of the profession, when there was not a large structure in the Sports department, cinematographic journalists from Journalism were invited to broadcast games and competitions. At the moment when the sector was consolidated, Cleber Schettini was the first person of your area to be part of the department “, highlights Memória Globo.

The cinematographer’s first World Cup was in 1978. In addition to having worked as a film reporter, the professional also taught beginners at the invitation of director Carlos Henrique Schroder and held the position of “Globo image supervisor” between the years 1986 and 1998.

Politician called the Federal Court's decision a 'new hoax of the triplex'; he claims, however, not to have...
Read more
Business

Netflix released on Friday (26) the trailer for the series Shadow and Bones, which opens in April 23rd. The production brings the story...
Read more

Warner Bros. is developing a Superman reboot for theaters. After the three films idealized by Zack Snyder - in addition to the...
Read more

For the third consecutive week, Caio Afiune won the Angel's Test, which took place this Friday afternoon (26), and is immune to the vote...
Read more

In a test of luck and points, the brother, who is injured, obtained the highest sum Playback / Rede GloboCaio won this week's Angel TestCaio...
Read more