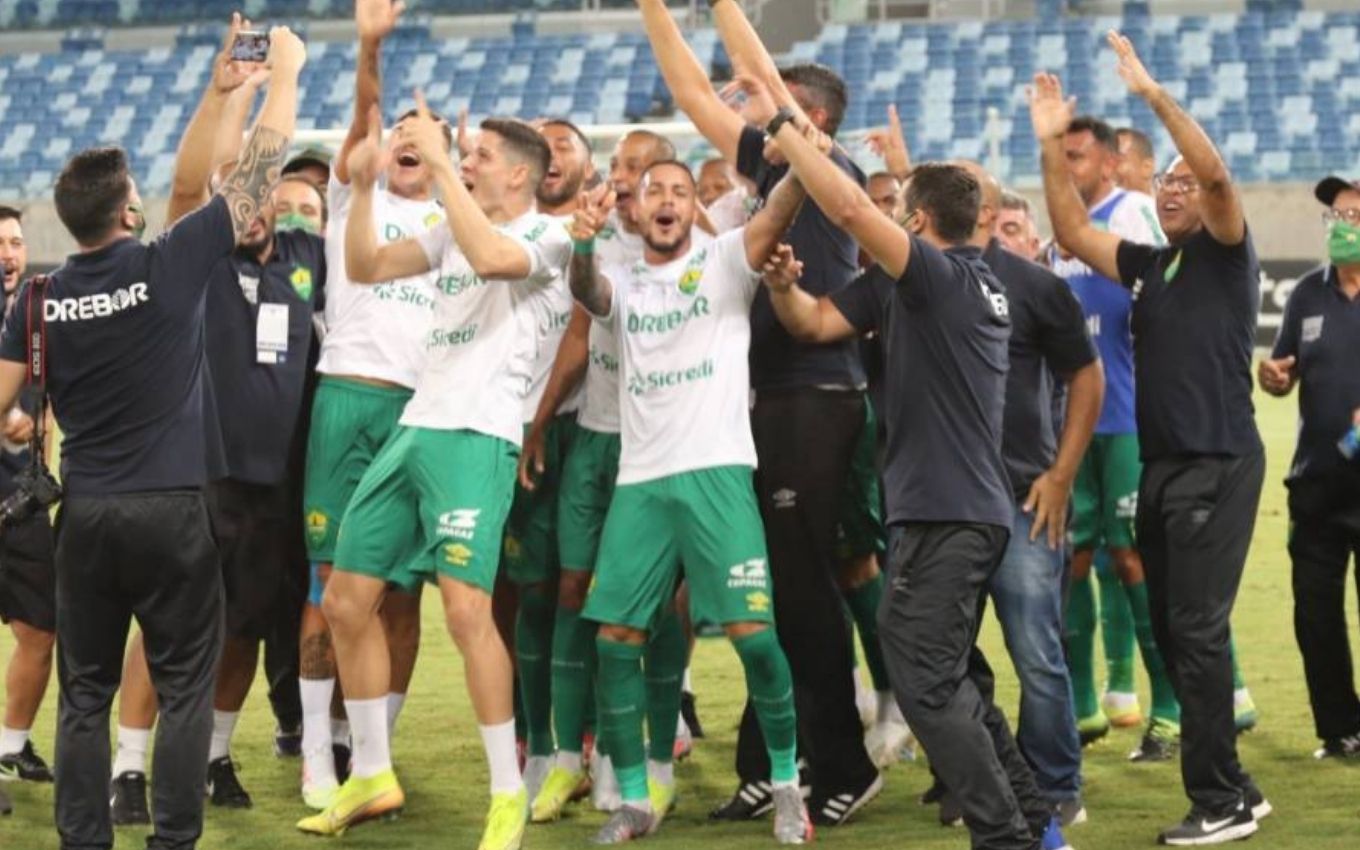 The agreement is valid until 2024 and also includes matches at Premiere, football’s pay-per-view. The distribution model of funds paid by the broadcaster for broadcast rights on open TV is the same as that of the other teams that compete in Serie A: 40% on an equal basis, 30% according to the number of games shown and 30% according to placement on the leaderboard at the end of the championship.

The negotiations took a long time to have an outcome because Cuiabá did not agree with the format of distribution of the money referring to the matches in the pay-per-view. In this case, the amount is paid according to the subscriber base on the platform. Juventude, another who recently signed a contract with the broadcaster, also complained about this point.

“I think the pay-per-view distribution model is unfair. It harms clubs like Cuiabá, which need the money to survive in a competition like Serie A. The model would need to be studied, because we cannot keep this abyss [entre os adversários]”, criticized businessman Cristiano Dresch, who manages the team in Mato Grosso together with brother Alessandro. The statement was given to the Globo Esporte website.

“There is all the appreciation of the product. As it is the first year in which we are going to play in the Serie A, we could not stay out of Globo,” added the manager.

With the agreement with Cuiabá, Globo maintains a link with all 20 clubs of Serie A of the Brasileirão. The broadcaster signed with 13 teams to display matches on all of its platforms. In addition to the team from Mato Grosso, the others are: América-MG, Atlético-GO, Atlético-MG, Bragantino, Chapecoense, Corinthians, Flamengo, Fluminense, Grêmio, Internacional, São Paulo, Sport.

Bahia, Ceará, Fortaleza, Juventude, Palmeiras and Santos signed a contract for open TV and Premiere. Athletico-PR is the only one to subscribe only to open TV. These seven teams have an agreement with Turner, a North American media conglomerate that owns several pay TV channels, including TNT, where the Brasileirão duels are shown.

Last year, Globo and Turner fought a war in Justice for the rights to broadcast the competition’s clashes after the publication of MP 984, signed by President Jair Bolsonaro, in June 2020. In the end, the audience leader won, as that the Mandante MP, as it was called, was not considered in the National Congress and expired.