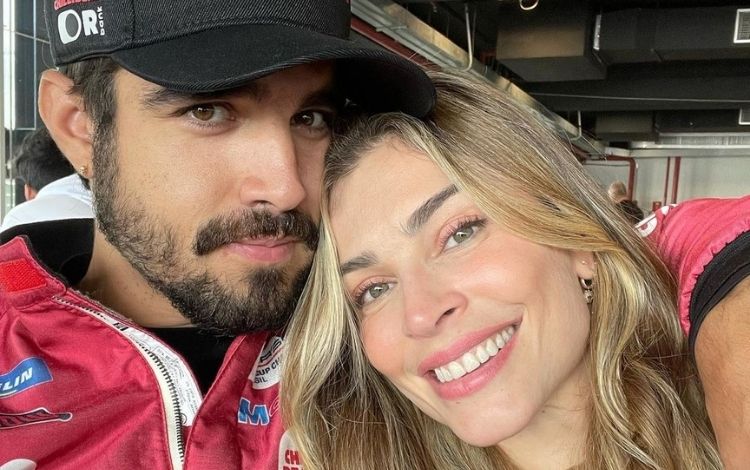 The actress Grazi Massafera closely followed the actor’s victory, and now a pilot, Caio Castro in the Porsche GT3 Cup that took place this Sunday, 18. “Champion in Interlagos! How much emotion, how proud of him”, wrote the artist on Instagram. In addition to waving the victory flag, Grazi also gave the trophy to her boyfriend, as happened in the race on Saturday, 17, in which Caio was also on the podium, but in third position. In stories, the actress also posted a video in which she appears backstage at the race rooting for her boyfriend. “A shot of adrenaline off the track (laughs).”

Caio is the 100th driver to win the race, according to the official Instagram profile. Porsche Cup Brasil: “Caio took the lead on the first lap after a great overtaking over André Gaidzinski. At the end of the race, he held the strong pressure of Cristian Mohr to win his first victory in the category! When crossing the finish line, Caio Castro finished first both in the general and in the Sport class”. The actor’s name ended up in the most talked about topics on Twitter this Sunday, 18th, as many followers were surprised to learn that Caio is also a pilot.

Caio Castro’s victory in the Porsche GT3 Cup in Interlagos – and with the flag of Grazi Mazafera!

watching a Porsche race in the Band where CAIO CASTRO is LEADING, the cook EDU GUEDES is p11 and GRAZI MASSAFERA ​​is in the paddock

Caio Castro is the new Rodrigo Hilbert. Dude became a driver these days, today he’s leading a race in the Porsche Cup

I just found out that Caio Castro is a pilot, he was going to die without knowing it!pic.twitter.com/xuGTUHYzQm

I had no idea that Caio Castro was a pilot kkkkk