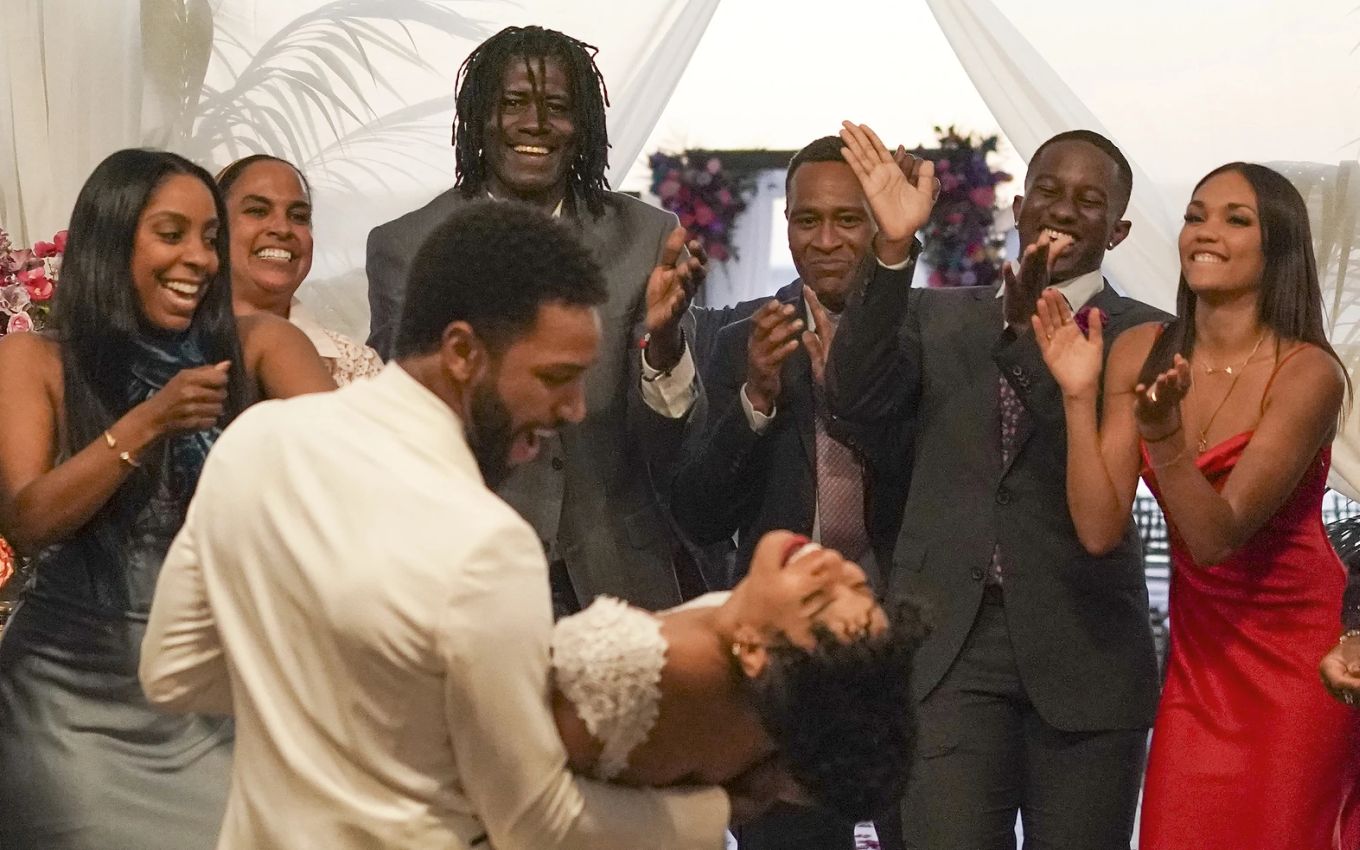 After tackling the pandemic during an intense and moving season, Grey’s Anatomy moved forward eight months in time to leave Covid-19 a turning page. The last episode of the 17th year showed the Gray Sloan Memorial doctors being vaccinated and, to point out that the virus was in the past and life is returning to normal, promoted a cluster of those at the wedding of Maggie (Kelly McCreary) and Winston (Anthony Hill ).

Due to the safety procedures adopted, which slow down the recording process, the season only had 17 chapters, much shorter than usual. But, because it addresses such a current topic that affects the world population on a daily basis, it was quite heavy and long for those who watched it. So, nothing better than ending the year with a big party.

To mark the advance of time, the episode Someone Saved My Life Tonight had as main patient Gerlie (Aina Dumlao), a nursing home caregiver who had tested positive for Covid. Between improvements and relapses over the eight months, she became something of a pet case for Meredith (Ellen Pompeo), who wanted to assure her a normal life — something the doctor also seeks for herself, since the virus causes took.

The protagonist, by the way, began her new job as chief residents, but angered Bailey (Chandra Wilson) by changing some of the traditions of the novice doctor program. Between slaps and kisses, the two ended up understanding each other — Meredith emphasized that she won the position precisely to innovate and make something different from her predecessors.

Over the course of the eight months, Jo (Camilla Luddington) also invested heavily to win over Luna’s guard. In a lawsuit that involved a fake adoption by Link (Chris Carmack), the sale of her shares in the hospital — to everyone’s dismay, the buyer was Koracick (Greg Germann) — and a change of address, the doctor finally secured. that the baby will be your daughter.

Link, on the other hand, did not have a happy outcome. Excited about the prospect of having another baby, he asked Amelia (Caterina Scorsone) to marry him once again. The neurosurgeon, who had to fight all the time against addiction in the midst of the pandemic, did not respond to the romantic proposal, breaking the handsome man’s heart.

More luck had Teddy (Kim Raver) and Owen (Kevin McKidd), who advanced their relationship and became engaged once more — hopefully, this time, she won’t go to bed with someone else on the day of exchanging rings .

And Meredith, after losing DeLuca (Giacomo Gianniotti), has returned to flirt with Cormac Hayes (Richard Flood) — the romance should kick in in the new episodes, and this time without the protagonist complaining that she was being forced to put her character in a new one. relationship.

The 18th season of Grey’s Anatomy was announced in May, after Ellen Pompeo renewed her contract. The wave of unpublished episodes still has no release date on the ABC network, in the United States, or on the Sony Channel, which airs the series in Brazil.