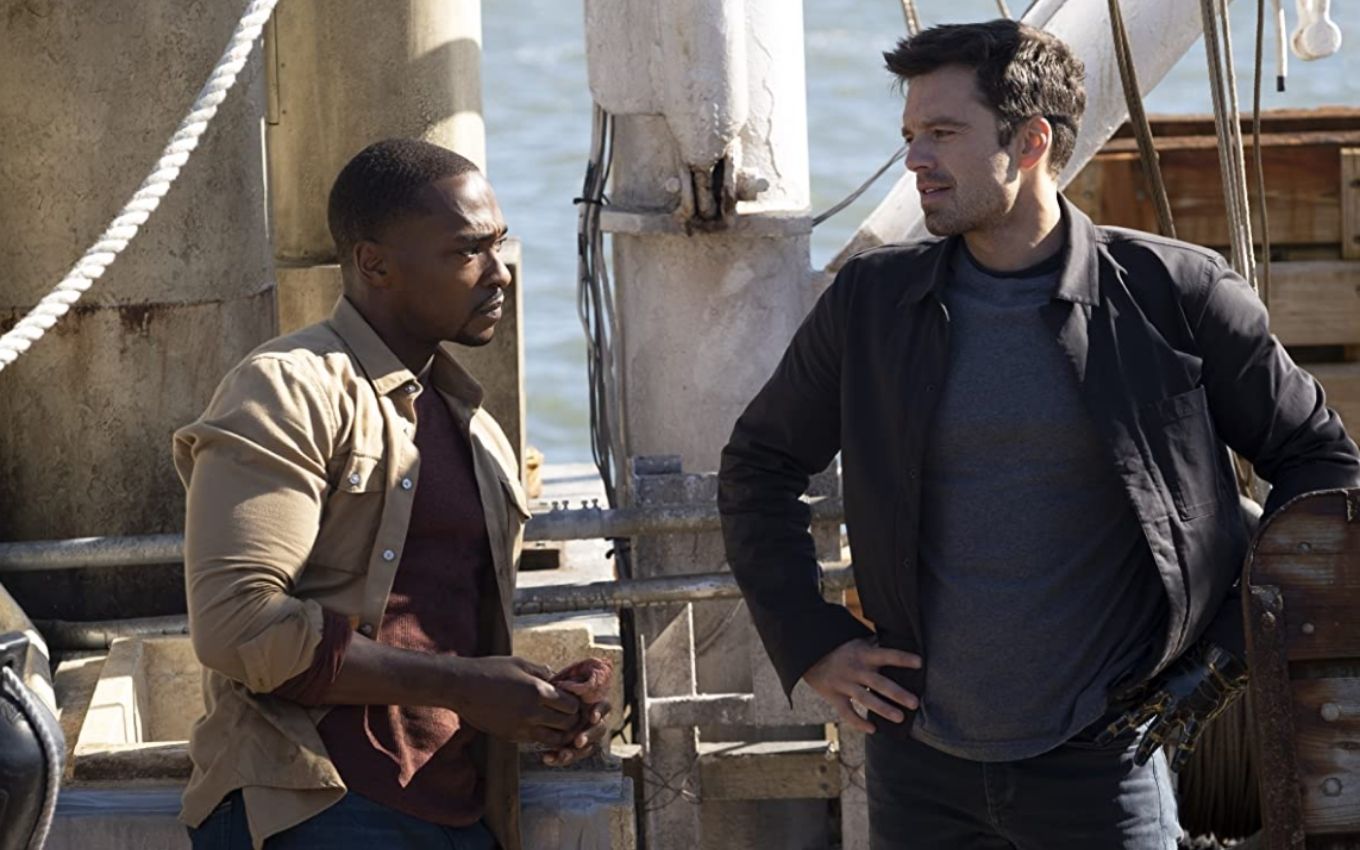 The first episode of Hawk and the Winter Soldier debuted this Friday (19) in the Disney + catalog to assume the post of WandaVision (2021) as the sensation of the time in the Marvel Universe. The series brings back the heroes played by Anthony Mackie and Sebastian Stan and takes up the classic formula of the studio, with scenes full of action.

The plot begins six months after the Blip, the name given to the event that brought back 50% of living beings after the final battle against Thanos in Avengers: Endgame (2019). Sam Wilson (Mackie) now fights alongside the United States Air Force and already begins his journey in the series facing new villains.

For those who do not miss details in the MCU, the first episode presents some surprises. While working to rescue a soldier kidnapped by a criminal faction called LAF, Sam faces Georges Batroc (Georges St-Pierre), the villain introduced in Captain America 2: The Winter Soldier (2014) and who fought none other than Steve Rogers (Chris Evans ).

The initial sequence shows that the Casa das Ideias studio will not always explore different formats – as it did in WandaVision. With the Falcon costume, Sam faces the bandits (and helicopters) with acrobatics in the air in breathtaking scenes and without losing the charisma characteristic of his character.

Back in the United States, the series shows what many fans have been waiting for since the end of Ultimatum: the fate of Captain America’s shield. Unsure of continuing with Steve’s legacy, Sam delivers the item to the US government to be part of a museum created in honor of his old friend.

Even chosen by Captain America himself to be the bearer of the shield, Falcão is reluctant to accept his destiny. Present at the museum’s opening press conference, James Rhodes (Don Cheadle, in cameo) questions Sam if he is making the right decision. The answer, however, is the same as in Ultimatum: “The shield appears to be someone else’s.”

The premiere episode of Falcão and the Winter Soldier didn’t just work in action. When the plot reintroduces Bucky Barnes (Stan), the ex-villain is consulting with a psychologist to talk about his current situation in the world after returning from Blip.

For almost 90 years, while being controlled by Hydra, Bucky only knew what war was. With the help of the Black Panther (Chadwick Boseman), he regained consciousness and had a brief moment of peace during his stay in Wakanda – until he was forced to fight again with the arrival of Thanos and his troops.

Repenting of his crimes, Bucky tries to deal with his traumas by making peace with his past. He moved back to Brooklyn and helps his neighbor, Yori (Ken Takemoto), the father of one of his many victims on missions on behalf of Hydra.

In Sam’s case, he returns to his home in Louisiana to try to help his sister, DeeDee (Indya Bussey), get a loan from the bank. A career as a hero, however, does not allow certain miracles to happen.

The sequence of his conversation with the bank manager is interesting to show the current reality of the world after the Blip. People who have returned from nowhere need to make up for the time they lost, and even the strong financial capital of these institutions cannot help so many individuals at the same time.

If the beginning of the episode re-introduced LAF and Georges Batroc, the series’ greatest threat appears to be another faction. Called Stateless, the group has caused terror in some places with the discourse that the world was better off before the Blip, that is, without half of its inhabitants.

Still unknown, the leader of the group beats Private Torres (Danny Ramirez), Sam’s companion in the Army, which draws Falcão’s attention. The investigation around the Stateless People seems to be one of the main focuses of the first season.

The end of the episode still found time to introduce another character that should be very important in the series. After Sam handed over Steve’s shield, the US government decided that the country needed a new symbol to reassure its citizens. For this reason, they present a new and revamped Captain America.

As revealed in the trailers, the new Captain will be John Walker (Wyatt Russell), known in the comics as the antihero American Agent. In comics, he already wore the mantle during the absence of Steve Rogers and, with a brutish style, he showed himself very different from the holder. Falcon and the Winter Soldier will inform whether Russell’s version will be a villain or not within the Marvel Universe.

Check out the teaser released by the studio of the second episode of the series: