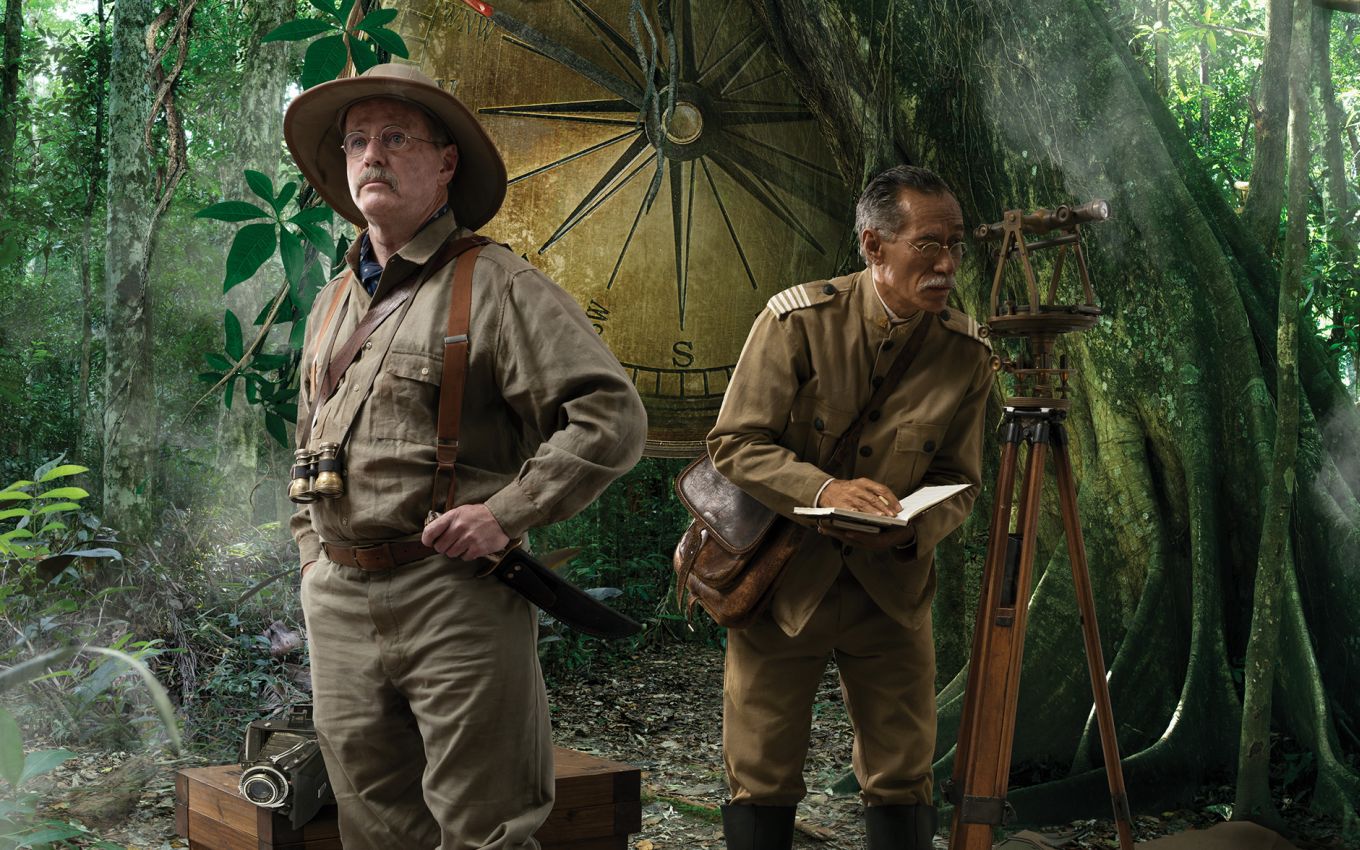 The American Guest series, which debuts on HBO Max this Sunday (26), was conceived as a work of fiction based on a true story. President Jair Bolsonaro’s new disregard for Brazilian culture, however, turned the production into a kind of “historical record”. The plot addresses a historical event whose footage was destroyed in the fire at the Cinemateca Brasileira, at the end of July.

Without the original documents, consumed by the fire, the only chance the public will have to know the real story will be following the fiction series — which, oddly enough, was recorded in 2018, before even Bolsonaro was elected.

In four episodes directed by Bruno Barreto, O Hóspede Americano tells the story of the visit of former US President Theodore Roosevelt (Aidan Quinn) to Brazil, and the journey he took with Cândido Rondon (Chico Díaz) through the Amazon to explore and map the Rio da Dúvida — later named Rio Roosevelt in honor of the foreigner.

The Rondon-Roosevelt Scientific Expedition actually took place between 1913 and 1914 and tried to determine whether the river in question was a tributary of the Amazon. The adventurers face several troubles, and Roosevelt nearly died on Brazilian soil — experts say the former president’s life was severely shortened by the trip.

Rondon’s interpreter, Chico Díaz points out that the then general was a man who knew how to use the media to his advantage. Therefore, he filmed his expeditions and turned them into short documentaries, which were shown in Brazilian cinemas and, often, attracted the public more than the feature film shown as the main event of the session.

“I had access to this film material by Rondon, because he filmed everything. He was an adventurer, but also a media man, just like Roosevelt. So I based myself on these films, which were lost in the fire at the Cinematheque”, laments the actor.

There were thousands of images of indigenous nations still intact, preserved, the most beautiful thing in the world. I get emotional here because of the loss of this material, not only the loss of nations, but the loss of material that was destroyed at the Cinemateca.

The 62-year-old actor, who works in English for most of the series, argues that Brazilians have a short memory, and that characters like Rondon should not be forgotten — or restricted to a tribute like the State of Rondônia, which takes its name from cause of the explorer.

“I think we have to carry out the rescue of memory and the cult of our founders as a civilization. We are a people with almost no memory. This is very serious! That’s what happened to the Museum [Nacional, que pegou fogo em 2018], what happened to the Cinematheque. These are small details of how Brazilian practice denies the past, does not feed on it,” philosophizes Díaz.

“Rodon is an iconic person, he is a figure to be remembered day and night, even more so being from the Army. We are living in a time when the Army is wanting to play a role… [Os soldados] they should look very closely at Rondon’s image,” he says.

Engaged in social issues and critical of the government, the Mexican-born actor doesn’t miss a chance to nudge the president. “And it’s not just Rondon, we have several other figures that are currently being forgotten and will be relegated to oblivion. We are living in a time when it is not good to plant what was valuable in Brazil, right? Times are cruel “, pin.

Check out the trailer for The American Guest: