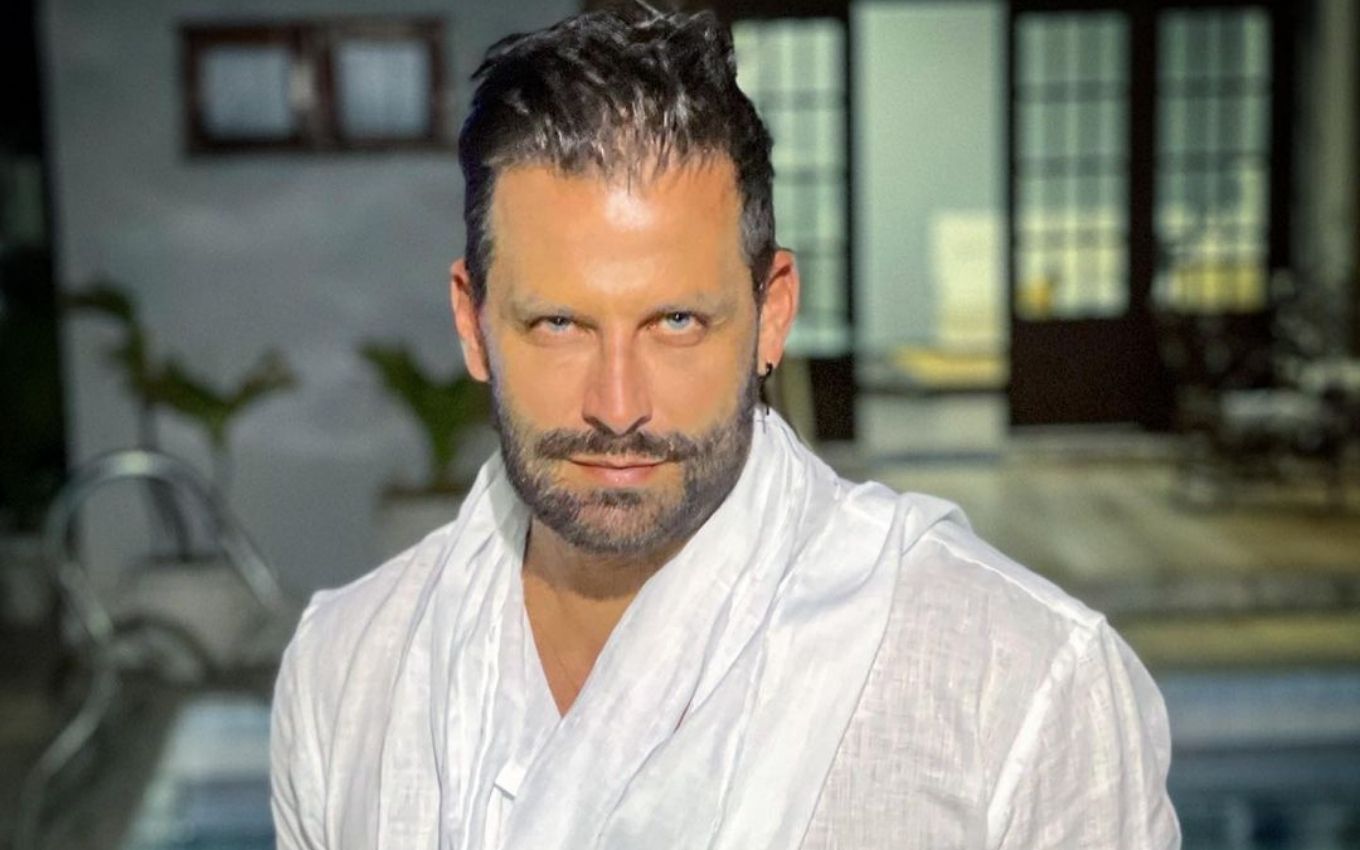 Henri Castelli revealed on Monday night (11) that he was assaulted at the end of last year. In a sequence of Stories on Instagram, the actor gave details about the episode in Maceió (AL). Crying, he said he was beaten “cowardly” and showed the bill exposed in his jaw, other injuries and tests.

He denied the very version he had given that he had been injured in the gym and told why he chose to reveal the truth only now.

“They announced recently that I got into a fight in Alagoas, which is not true. It was very sad what happened to me. You must have seen that I was admitted to Santa Casa de Alagoas at the end of the year due to an accident at the gym But the truth is that it wasn’t an accident and it wasn’t at the gym. I was cowardly attacked without being able to react or defend myself “, he started.

“What happened was that I was with some friends and out of nowhere I was pulled by the neck and thrown on the floor. I was attacked, victim of punches and kicks in the face that caused an open fracture in my jaw”,

The protagonist of Flor do Caribe (2013) posted the tomography that proves the fracture at the site and said that, after being attacked, he had the feeling that his mouth was hanging down.

“The fracture is noticeable. We left the place and at the time we realized that I had been violently attacked. The impression I had was that my mouth was hanging at that moment”, he stressed. In pain, he called his personal dentist, who advised him to look for the nearest hospital.

Castelli pointed out that he only invented the version that he had been injured in the gym so as not to cause panic in his family, especially in his mother.

“After I left the hospital, my aide asked why I had gone to the hospital. We decided to talk about the accident at the gym so as not to scare my family because, let’s face it, call your mother and say ‘mom, I was beaten , I fractured my jaw, but I’m fine ‘is not the best idea “, he declared.

“My mother only knew everything when I came home from the hospital after the surgery. I needed to fulfill my commitments and continue my work trip,” he added.

Marcelo Amaral, the artist’s lawyer, instructed him to go to the delegation and from there to the IML (Instituto Médico Legal) to pass the crime exam. According to the actor, the case occurred on December 30.

“At that time it was possible to identify the aggressors. It was December 30th. The report was only collected on the Monday following the New Year. We kept the history of the academy for me to follow my work. I went to Fernando de Noronha and returned on the 7th. That night I went home, made a new video to record a preoperative and I only thought about my family, my children “, said Castelli, moved.

He was operated on last Friday (8). The surgery was successful and the artist was discharged the same day. “My mouth is still crooked and very swollen. That night I sent a message to my mother saying that I was at home and that I was going to sleep,” he pointed out. The idea was to reveal the whole story on Saturday, but that was not possible because Castelli was not yet in physical condition.

“Only now did I feel calm to tell you the truth. I would come and talk to you here on Saturday, but I woke up with a new bruise on my face and chest and my lawyer told me to go to the police station again to make a report. So I waited some more to go public “, reinforced the actor, who said he was afraid of having sequels, but who forgives the aggressor.

“I, now, will need rest and clinical follow-up. I hope there is no sequel. There is still a lot to do. I forgive. I am not angry and I just want to recover and be without any sequelae”, concluded .

Watch the testimony of Henri Castelli: