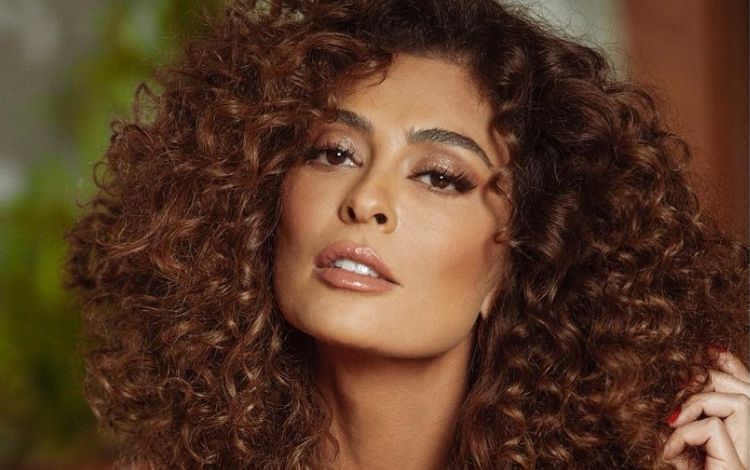 Post of the actress on this Wednesday night, 2nd, yielded a lot on social networks

The post of Juliana Paes on Wednesday night, 2, on their social networks it continues to yield. The actress posted a video on her Instagram saying she was “assaulted” by a colleague after defending the doctor Nise Yamaguchi. In the recording, Ju also speaks out against “the arrogance of the right and the communist ravings of the far left”. The post yielded many comments, including from celebrities and co-workers. Ludmilla defended Ju saying she was “too sensible” and that she always admired the right person. In another post, the singer said she was also attacked by the same person, who the internet considered as the comedian Samantha Schmütz who criticized her for a concert at Copacabana Palace during the pandemic. Sarah Andrade, ex-BBB, also supported Ju.

Those who questioned Juliana’s publication are Letícia Sabatella, who responded with a large text telling her friend that she would like to talk one day about the situation in the country and asked her to look at poverty from another angle. “I believe so much in your light, in your inner beauty, that I allow myself not to admire all the points of your speech, but rather, to call you to a very fraternal conversation”, he wrote. Who was also in the same line of “friendly criticism” was the actor Icarus Silva who cited the privileges gained by the co-worker and her lack of ’empathy’ with people from other social classes.

“You are smart, talented, charismatic, loved, iconic, beautiful. But his thinking does not go beyond the bubble of the upper class (…) His position is that of someone who does not know what hunger is, of someone who does not understand what misery is”, he commented. the also actress Patricia Pillar was more succinct when asking “what communist delusions?”. The subject yielded so much that it took all the names mentioned above to Twitter Trend Topics and also caused reactions outside of it. Bruno Gagliasso used a post in her stories that read “neither left nor right = right” from the Barbie Fascist profile, which many linked to Ju’s post. Check out all the comments in full below: 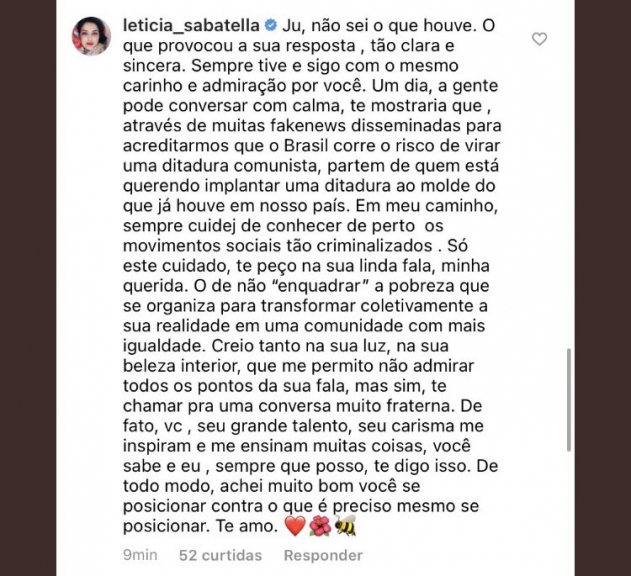 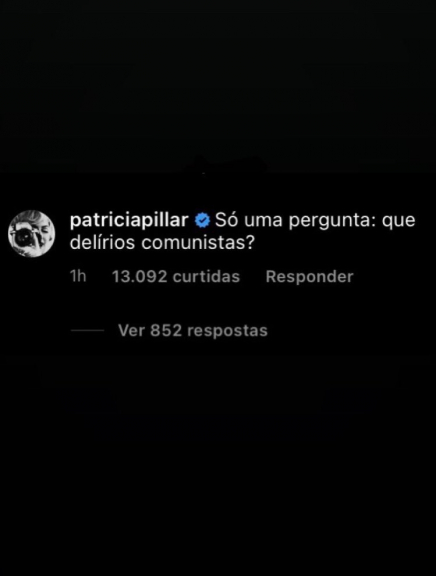