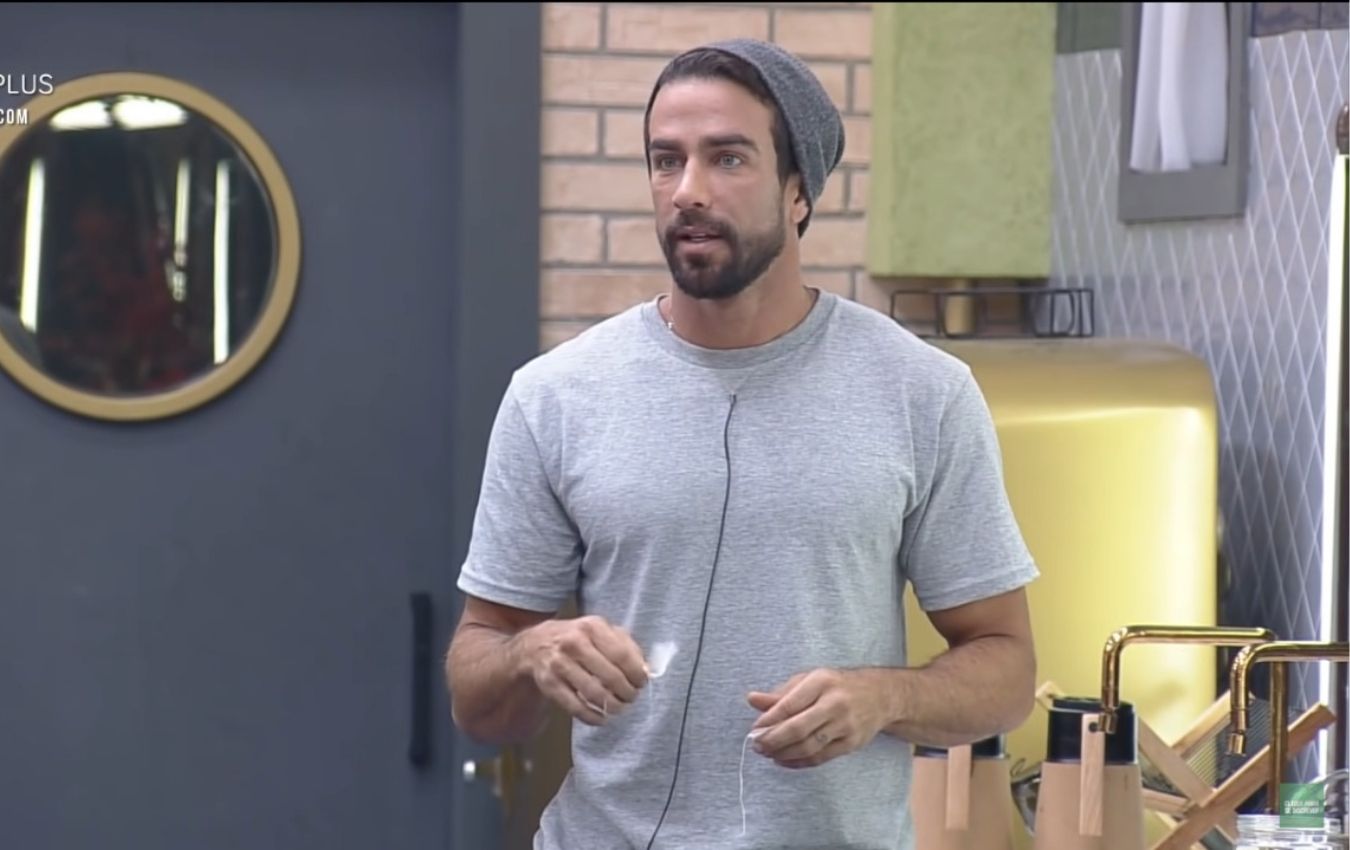 Erasmo Viana was revolted when he learned that MC Gui caused a new punishment in A Fazenda 13. The funkeiro forgot to take his bucket to the stall on Monday night (20). Therefore, the participants will be 24 hours without coffee on the reality show. “I’ll have to have tea,” complained the model this Tuesday morning (21).

The fitness influencer was annoyed after he threw away the only coffee available in the house, which had been made before the production was announced. “I threw it away because I wanted to make a fresh coffee,” explained Erasmo, needling MC Gui, who apologized for not having warned about the punishment earlier.

“I didn’t know, if I knew I would at least have had breakfast yesterday,” said the model, in an irritated tone. “Imagine I slept with that in my head,” countered the MC, still remorseful for having made the whole house punished. “Forgive me for real, brother, I’ll wait for everyone to wake up to apologize,” said the artist.

In a joking tone, Erasmus laughed at the funkeiro and said that everyone would be very angry with what had happened. “There’s nothing to do,” replied the blonde. “I turn around and drink tea, I just need to find out what these teas are so I don’t drink passion fruit tea and make me sleepy,” the fitness model said, as MC Gui left the kitchen.

Check out the full moment in the video below.

The new punishment occurred at dawn this Tuesday (21), after MC Gui forgot his bucket in the bay inside the headquarters. After the pedestrian searched for hours, the alert signal was triggered by the production of the program, at which time the funkeiro realized that he had lost the object.

“But the bucket is gone, what am I going to do?”, complained the MC in conversation with Liziane Gutierrez, Tiago and Dayane. A few minutes after the alert sounded, Gui Araujo informed his fellow inmate that the bucket had been found near the mansion’s bathroom. Due to the forgetfulness episode of the funkeiro, pedestrians will have to go 24 hours without coffee.

Dayane, who is one of the singer’s enemies in the reality show, took the opportunity to mock the fact that her rival has criticized her on other occasions and judges her for having made the same mistake a few days ago.

“I think those in the rain are supposed to get wet. It wasn’t the first and it won’t be the last [punição]. The people who were judging me for that, the world goes around. Go get your bucket, that’s why I’m telling you, we can’t be here for judgment,” the model needled.