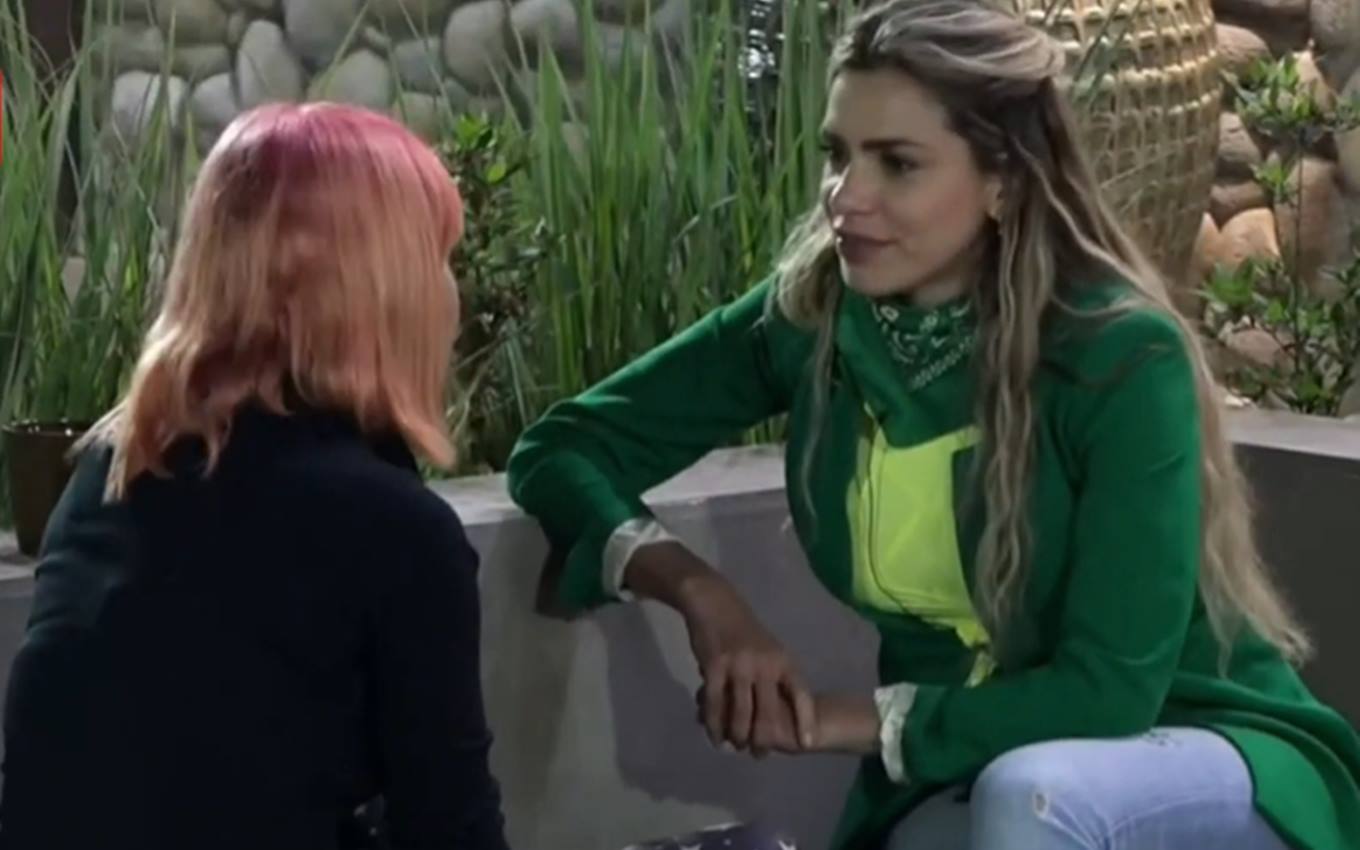 Valentina Francavilla gave some advice to Erika Schneider in A Fazenda 2021. On Tuesday (5), the stage assistant said that the dancer is taking a vulnerable position in the game, as she became the main target of the other participants of the rural reality show . “You’re just sad,” observed the Italian.

Since her management as a farmer and Mussunzinho’s appointment to the farm, Erika has come to receive several criticisms from other inmates. Concerned, Valentina approached Faustão’s former dancer and gave her opinion: “Time is passing, and you’re just sad. One day, you’ll arrive at your house and say: ‘How I suffered for nothing’ . Strength”.

“The best is prepared for you, God will put in your life what is best. Faith, focus and lift that head, dry those tears, let’s not let anyone see that you’re sad. If you’re going to cry, cry alone”, he advised Valentina. “I think if there was no one [comigo], I would have already rung that bell,” assumed the blonde.

Valentina, then, mentioned the name of Juliette Freire, champion of BBB21, who also faced situations of exclusion during her time on Globo’s reality show.

“Remember Juliette? She was alone,” recalled Mouse’s stage assistant. “She was a warrior,” commented Erika. “If there’s a feeling that kills me, it’s exclusion, and there’s a lot of that here,” continued the Italian.

Next, Valentina said that Erika doesn’t need to be asking for attention from people who don’t care to have her around. “I keep seeing you trying to explain yourself all the time, through affection, approach. There are people who don’t deserve your affection.”

“Smile, old man. If I look over here and see you sad, I’ll hit you. You have wonderful people. You’re so sweet. Why give so much importance to people you think don’t want you well?” continued the pawn.

Check out some excerpts from the conversation:

valentina giving advice to erika, I love this woman so much ❤