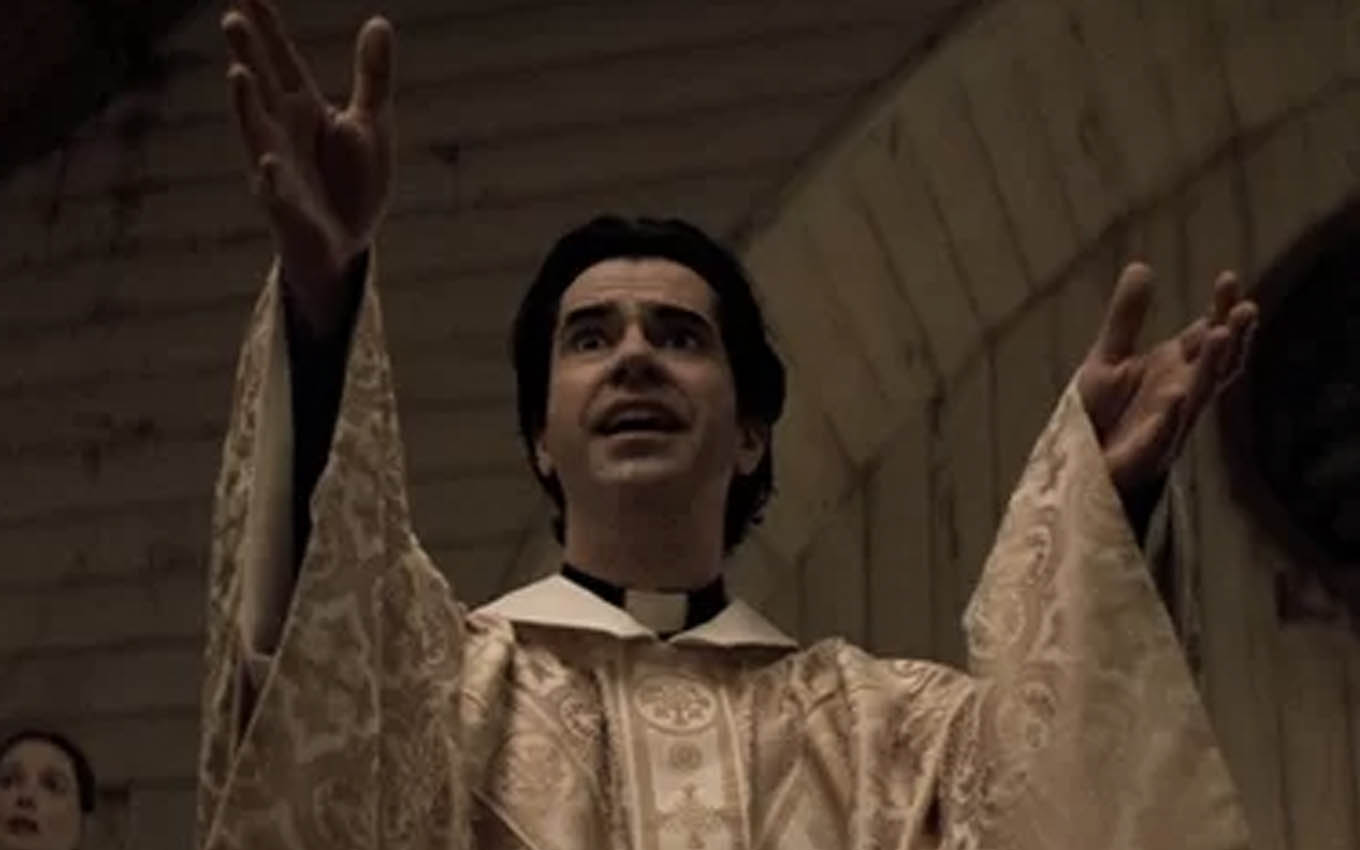 One of the “darlings” of the moment, Missa da Meia-Noite took the Top 10 of Netflix in Brazil by storm last weekend with the mystery surrounding Father Paul Hill (Hamish Linklater). Despite the hype, the series commits a sin that perhaps even Jesus would not forgive: everyone has had more fun watching relatives argue with the Mass of the Rooster playing in the background at Christmas.

Mike Flanagan’s production, also behind The Curse of the Hill Residence (2018), obviously comes out at a disadvantage as it becomes difficult for any priest to compete with Pope Francis’ charisma every December 25th. Linklater, however, even has his moments to shine during the Crooked Island parish priest’s sermons.

The first of them, by the way, appears in the second episode, which, together with the first chapter, provide an experience worthy of the excitement of any atheist teenager who was forced by his parents to attend catechism. Dragged and full of symbolism, they are perhaps the best representation of Purgatory ever seen on Netflix.

Viewers who manage to atone for their sins will finally be blessed by the third episode, when Paul finally starts to get his wings out. A twist that, for those who didn’t sleep at the beginning of the story, isn’t all that surprising.

After all, Flanagan is perhaps the director most in line with Netflix’s perspective of producing content capable of pleasing the platform’s algorithms, and can be recommended to almost all of its subscribers — from the lady who rooted for Estela (Lavinia Vlasak) to get the Padre Pedro (Nicola Siri) in Mulheres Apaixonadas (2003) to the snuff movies fan.

Midnight Mass is irritating, repeating the allegories all the time and exhaustingly displaying objects that will be important in the plot, delivering practically everything chewed to the spectator.

It is not necessary to be a Sherlock Holmes to reach the end of the first episodes, already suspecting that the glass of wine, which is passed from mouth to mouth in communion, has a fundamental role in the narrative. The glass even has more screen time at certain times than the protagonist himself, Riley (Zach Gilford).

With the turn, the series even takes on a new lease of life reminiscent of the heydays of American Horror Story, in which Ryan Murphy would put several themes inside a bag and simply draw blindly which ones he would mix in another season — leaving the audience as lost as the Asylum aliens (2012).

The plot even makes a good choice in bringing out religious fundamentalism, but it fails to forget that the public has seen at least a bunch of productions on the subject. Some scenes are quite similar to the recent Rogai por Nós (2021), which drinks from the same source as Flanagan — read Stigmata (1999), which is in the catalog of competitor Amazon Prime.