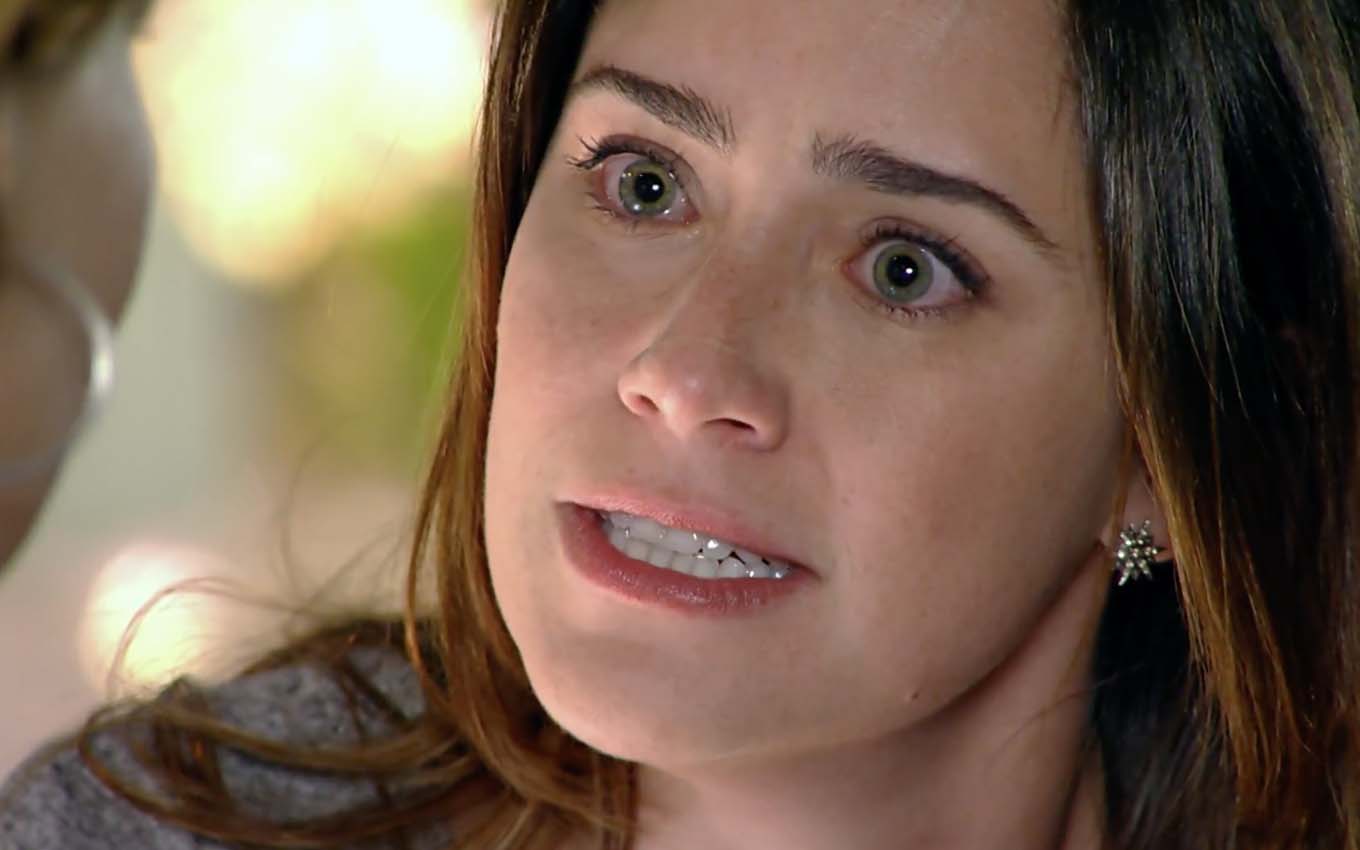 Ana (Fernanda Vasconcellos) will give Eva (Ana Beatriz Nogueira) an ultimatum in the last chapters of A Vida da Gente. The former tennis player will demand that the villain treat Manuela (Marjorie Estiano) with more respect so as not to be removed from her family life. “Either you solve this once and for all or I’m not going to be your daughter anymore,” the young woman will shout on Globo’s six o’clock soap opera.

The shrew will take advantage of a fragile moment of the former tennis player, who will pray a rosary in the hospital chapel during Julia’s (Jesuela Moro) transplant. “It doesn’t stay like that, everything will be all right. She’s an enlightened child, God won’t allow anything bad to happen to her”, the lady will console.

“Okay, but it turns out that my sister is also being operated on right now,” Ana will lament. it looked like I was going to knock that girl down. No one knows what state that liver is in,” Eva will fire.

Tired of so much nonsense, the character of Fernanda Vasconcellos will get up to leave. “I’m done and forever, mother. Because not even at a time like this you’re able to give up, to let yourself be touched”, complains the ex-sportsman.

“But I’m in solidarity”, will return the van. “Yes, you are, yourself. And your only interest is to get away from everyone and my sister and make me your thing. But listen to what I’m going to tell you. Or you’ll settle this once and for all or I’m not going to be your daughter anymore”, will amend Sofia’s trainer (Alice Wegmann).

Eva will say she doesn’t accept threats, and Ana won’t miss the chance to tell some truths. in the scenes that will be shown this Thursday (5)in Lícia Manzo’s brochure:

It’s not a threat, but the realization of the magnitude of your madness. And I tell you more. A mother who is able to create a perverse equation between two sisters, everything to one and nothing to the other, is not a mother. That’s why I’m telling you, and this time, it’s very serious: either you try to act like a balanced and human person like Manuela has always deserved, or I won’t relate to you anymore.

Globo premieres the unprecedented song Nos Tempos do Imperador on the next day 9 in place of A Vida da Gente. In addition to spoilers, the TV news publishes daily the summary of the six telenovelas that the network reruns due to the Covid-19 pandemic.