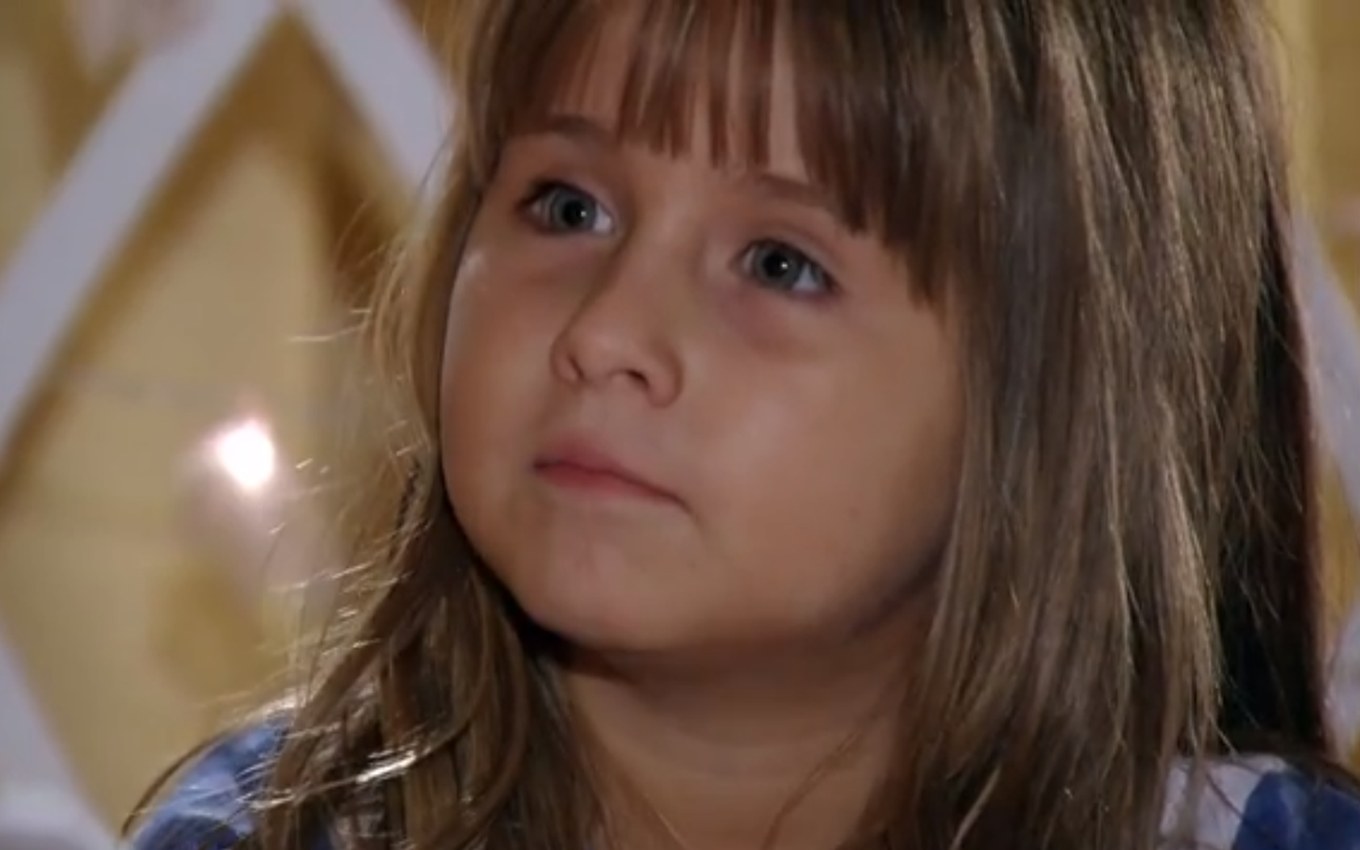 Curious, Júlia (Jesuela Moro) will catch Rodrigo (Rafael Cardoso) off guard when he starts asking questions about Ana (Fernanda Vasconcellos) in A Vida da Gente. The little girl will want to know what the family’s life will be like now that the tennis player has woken up from a coma. “Ana was what was yours?”, The child will shoot in Globo’s six o’clock soap.

The architect will be putting the heiress to sleep, but before going to bed the girl will ask to talk. “When Ana leaves the hospital, where will she live?”, Will ask the little girl. He will try to respond naturally. “At her house, hey. She’s going to find a little house for her now,” explained Rodrigo.

“Remember that we used to talk, that we told you a lot of times that she stayed there with you in her tummy, then you grew up there, then she took care of you and then she was unconscious?”, Recalls the good guy.

“Then we went to live at the bison’s house …”, will complete Júlia. Jonas’s son (Paulo Betti) will confirm and say that she knows the whole story, but Jesuela Mouro’s character will still have one last question.

Boyfriend of the two mothers?

“Just one more thing. When I was born, Ana was what was yours? Was she your girlfriend?”, The blonde will ask, taking Nanda’s brother (Maria Eduarda de Carvalho) by surprise. “When you were born she was my girlfriend, yes”, confirms Manuela’s husband (Marjorie Estiano).

Julia will want to know how the situation looks now that Ana has woken up. “Now I am the boyfriend of your mother Manu and nobody else”, will end the handsome guy. The scenes will air from next Saturday (8).