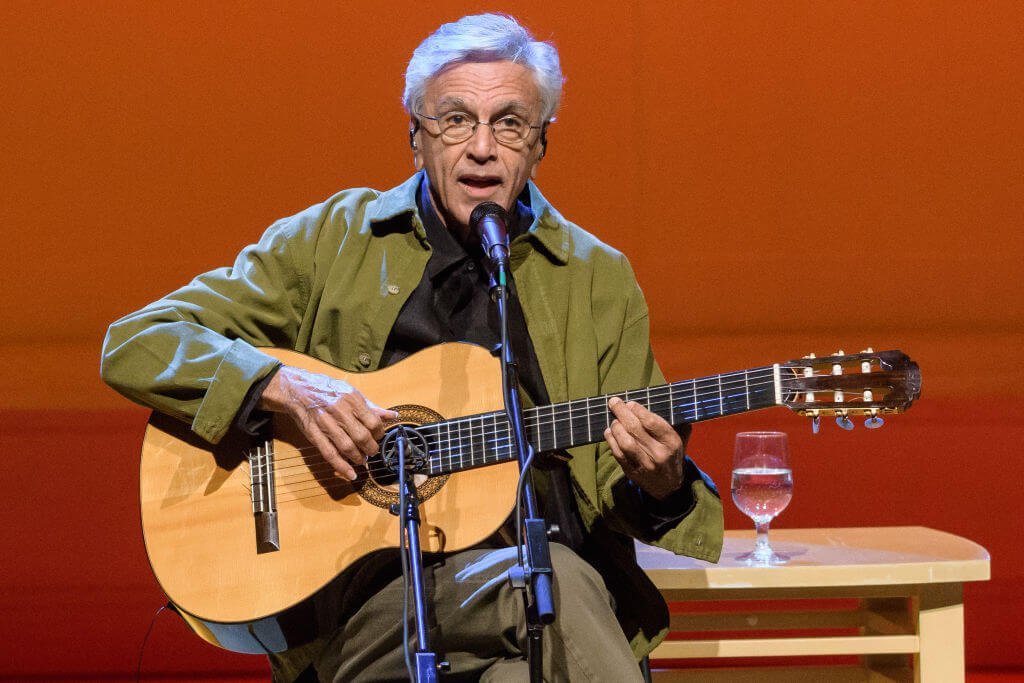 One of the phenomena of the pop sertanejo, Gusttavo Lima believes that the time for the return of the big shows is coming: “Across the world, we already see artists resuming the concert schedule and I believe that the trend here will also be that. We are very close to getting back on schedule, with everyone vaccinated”.

For many MPB artists, it’s a matter of days. Venues are already announcing great performances by Ney Matogrosso, Fagner, Ira! with the Ira project! Folk, Zé Geraldo and others.

The duo Fernando & Sorocaba performed, between August 21st and 28th, a tour of five shows in North American cities. With an eye on the resumption of performances here, she will release, on September 3rd, the unpublished album A Uma Música de Distance, recorded during the pandemic.

“These international shows honor not only the artist who is there, but also give the Brazilian people who live abroad the opportunity to enjoy a little bit of the country and the culture of origin. In addition, of course, to giving us a lot of artistic projection and good financial return”, says Sorocaba, who is also the owner of an artistic management office.

He believes that, as soon as the shows are resumed, the market will quickly heat up for country artists – although the major events in the sector should only return in the second half of 2022. . I also think that many artists, like us, have good cards up their sleeves to be released in the coming months. Concerts and hits in country music go hand in hand, and I believe that one thing will pull the other in this resumption”, he says.

Besides them, other sertanejos are on a trip scheduled for shows abroad this second semester. Israel & Rodolfo, Matheus Fernandes and Diego & Victor Hugo will go to the United States. wesley naughty will take the Weekend WS to Cancun, Mexico, in October. Marília Mendonça, the queen of suffering, will tour Europe in November, visiting cities such as London, Brussels, Zurich, Porto and Lisbon.

The 64th edition of the Festa do Peão de Barretos ends today, Sunday, after five days of intense programming that included performances by artists such as Wesley Safadão, Simone & Simaria and Matheus & Kauan. The public had to watch everything from afar, through daily lives. Nobody can step into the concert arena of one of the most traditional events in the country, in which many duos and singers from the backcountry world have become famous. In pre-pandemic times, the scenario was quite different. In the last edition, in 2019, Parque do Peão received around 800 thousand visits.

Brazilians return to the stage

Fans, venue owners and artists want to believe that this new batch of big shows after a year and four months away from the stage is not a fleeting moment in the midst of the pandemic. Even though it is still far from absolute sanitary security, especially with the advance of the delta variant in some regions, the agendas of many musicians begin to be resumed in September. And how are they on the verge of stepping onto the stage again for a big audience? In what emotional conditions were you away from the stage for a year and now what are your expectations and concerns about returning?

Fagner, 71, from Ceará, vaccinated and protected by masks and alcohol gel whenever he leaves the house, has a presentation at Espaço das Américas scheduled for November 13 alongside conductor and pianist João Carlos Martins.

Fagner says that the houses that hire the artists should have greater responsibility for protocols. Espaço das Américas, in Barra Funda, west of São Paulo, informs a series of measures on its ticket sales website. She asks customers to arrive earlier (from 8 pm) so there are no crowds, warns that the use of masks will be mandatory and anticipates that the positioning of people will be guided by a demarcation placed on the floor in order to ensure social distance. If anyone arrives with a body temperature above 37.5, notify the house, entry will not be allowed.

Fagner says he takes the stage cautious and unafraid. “I’m not afraid of anything.” If he fears for the quality of his voice, inactive on stage for all this time in seclusion, he says: “Boy, I’m not afraid of anything! I will pity the microphone. I’m going with everything!”. Fagner says the long separation has brought nightmares to his nights. “I’ve been dreaming of something weird lately: the audience is waiting for me while I can’t find the clothes to wear and appear on stage. It’s a nightmare.”

Nasi, 59, celebrates this Sunday night, 29, at Teatro Bradesco, in São Paulo, the second of two shows announced on the house’s website as “the only ones of the year” of the Ira! Folk. Alongside guitarist Edgard Scandurra and Johnny Boy, the bassist of Ira! who, in the project, plays a second guitar, will sing for a house that will have only 50% of its audience capacity in the audience, which is 1,439 people. And all properly seated.

The wrath! Folk, activated in 2016, turned out to be a good outlet to meet the request for a smaller band format, as the house programmers want. This is so there is no incitement and crowding during the show. Singing like that, in Nasi’s words, is an encouragement, but it is also a frustration. From the 1980s bands, Ira! is the one that has one of the most hallucinated audiences during the shows. “We know that this return is slow and gradual, but I work with crowds and my desire is to make a big show, with people standing and jumping. We are very eager, we practically lost two years of life.”

The rocker says that everyone will follow the protocol precautions and that he fears not only for his life and other possible contaminants, but also for the consequences. He says that the worst in his case would be the loss of memory. “I saw people close to me pick up covid and come back with loss of memory and movement. Man, my job is memory. I can even sing sitting down, but imagine having trouble remembering lyrics?”

It is important to know the internal protocols, combined between bands and production, something that the houses have not advised in their services. The line of fans that religiously forms at the end of the shows in front of the artists’ dressing room should be avoided. “We always welcome people. We don’t talk about it, but common sense will define it. Let’s see if there will be an external place, with the producer separating people, with a distance let’s study this.”

Another Brazilian artist dragging audiences of the country’s most devotees, Zé Geraldo, 76 years old and double vaccinated, already warns that fans, for the first time, will not have access to dressing rooms in their first shows after a long season of absence. “Unfortunately, we won’t have that important presence in the dressing room. I’ll miss it a lot, but God willing, come back soon.”

Zé Gê has shows scheduled for September 10, in the city of Santa Maria de Jetibá, and September 11, in Rio Bananal, both in the interior of Espírito Santo, after a period of frightening emptiness. So much so that he counted: one year, six months and eighteen days since his last appearance on a stage. “I didn’t agree to do anything until I took the two doses and I continue with the precautions, I don’t take off my mask at all, just to sing.” He speaks with emotion about the return. “The worst thing is this anxiety. It looks like it will be the first show of my life. I will be very moved, for sure.”

Ney Matogrosso, 80 years old and also immunized with two doses of the vaccine, has a presentation scheduled for September 9 at Espaço das Américas. He was wary of the quality of his voice after so long without doing a full show but a recent appearance on Altas Horas, by Serginho Groisman, where he sang around seven songs practically twice each, made him more confident. Not even the band had rehearsed in that period.

Ney says that, despite already having the concert that is part of the tour interrupted in 2020, Bloco na Rua, announced by the house, everything could change if there is an even stronger shift in the number of infections and deaths caused by the delta. “If that happens, I don’t do the show.” For now, he is preparing to return to the scene. If he wants to break the tradition of never talking about a stage at his first show after a long quarantine, he says: “It’s not my talk about the stage, but I think the situation will ask for it.” Ney says that the desire for a great show is great, but he knows he can’t exaggerate “the pranks” he does. And that he will have to “find it all over again” regarding the sensations of the interpreter.

Caetano Veloso resumed his tour of countries in Europe. After performing in Hamburg, Germany, on Thursday, 26th, he had a concert scheduled in Paris last night, 28th, and would then head to Brussels, Belgium, and tour Portugal following the cities of Lisbon, Guarda, Porto and, again, Lisbon. All shows were sold out by the end of the tour on September 11th.

Vincent Anglade, curator of Caetano Veloso’s concert in Germany, told the AFP news network that, mainly because of the pandemic, all places in Europe need to follow a very efficient coordination so that the tour “does not fall apart”. “It is not enough that a territory can receive a Brazilian artist, but that his entire European tour can be carried out. We have to pool resources in common. Otherwise, the tour economy collapses like a house of cards.”