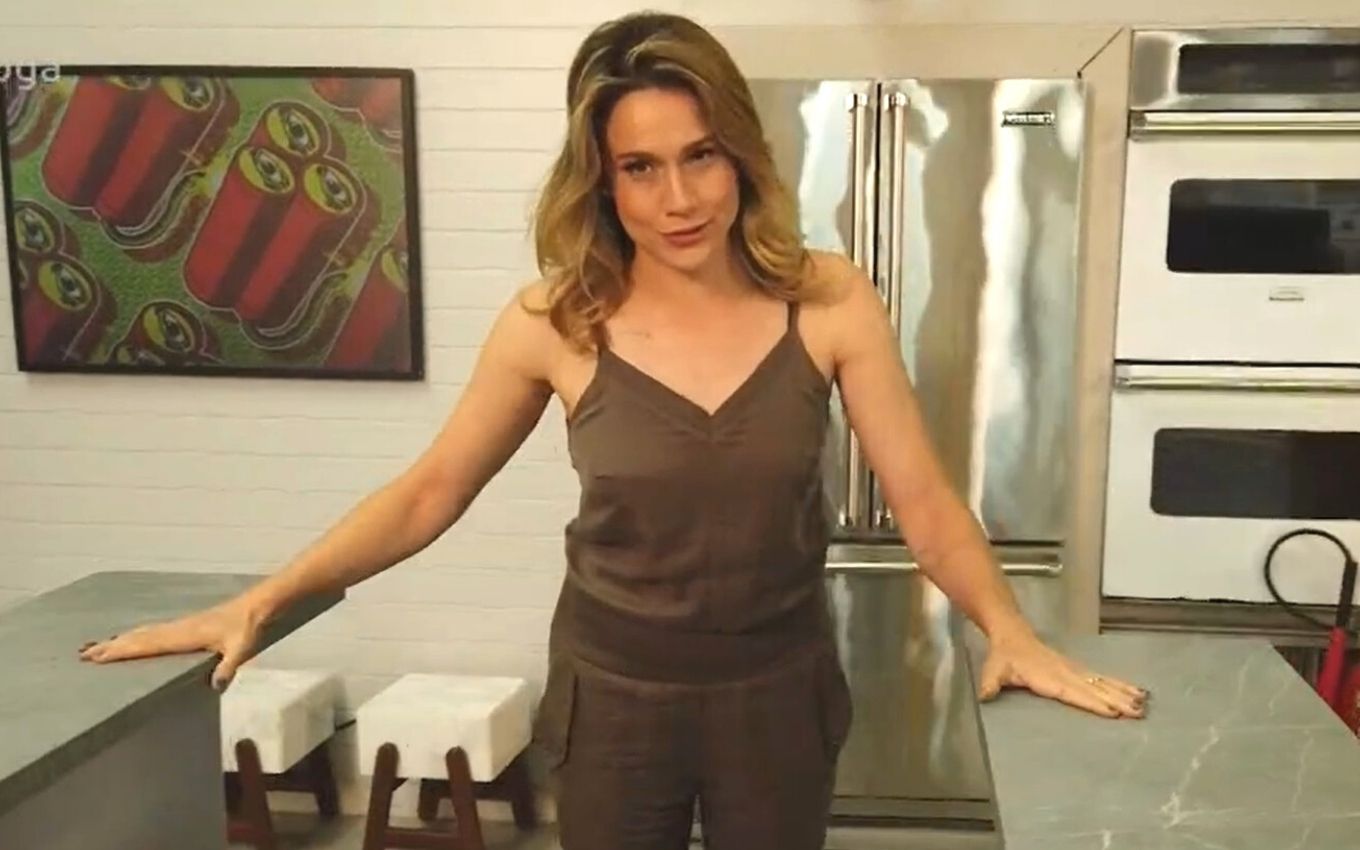 In the program that Globo classified as the “last of the Se Joga season”, Fernanda Gentil reinforced the proposal that the attraction had to be a new Video Show (1983-2019) and showed the network’s backstage. Right at the opening this Saturday (28), the presenter toured the afternoon’s studio and showed the places where the paintings were recorded.

Since it returned to the air in weekly editions in March, Se Joga occupied the former Mais Você glass studio in Rio de Janeiro – Ana Maria Braga’s team moved to São Paulo during the pandemic. The program showed special moments of the place.

In addition, Érico Brás showed the space where he, Fernanda and Tati Machado recorded virtual interviews that were aired this year. The journalist also showed how Ana Maria’s old kitchen is and the space of the “late Louro José”, a character who was played by Tom Veiga (1973-2020).

After the opening, at different times there was the atmosphere of final farewell and final program. The team treated it as the “last of the season”, but the chances of the attraction returning to the air are remote.

“What this team worked on was no small thing and wore this shirt to put this show on the air. I feel honored to have participated in this last season. It took six months, but it felt like five years of so intense. A kiss for you all who are at the house of the Se Joga team and a kiss to all of you who are here and were very devastating”, said Fernanda.

At the end, she joined Tati Machado and Érico Brás to say goodbye to the audience. The three were thrilled. Watch below:

Am I already getting emotional? Yes I am! 🥺🥺🥺 #IfPlaypic.twitter.com/0euMgH62Js

The “second season” of Se Joga was presented on Saturdays since March 6 this year. The program returned to the air with the proposal of being a weekly Video Show, with interviews with famous people, backstage videos from Globo and memory of productions that were successful on the network.

Se Joga was created to be aired between Monday and Friday and occupied the post-Jornal Hoje range from September 2019 until March 2020, when it went off the air due to coverage of the Covid-19 pandemic. In the original version, Fernanda Gentil shared the presentation with Fabiana Karla and Érico Brás.

Even after the return of Globo’s normal schedule, the program continued on the refrigerator. It wasn’t until 2021 that he was “resurrected” to fill the Saturday afternoon hole. Now, with Globo’s chair dancing, with Luciano Huck going to Domingão and the arrival of Marcos Mion to Caldeirão, the track will be occupied by the films from the Saturday Session.

Fernanda Gentil, however, already has a new project. The journalist will continue as one of the stars of the leader’s weekend and will present the Zig Zag Arena before football on Sundays, a game show inspired by the arcades of the 1980s. The first season will last 18 Sundays and will run from October 3rd of 2021 and January 30, 2022.