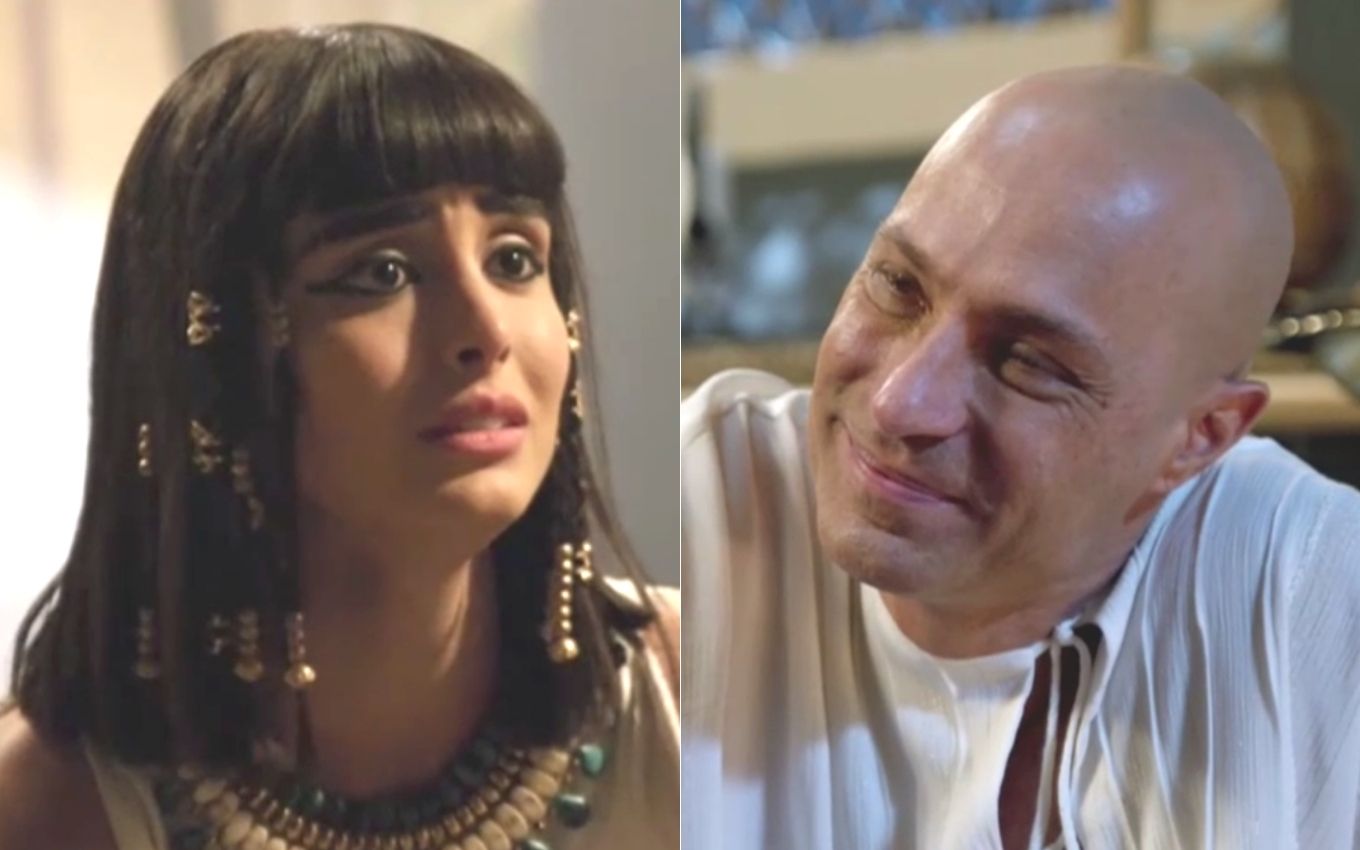 Dragged into the harem of Sheshi (Fernando Pavão), Asenate (Letícia Almeida) will be coveted by the pharaoh in Genesis. The mighty one of Egypt will discover that the girl is already prepared to become his concubine and will go crazy for her. “I’m told she’s very beautiful,” the conductor will comment to Pentephres (Nando Cunha).

Next Monday (20), the sudden will be nervous about Sheshi’s temper. Amarilis (Marianna Alexandre) will have died of poison, and Kamesha (Kizi Vaz) will have been blamed for the death of the pharaoh’s sister. The young woman is Sheshi’s second wife.

The leader, however, will appear in the throne room in a good mood and frighten his servants: “How are you, my dear nobles? How are the buildings of the monuments?”, he will ask, calmly.

Menkhe (Renato Rabelo) will approach the sovereign and detail the routine: “The central obelisk is almost completed and the renovation of the Seti Temple has already started”, he will say. Sheshi will thank you for the report and will soon reveal the reason for your good mood to others.

“Pentephres, learned from Merianat [Samia Abreu] that your daughter is already in the harem,” will comment the pharaoh excitedly. “Yes, beloved of Amon. Thank you for taking her in,” will respond the servant, who is the father of Asenate and has already clashed with his daughter to force her to serve her role as concubine.

The character played by Fernando Pavão will also let slip that he is interested in receiving the girl: “Soon I want to meet the girl. They told me she is very beautiful”, he exclaims anxiously.

Pentephres will puff up his chest with pride to hear such words come out of Pharaoh’s mouth. “It will be an honor”, will thank the man. Sheshi will return to dispatching about the affairs of the kingdom and will keep his animation caused by the character played by Letícia Almeida.