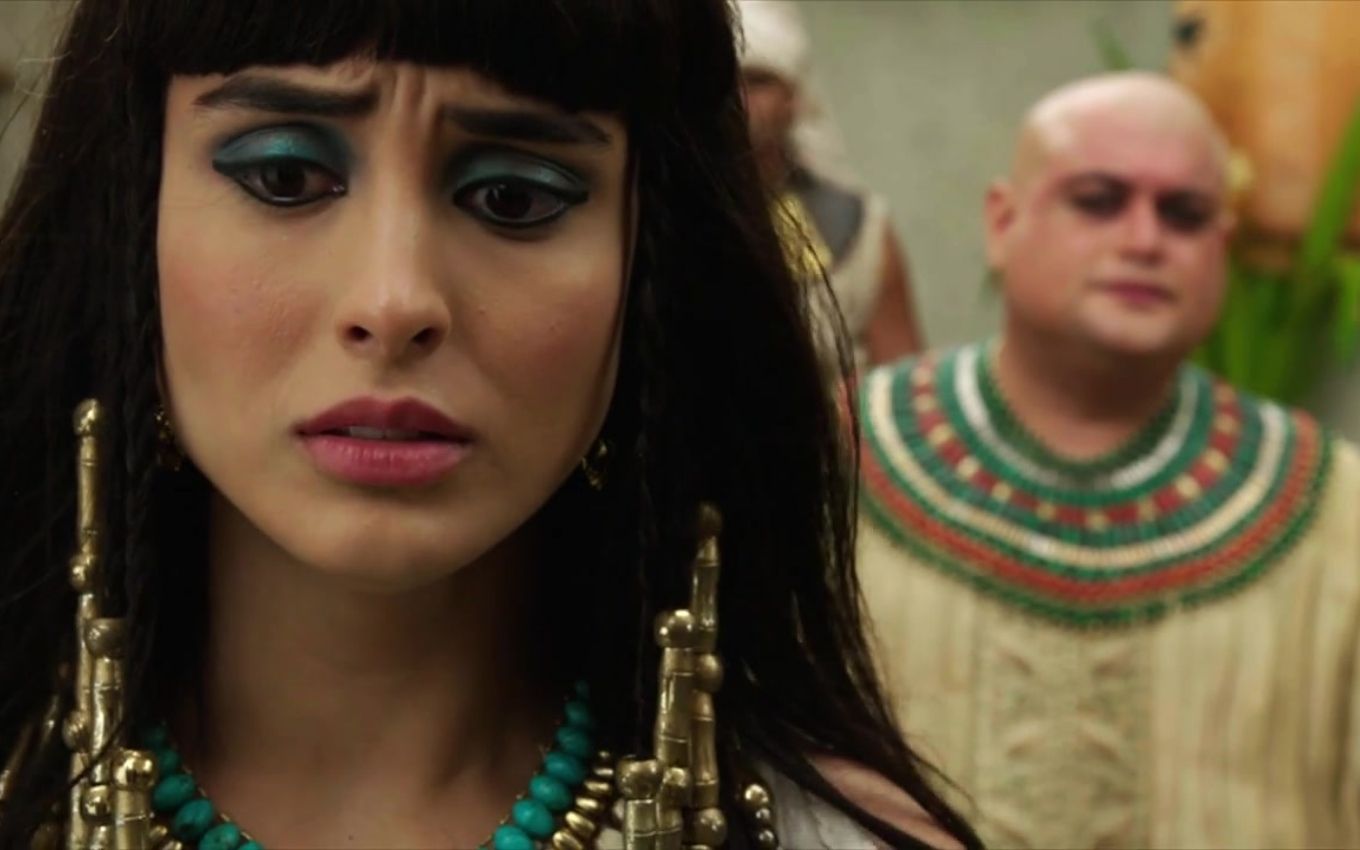 Asenate (Letícia Almeida) will be locked up by Adurrá (Ricardo Lyra) in Genesis. After being betrothed to the vizier, the girl will face imprisonment. He will have no pity or pity at the requests of the girl, who will have tried to flee Egypt in the biblical novel. “Let me out,” the young woman will plead.

Asenate will face this situation in the scenes set to air on next Monday (11). Rather, the audience will see her being captured by Adurrá as she tries to escape his clutches.

The character played by Ricardo Lyra will fear that his fiancée will try to escape once more and will lock her in one of the rooms of Sheshi’s palace (Fernando Pavão). Despite the punishment, he will spoil the girl with presents.

“How is your stay here in the room, my love? Do you feel comfortable? Do you need anything else?”, the abuser will say, as he enters her captivity with a tray full of fruit.

Asenate will be lying on the bed and looking at him in despair. “Ah, my desert oasis… I managed to get away from the audience with the pharaoh to bring you some food. I still don’t know what exactly you like to eat, but soon I’ll know everything”, complete the villain.

The tenebrous one will sit beside the girl and encourage her to take something. Obediently, Selemina’s daughter (Kacau Gomes) will eat a fruit to avoid punishment.

Adurrá will enjoy the moment alone with his future wife and will tell her about his routine at the palace. He will say that Sheshi has been having strange dreams and no one can figure out their meaning.

Smart, the young woman will feel that the harasser is in a good mood and will make an appeal. “When are you going to let me out of here?” he’ll ask awkwardly. The veteran will pretend he didn’t hear the question:

The time for our wedding is coming, we will be able to talk about us and what each one did during the day. I know I can’t give you as much attention as I promised, but as soon as everything is resolved here in the palace, I’ll be back for us to consummate our marriage.

“Let me out of here,” the character will insist. Adurrá will be excited by the girl’s desperation and will approach: “Unless you want it right now. I know you have been looking forward to this moment”, will release the man, lying down beside her.

The vizier will not have sex with the girl only because Menkhe (Renato Rabelo) will call him. “If we’re not in the throne room right now, Pharaoh will start spitting fire worse than the night serpent. Adurrá?” he’ll yell at the bedroom door. Annoyed, the vizier will follow his friend.