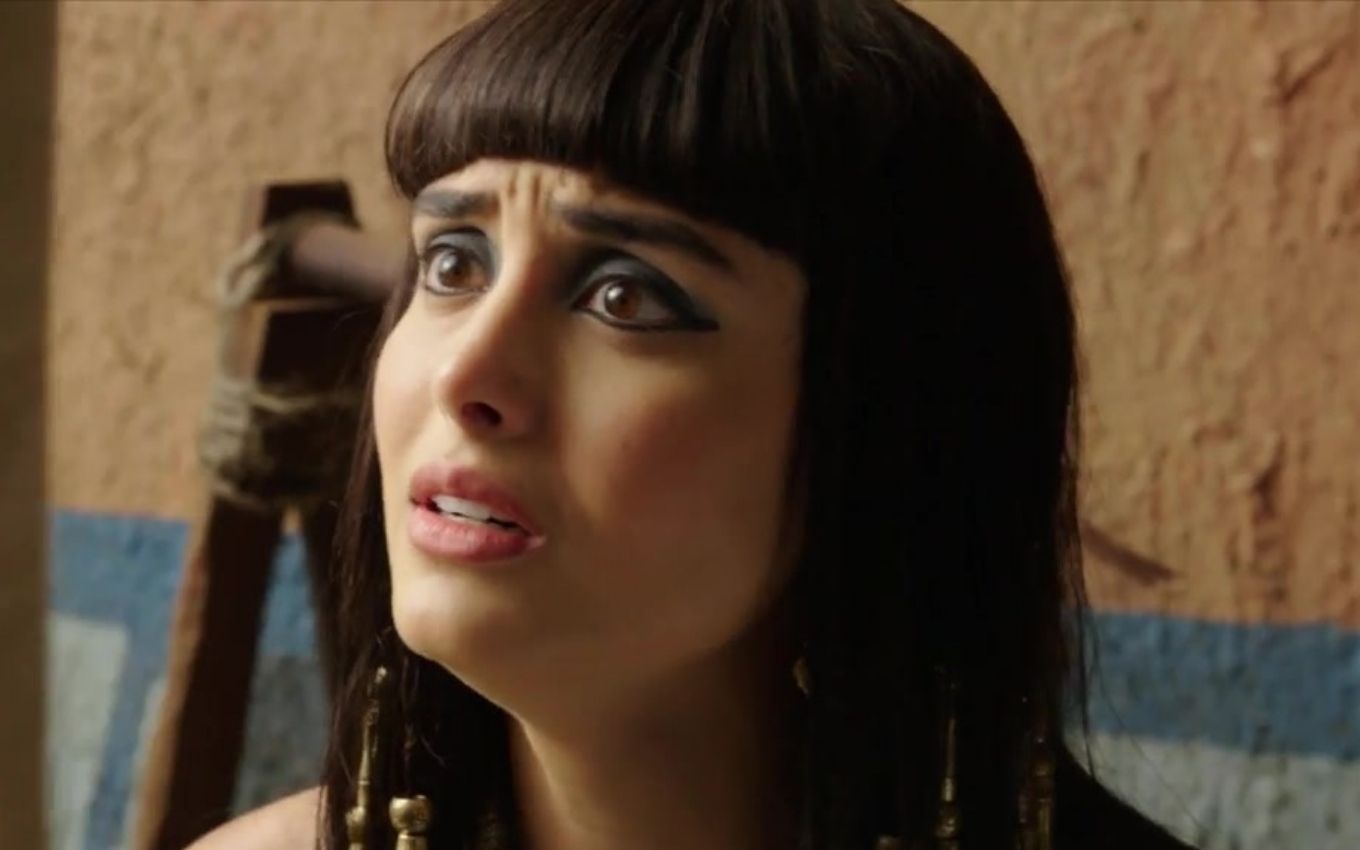 Asenate (Letícia Almeida) will reject José (Juliano Laham) in Genesis. Married to the new governor of Egypt, she will make it very clear that she does not want to consummate the relationship for fear that the protagonist does not love her. And it will also require sleeping in a separate room: “I don’t want you!” the young woman will reveal.

The girl will move away from the protagonist in the scenes from next Monday (18). José was reportedly acquitted of the accusation of raping Neferíades (Dandara Albuquerque) and will be appointed to the high office after helping Sheshi (Fernando Pavão) to unravel a dream.

In the new position, Joseph will gain a woman chosen by Pharaoh. The character played by Fernando Pavão will choose Asenate for the post. The couple will have a luxurious wedding and will soon move into a sumptuous home.

“I was very surprised. A lot. From one day to the next my life changed completely. I never imagined that I would have a position like this and that neither my wife I would choose”, will comment the Hebrew to the new woman, as they visit the master bedroom for the first time.

The girl will be upset with the boy’s comment, and José will notice the faux pas. He will try to fix it: “No, that’s not what I meant. It’s just that I always thought I was going to marry a Hebrew. I never thought it would be an Egyptian,” the ex-servant will add, embarrassed.

“So you mean that if you had had a choice, you would have chosen differently?”, will retort Selemina’s daughter (Kacau Gomes). The character played by Juliano Laham will try to clarify the situation, but will be cut off.

“It’s okay, José. Do you think it was just you? I didn’t have a choice either. So let’s make life easier for both of us?”, Asenate recalls, hurt. She will try to leave the master’s room, but will be stopped. “Where are you going?” asks the firstborn of Israel (Petronio Gontijo). The girl will release:

It’s not because we were forced to get married that we have to have a real wedding. I know I don’t have much choice about my own life, but could I have one of the bedrooms?

“Aren’t you going to stay here?” José will ask, upset by the discussion. The stubborn one will say no and explain that they need to face the reality of the situation: “I don’t want you! Just like you don’t want me. Or am I wrong?”

Secretly, the character played by Letícia Almeida will hope that the governor of Egypt will contradict her. The protagonist, however, will bow his head in disapproval: “If it’s like that… Stay. I’ll go to another room”, he will finish.