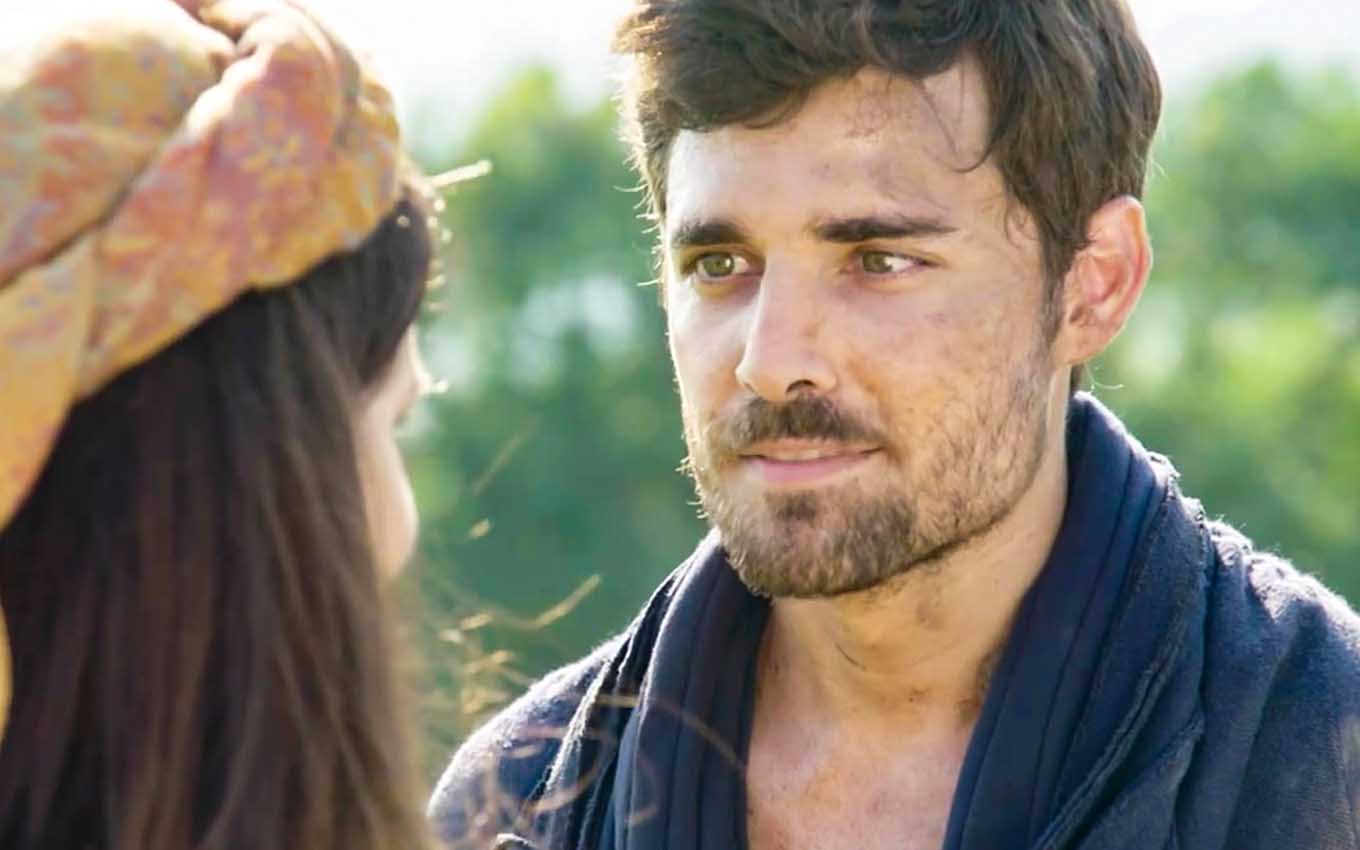 Jacó (Miguel Coelho) will not return Lia (Michelle Batista) to the family even after being tricked by Laban (Heitor Martinez) in Genesis. To clear his bar with Raquel (Thaís Melchior), the sheepherder will offer another seven years of slavery in exchange for her hand. “I don’t love Lia, I’ll never love her. My heart only has one owner”, will fire the heartthrob of the Bible soap opera from Record.

Rebeca’s brother (Martha Mellinger) goes to drug his nephew with poppy seeds, from which opium is produced, to force him to sleep with Michelle Batista’s character. Between one hallucination and another, the boy will not realize that the bride was changed precisely on the wedding night.

Abraham’s grandson (Zécarlos Machado) will be startled when he wakes up next to Lia in the scenes that will be shown from the next Monday (26). Certain that the cousin loves him, even if the feeling is not reciprocated, she will accept to live a marriage of appearances.

Lucifer (Igor Rickli), however, will encourage Jacob to once again work as a slave in Laban’s flocks to marry Rachel. “I said I would do anything for your daughter,” will fire God’s chosen one.

At this point, the noblewoman will not want to see the handsome or gold-plated one. “You’re married to my sister. The dream is over. It’s all over,” the bitch will scream. “Nothing’s over. We’re getting married. I’ve just arranged everything with your father”, will explain the protagonist played by Miguel Coelho.

Rachel’s eye will glow again as she realizes that she still has some chance of taking the blow from the chest and getting revenge on Laban. “Your sister and I are man and wife now, it can’t be different, but I don’t love Lia, I’ll never love her. My heart only has one owner. Do you. Will you still marry?”, Jacob will ask.

“Are you really going to fulfill all my wishes?”, will amend the antagonist played by Thaís Melchior. “Yes! I promise to make you the happiest woman in the world”, will confirm the good guy in the serials by Camilo Pellegrini, Stephanie Ribeiro and Raphaela Castro.