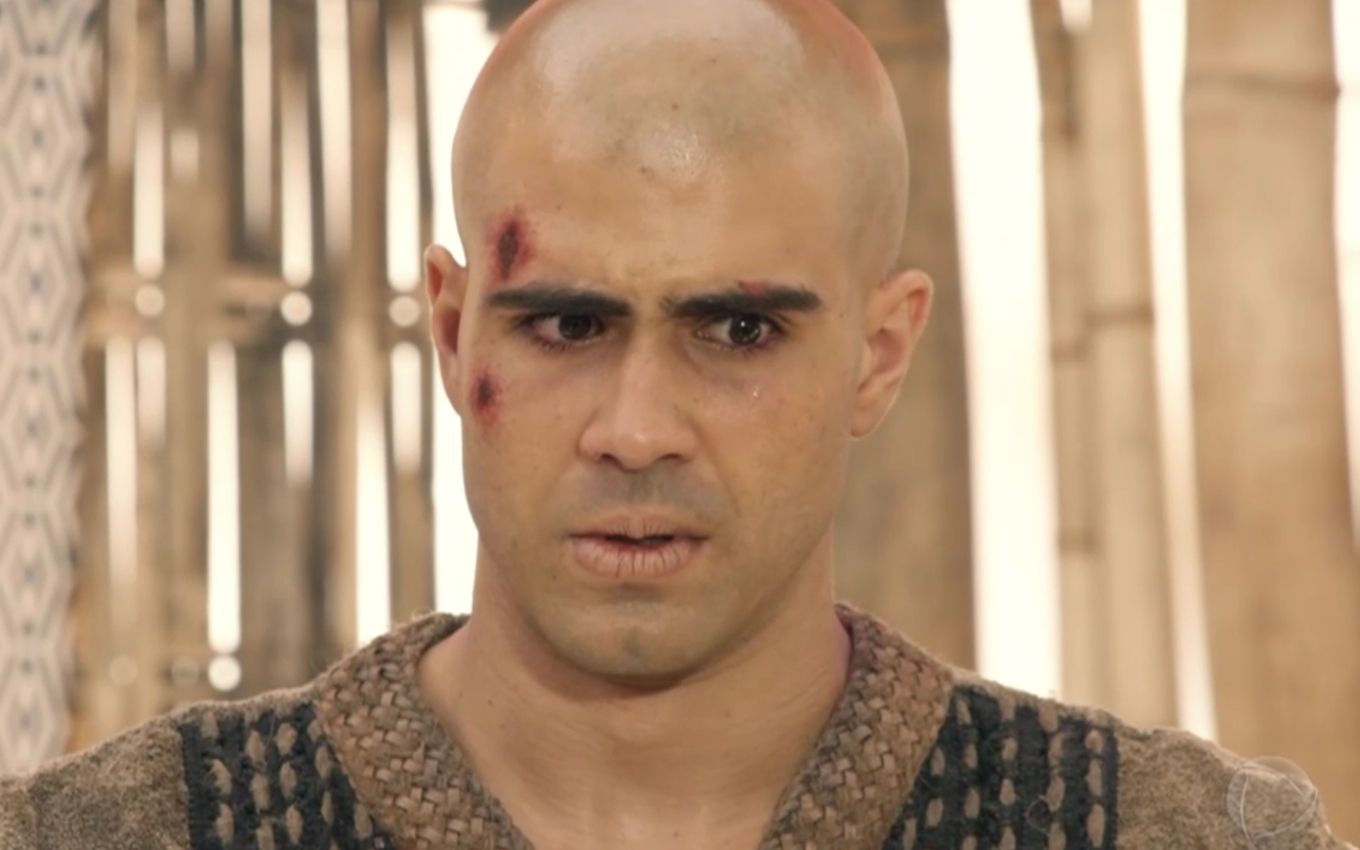 José (Juliano Laham) will be harmed by the family feud of Abraham (Zécarlos Machado) in Genesis. Slave of Potiphar (Val Perré), the boy will suffer when he is humiliated by Neferíades (Dandara Albuquerque). The girl is a descendant of Ishmael (Anselmo Vasconcellos), while the protagonist comes from Isaque (Henri Pagnocelli). “See what the descendants of Isaac the usurper were reduced to…” the woman will mock.

Joseph will go through several trials in Egypt. In addition to being humiliated and whipped by Issad (Ricardo Dantas) on the trip, the man will be bought by Potiphar and will serve in the general’s house.

Nepheriades will meet her newest slave and will be intrigued by the boy’s story: “My husband told me you come from Canaan. From which part?” she will question. Joseph will reply: “From the region of Migdal Eder, ma’am.”

Potiphar will open that the woman’s family comes from the same place, and the girl will look at him ugly. He will redeem himself: “What? Aren’t you the one who loves to spread to the four winds that you are a descendant of Abraham? Whatever that means…” he will react.

Joseph will rejoice at the news and shoot that he is also of the prophet’s lineage. “I am a son of Israel, son of Isaac, ma’am,” the protagonist will explain. The general will intervene in surprise: “Look, Nepheriades. Practically related”, he will say, in the scenes that will air on Wednesday (15).

Nepheriades’ features will change instantly. “Never! I am a descendant of Ishmael, the legitimate first-born of Abraham! But look at what the descendants of Isaac, the usurper were reduced to. Mere slaves. No doubt revenge of the gods”, the woman will shoot, on the fact that the second son of the prophet being elected as heir.

My house has no room for useless servants. This we already have to spare. So, either you show that you deserve to be part of the servants of the house of the commander of the guard of the Living Horus, or I’m going to get rid of you.

The mocking will look at José from head to toe and will leave the protagonist completely submissive. He will face the ground in fear of being punished.

Maliciously, the woman will demand that Kéfera (Luana Camaleão) help the stranger understand the household chores, but will disdain her distant cousin: “I have the impression that it won’t last long in my house”, he concludes, with resentment.