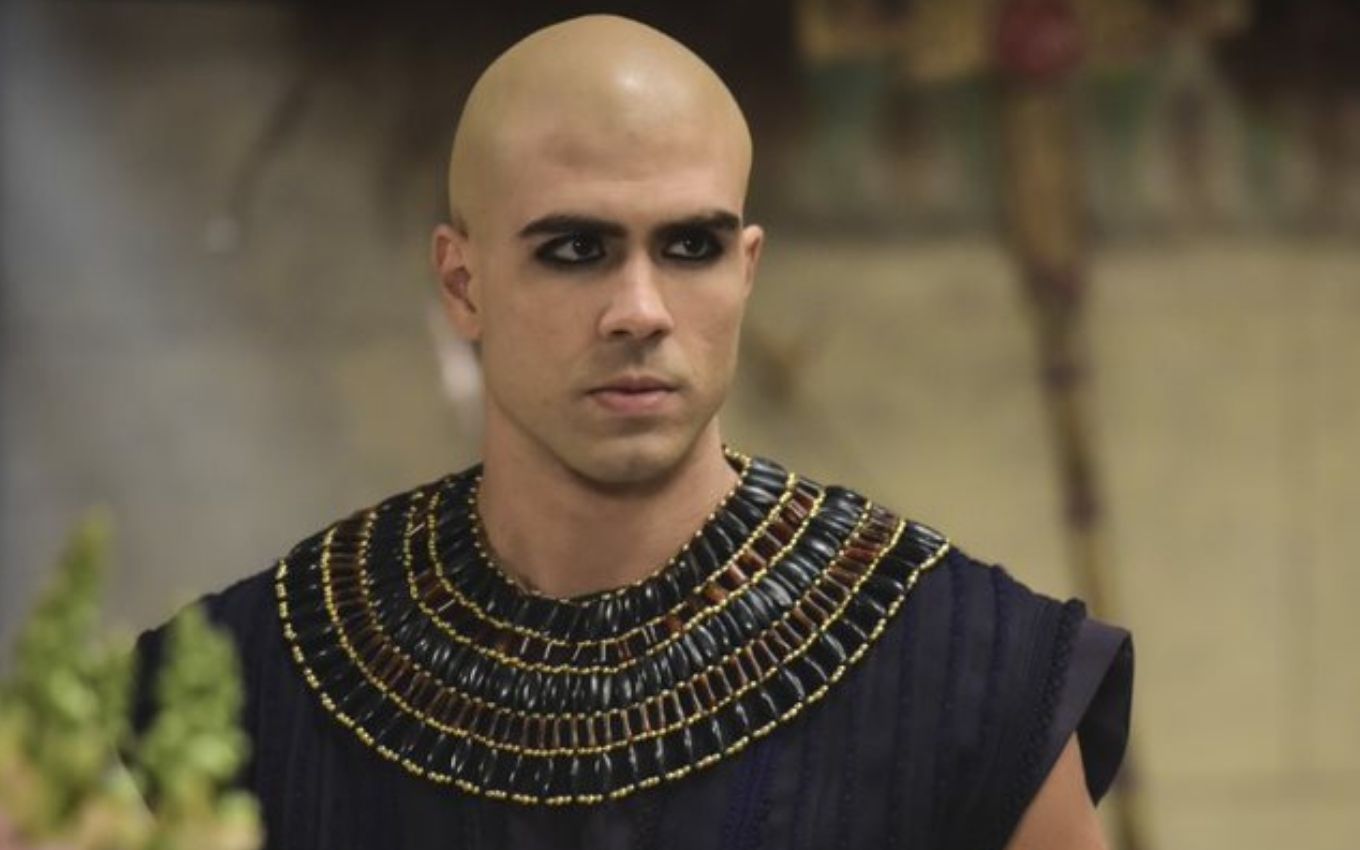 Arrested for a crime he didn’t commit, José (Juliano Laham) will be shocked by a bombastic request by Potiphar (Val Perré) in jail in Genesis. The slave will be taken by his master to interpret the dreams of Sheshi (Fernando Pavão) in Record’s biblical novel. “What’s going on?” the Hebrew will ask.

As of this Tuesday (5)’s chapter, the son of Israel (Petrônio Gontijo) will be the victim of a Nepheriades (Dandara Albuquerque) setup. He will be accused of sexually abusing you, something he never did, and he will end up in jail.

José will be tempted by Lucifer (Igor Rickli) to escape from jail, but he will not give in and will remain in the dungeon for some years, until the day when Potiphar will appear with the mission to take him to meet Sheshi. “I came to get you. Today you are going to present yourself before Pharaoh,” the nobleman will say.

“Sir Potiphar, what is happening?”, will ask the brother of Judah (Thiago Rodrigues). “You will not be brought before the pharaoh to be judged, but to try to interpret a dream he had”, will answer Neferíades’ husband.

In the encounter with Sheshi, Raquel’s son (Giselle Tigre) will interpret the Pharaoh’s nightmares, with seven fat cows being devoured by seven lean cows. “There are coming seven years of great abundance throughout the land of Egypt. And after that, seven years of famine will come,” explains Joseph.

Thanks to the slave’s advice, Pharaoh will be able to avert a catastrophe in Egypt. As a result, José will be appointed governor of the lands. “You will be in charge of the palace, and all my people will obey your orders,” Sheshi will say.