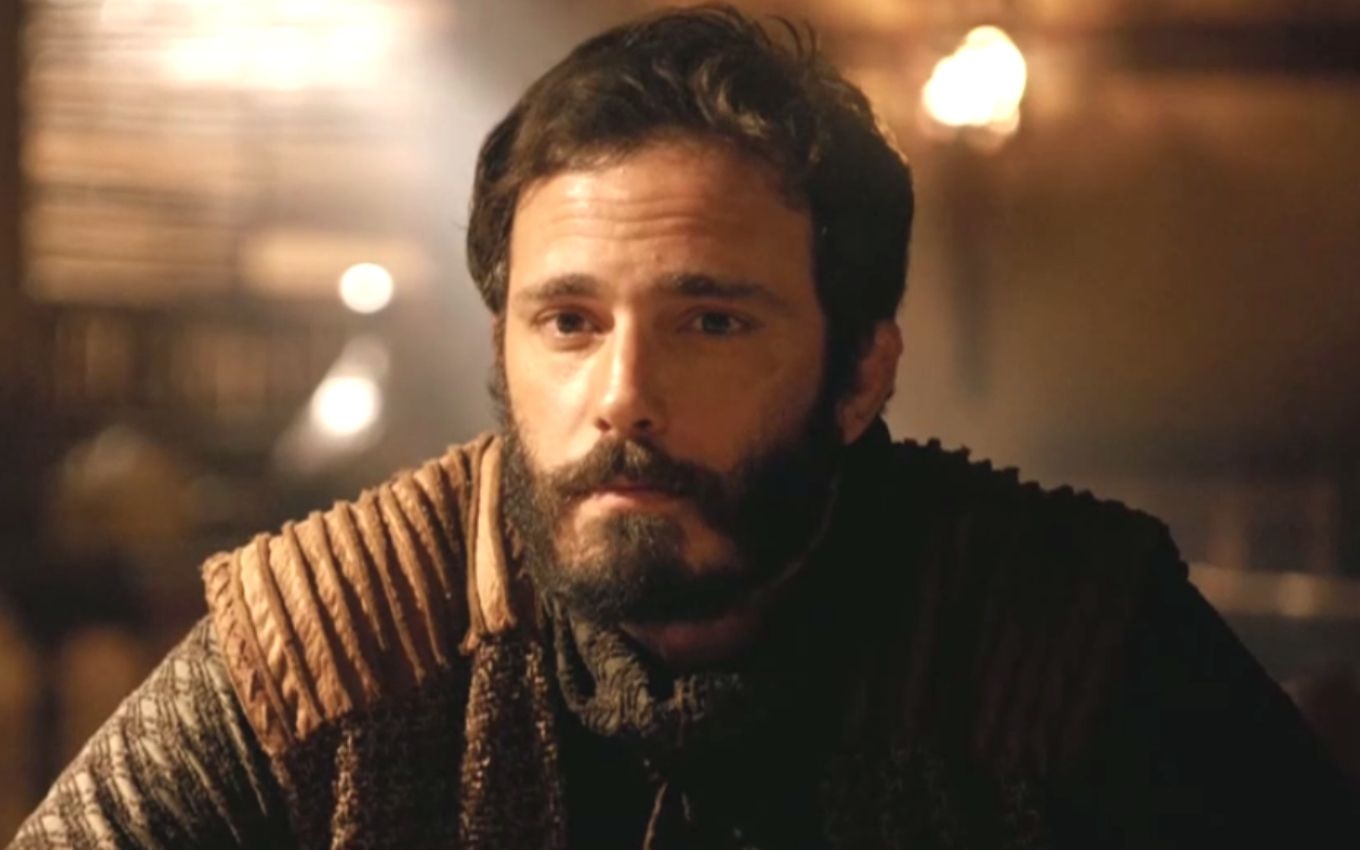 Judah (Thiago Rodrigues) will leave Muriel (Rhaisa Batista) worried in Genesis. With a history of alcoholism, the Hebrew will go to a tavern with Hirá (Sandro Pedroso) and end up with a black eye. At home, the woman will press her husband for seeing him in an embarrassing situation, but he will soften: “I had a drink, yes, but only one glass.”

José’s brother (Juliano Laham) will hesitate with his partner next Monday (18). First, Hirá will arrive in Quezibe and insist that his friend accompany him on a night out. Without grace, Judah will accept the escape.

Upon arriving there, the character played by Thiago Rodrigues will accept drinking and will engage in a generalized discussion. Two men will be fighting arm wars, and the loser will cause the most confusion. He will have a fight in the tavern, and Judah will also end up injured.

At the end of the night, the sheepherder will arrive home and be greeted by Muriel. The woman will be waiting for her partner, afraid that he has returned to deplorable behavior due to the drink.

“Is everything all right?” the Hebrew will ask. She will be surprised to see that her husband is not drunk. “Where were you? What was that?”, the girl will ask, when she notices Judah’s black eye. The boy will explain:

The Hirá that appeared when I was coming home from work. Called me to celebrate a big purchase he made. I went with him and ended up losing track of how late it was. There was a little fight. We got in the middle. It was very funny.

The character played by Rhaisa Batista will shake her head in disapproval:
“You and all that men’s stuff. You’ll understand. I’m going to sleep, which is the best thing I can do”, she will say, already leaving the room.

Worried, Judah will take her by the arm: “Wait, wait, wait. Are you upset with me?”, he will ask, awkwardly. Muriel will admit that despite the marks, her husband didn’t come home drunk.

Honestly, the character played by Thiago Rodrigues will assume he had a glass of drink. “I promised you I wouldn’t drink any more like I used to and I’ll comply. Can you forgive me for being a little late?”, he will ask. Moved, Muriel will overlook the slip and kiss him.