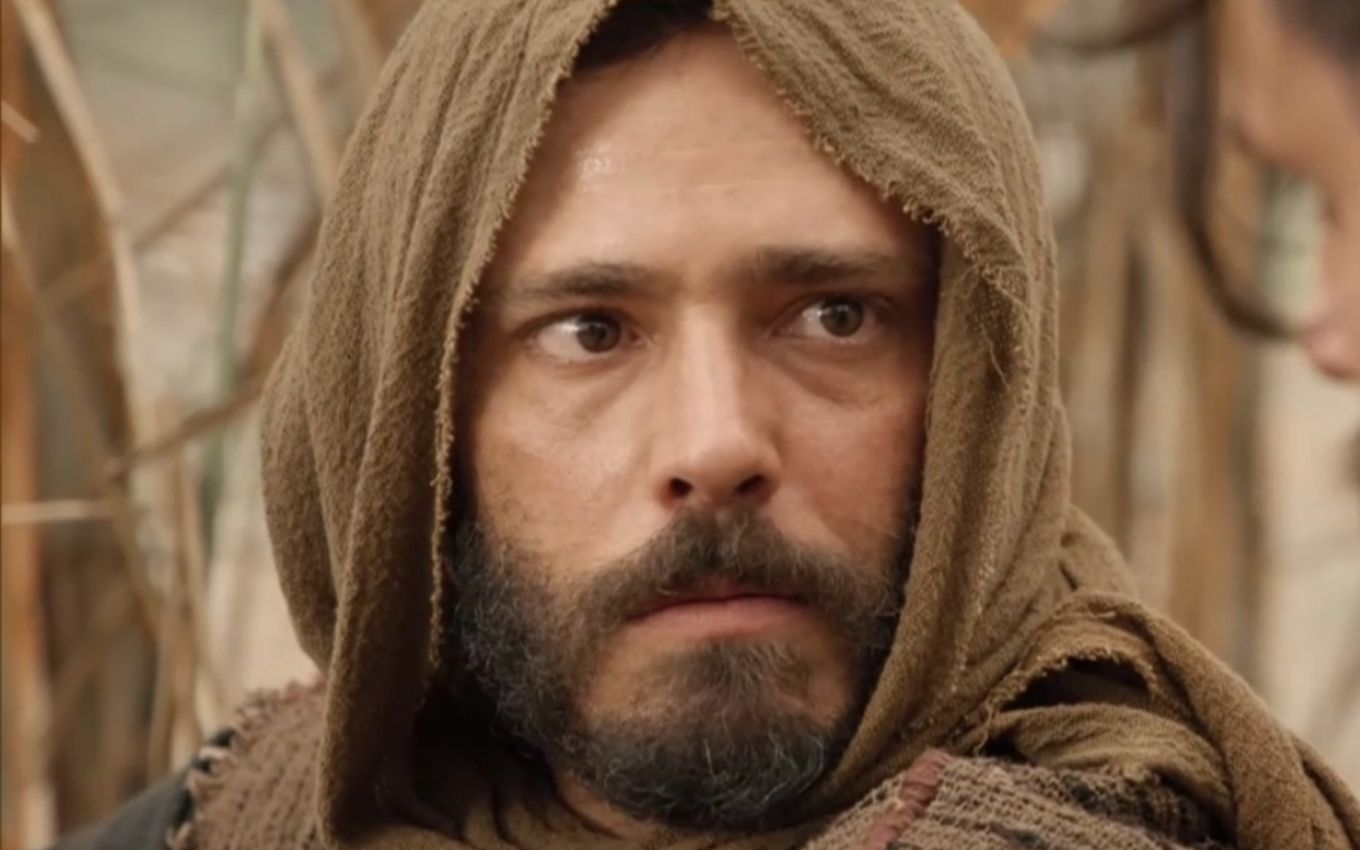 Judah (Thiago Rodrigues) will put his foot in the hands soon after leaving the camp of Israel (Petrônio Gontijo) in Genesis. The Hebrew will leave for Adullam and be interested in a beautiful stranger in the street. The boy, however, will be alerted by his new friend. “She belongs to the gods”, will say Hira (Sandro Pedroso), about a custom of the region.

The shepherd will go on his way this Friday (17). Overcome by the guilt of having sold Joseph (Juliano Laham), he will decide to leave the Hebrew territory to start his life in another place.

Upon arriving in Adullam, Judah will be greeted by Hira. The man is an orphan and also works as a shepherd in the city. Kindly, he will offer housing to the stranger and introduce him to the region.

On the way, the character played by Thiago Rodrigues will find the men’s custom at work strange and will question the new companion: “Is this something normal here in Adulão? Men drinking and playing in the middle of the day?”, he will ask. “Normal, normal isn’t, but it always happens,” will score Hira.

The scene, however, will soon be forgotten by the Hebrew. The son of Israel will see a beautiful girl standing in the middle of the way. “When you said that women in Adullam are beautiful, you weren’t kidding,” Judah will comment.

“No. You can’t. She’s a cult prostitute. She belongs to the gods. She can’t relate to any man. It’s forbidden,” the resident will explain. “It’s not possible…” Joseph’s brother will exclaim, astonished.

“Believe it… There isn’t a man in Adulão who doesn’t want to know what it’s like to be with one of them. But… It’s the law,” the new character will complete. Judah will question whether anyone has ever tried anything with one of these women and will receive a cross response from their friend.

“If someone was crazy enough to try, they probably didn’t survive to tell the story. Now let’s go and I want to show you my field”, concludes the character played by Sandro Pedroso.