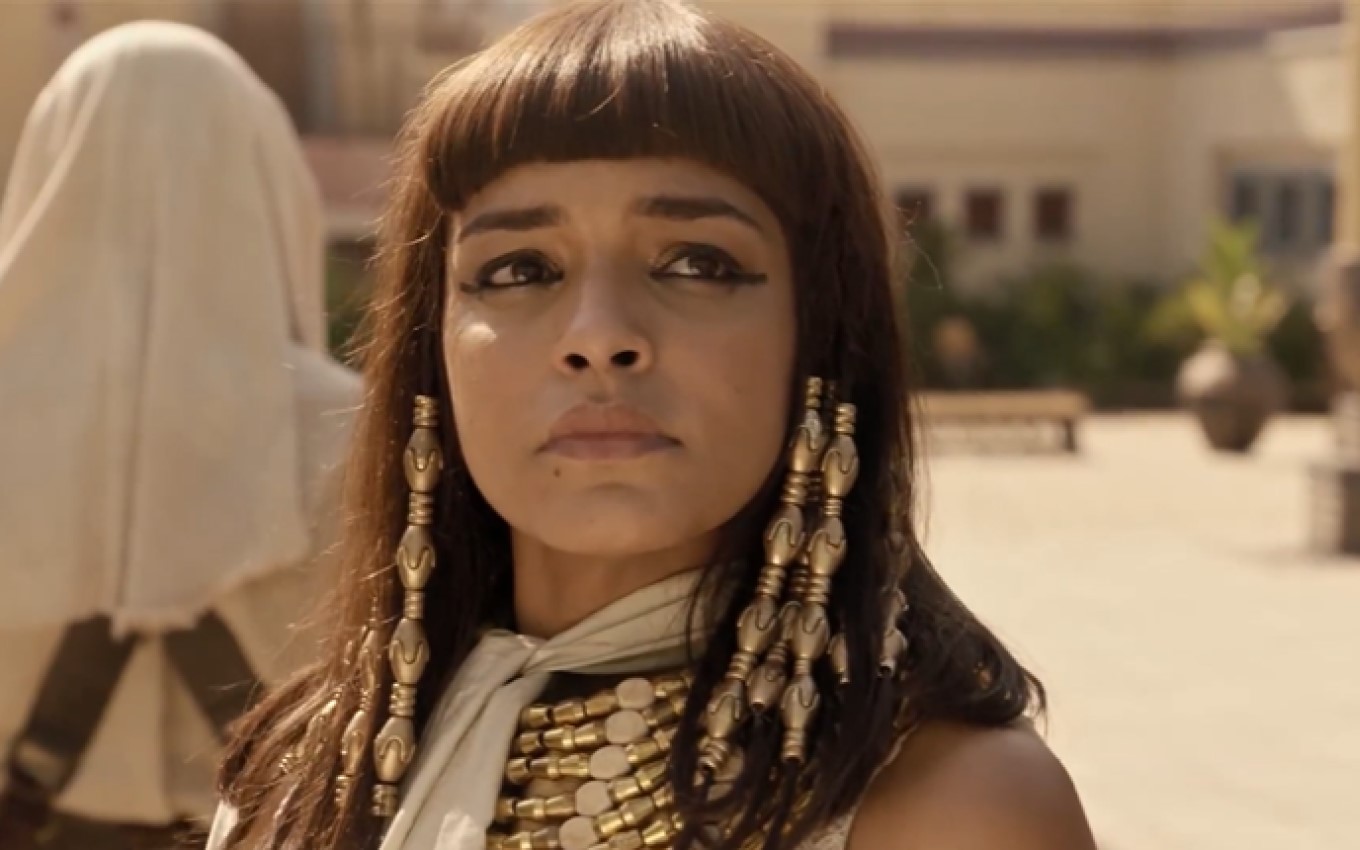 After the death of Atarum (Sacha Bali), Kamesha (Kizi Vaz) will return to the palace and will be cold with Sheshi (Fernando Pavão) in Genesis. He will receive a message that the heir to the throne, Prince Senakehum (Marcos Phellipe), has been kidnapped and is at risk of death. “Apepi [sem ator escalado] he’s with my son,” will fire the pharaoh in Record’s biblical novel.

The character of Kizi Vaz was sent into exile in Nubia by the king of Egypt. In addition to sending her away, she also had her son snatched from her arms for being accused of murdering Amarilis (Marianna Alexandre) in the serials by Camilo Pellegrini, Stephanie Ribeiro and Raphaela Castro.

In scenes that will to air from next Monday (18), the noble will be direct with her husband and ask why he ordered the prince to return earlier than agreed. “I didn’t send him back,” Sheshi will reply.

Confused, Kamesha tells how soldiers and servants from Egypt went to Nubia and looked for the boy. At the same time, Fernando Pavão’s character will be interrupted by Menkhe (Renato Rabelo), who will show the sovereign a new sparrow-pened message.

Sheshi will take the papyrus from the scribe’s hands and will be more alarmed as he reads the note. Astonished, he warns that Senakehum is with Apepi — who so far has had no scenes in the story, is a character often cited as the main enemy of the pharaoh.

Fernando Pavão on stage as Sheshi

If you had listened to the first message I sent, you would already have your son in my arms. But you underestimate your enemy’s power. As you can see, there’s no security I can’t bypass, no place I can’t go or hiding I can’t reach. It is best not to disregard this second warning, because it will prevent your child’s death.

With no alternative, the pharaoh will decide to go after the heir, but will suffer to unravel the enigma of his enemy. “Follow the sacred path to the feet of the one who guards the three kings”, will guide Apepi’s message.