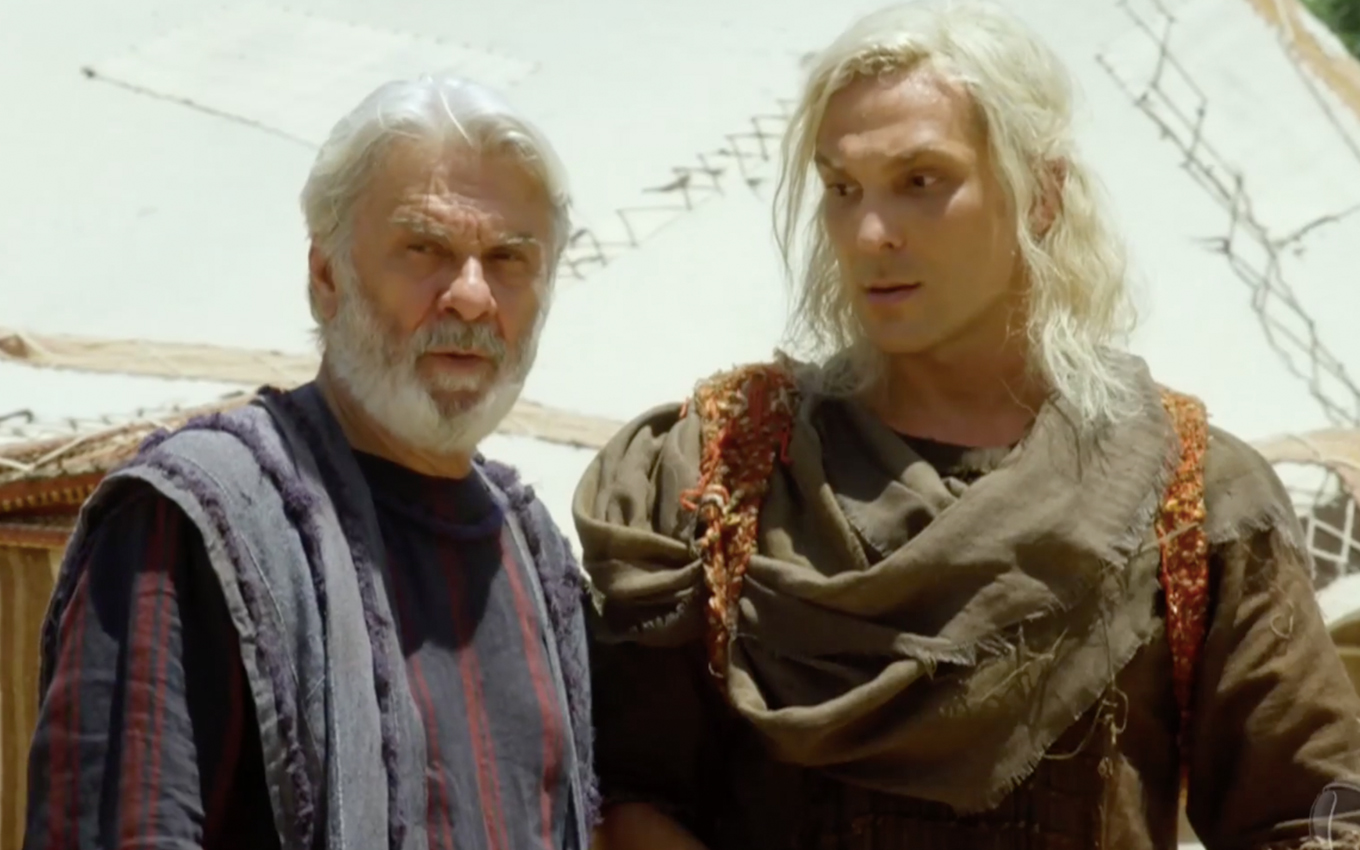 Lucifer (Igor Rickli) will take advantage of Abrão’s weakness (Zécarlos Machado) to try to stop him from following God’s plans in Genesis. The devil will use his language to convince the man to leave Sarai (Adriana Garambone) to fend for himself in Egypt and continue his caravan trip to Canaan in Record’s soap opera.

The bad thing is infiltrated in the train of Terá’s son (Julio Braga) under the guise of Heylel, an expression that in Hebrew means “the one who shines”. The title is used by the Jewish Torah to describe the fallen angel, who would later earn the name Lucifer in the Bible.

The devil, in fact, was responsible for tearing off Sarai’s veil and revealing its beauty to Amenemhat 3º (André Ramiro) in the booklet by Camilo Pellegrini, Stephanie Ribeiro and Raphaela Castro. With ulterior motives, Pharaoh sent his soldiers to throw Adalia’s sister (Carla Marins) in his harem – where she bravely resisted the siege of the king of Egypt.

In deep despair, Abram will even consider invading the palace. “I’ve thought of everything. Even kidnapping Sarai and running away from Uaset with her, but that would be the end of us. We can even escape the city, but we haven’t crossed the border,” said the prophet during a meeting with his entourage.

“And tell the truth? Wouldn’t Pharaoh understand?”, Suggests Eliézer (Ronny Kriwat). “What’s the use? He can respect me as Sarai’s brother. But he will never forgive me for being her husband. The truth, my friends, is that I lied this whole time. And now I’m paying the price”, will regret the character of Zécarlos Machado.

Lucifer, then, will find the perfect opportunity to plot against the Creator. The devil has been shaking with fear since God chose Abram to found a new people who will honor his laws and put an end to the evil angel of the “dark angel”.

“There is only one solution. Letting Sarai get married. Who knows, maybe that is your friend’s plan up there?”, The Satan will say, pointing his finger at the ceiling. “What do you mean, Heylel?” Asks Abram, visibly uncomfortable.

“That this confusion did not happen by chance. It is fate. So you can find another woman and finally generate the heirs that your divinity has promised you”, will mock the man.

“You don’t know what you’re talking about. God doesn’t want me to part with Sarai. It doesn’t make any sense,” the “chosen” one will say, in a fit of fury. “Sorry. I just wanted to help. But I have seen that not everyone can say what they think,” will be the behemoth, once again defeated.

Genesis is a free adaptation of the first book of the Bible. The booklet is divided into seven phases and, currently, Record shows the fifth season – Journey of Abraham. In addition to the spoilers, the TV News publishes the summary of the biblical novel daily.