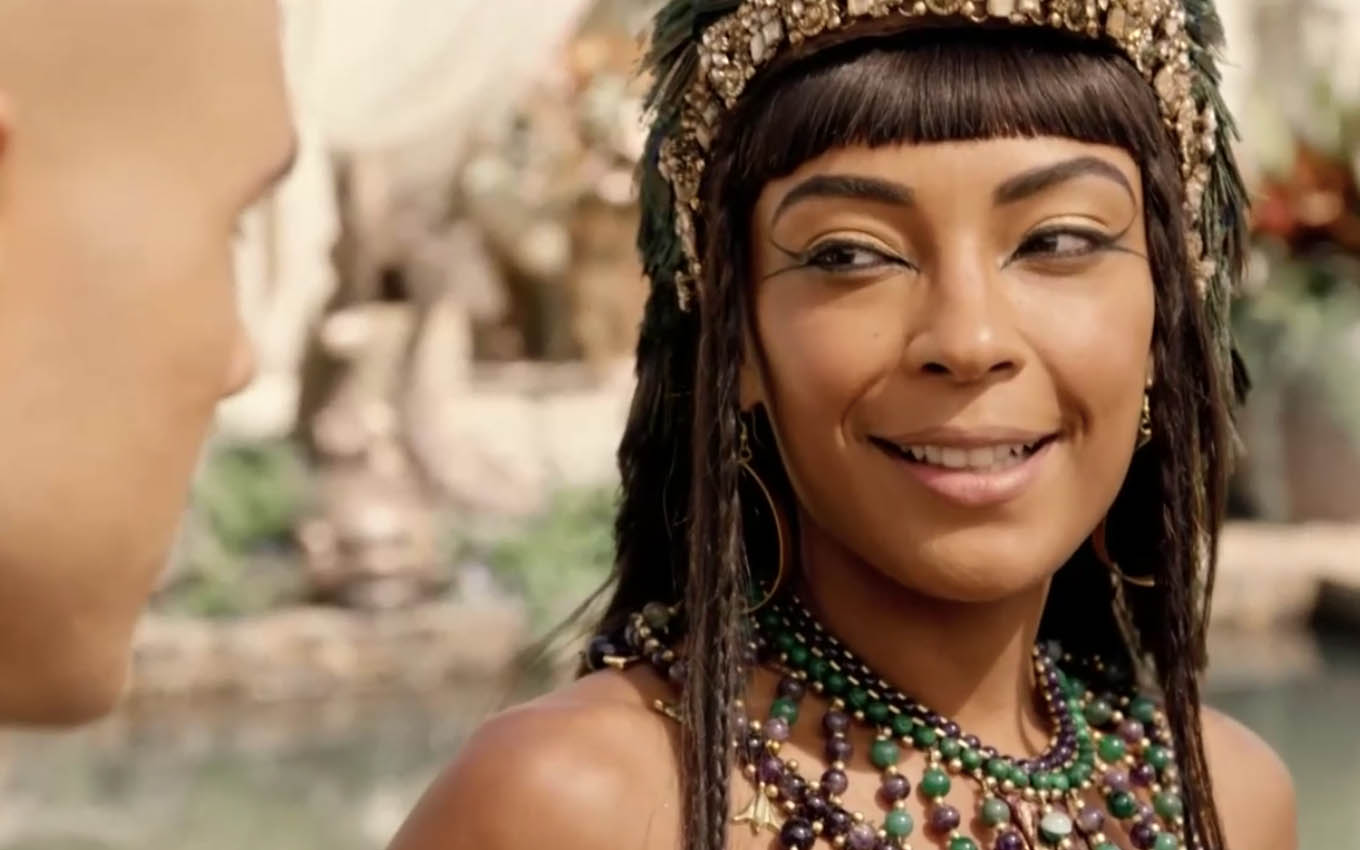 Neferíades (Dandara Albuquerque) will be covered in gold and peacock feathers to throw herself into the arms of Joseph (Juliano Laham) in Genesis. Under the nose of Potiphar (Val Perré), the noblewoman will try to drag the Israelite to the couple’s bed to take his virginity. “Lie with me? Let me be your first?”

Lucifer (Igor Rickli) aroused the Egyptian’s desire when he revealed that according to the laws of Abraham (Zécarlos Machado) he will only be able to sleep with a woman after marriage. Delighted, she began to surround the servant through the corridors of the house and even paraded in front of him in her nightgown.

Filled with fire, Neferíades will also insinuate herself to Joseph in front of Potiphar. The general, however, will not understand the woman’s true intentions and will believe that it is a pure pettiness – after all, she is one of the descendants of Ishmael (Anselmo Vasconcellos).

The van, by the way, will take advantage of the fact that the general will be occupied in the palace with Sheshi (Fernando Pavão) to put his claws out again in the scenes that will be shown from next Friday (2).

Dandara Albuquerque’s character will take the best jewelry out of the closet to make the slave drool. “Okay, you can look at me. I like it. There’s just one thing that’s stuck in my head. When you say your people are waiting for marriage, is that still true? Since that time we talked, have you ever slept with a woman?” “, will interrogate the “safadinha”.

José, fascinated by the beauty of his mistress, will confirm with a nod that he is still a virgin. She will then slip her hand around his neck, pull him close to her body, and lunge. “Then lie with me. Let me be the first,” Neferíades will amend.

The protagonist played by Juliano Laham will decline the offer, but the noblewoman will not give up:

He leaves. Nobody will ever know. I’ve been crazy about you for a long time. I even perfumed my bed, everything is already prepared. I know you want me too. Come, let me show you the delights you’ve never tasted. Let’s get drunk on love until dawn. Let me indulge all your desires.

The Hebrew, even enchanted, will be able to extricate himself from the caresses. “Is it my husband? Is that what worries you?” the madame will ask. “Stop it, no. Senor Potiphar trusts me. I am responsible for everything that is his. He made me the greatest man in this house,” the young man will refuse.

Neferíades will grab him again, but will get a kick out of José when he’s about to kiss him in the serial by Camilo Pellegrini, Stephanie Ribeiro and Raphaela Castro:

What you want is not right. I have authority over everything that belongs to Lord Potiphar. He gave me the right to everything but you, because you’re his wife. How can I do this evil and sin against God?