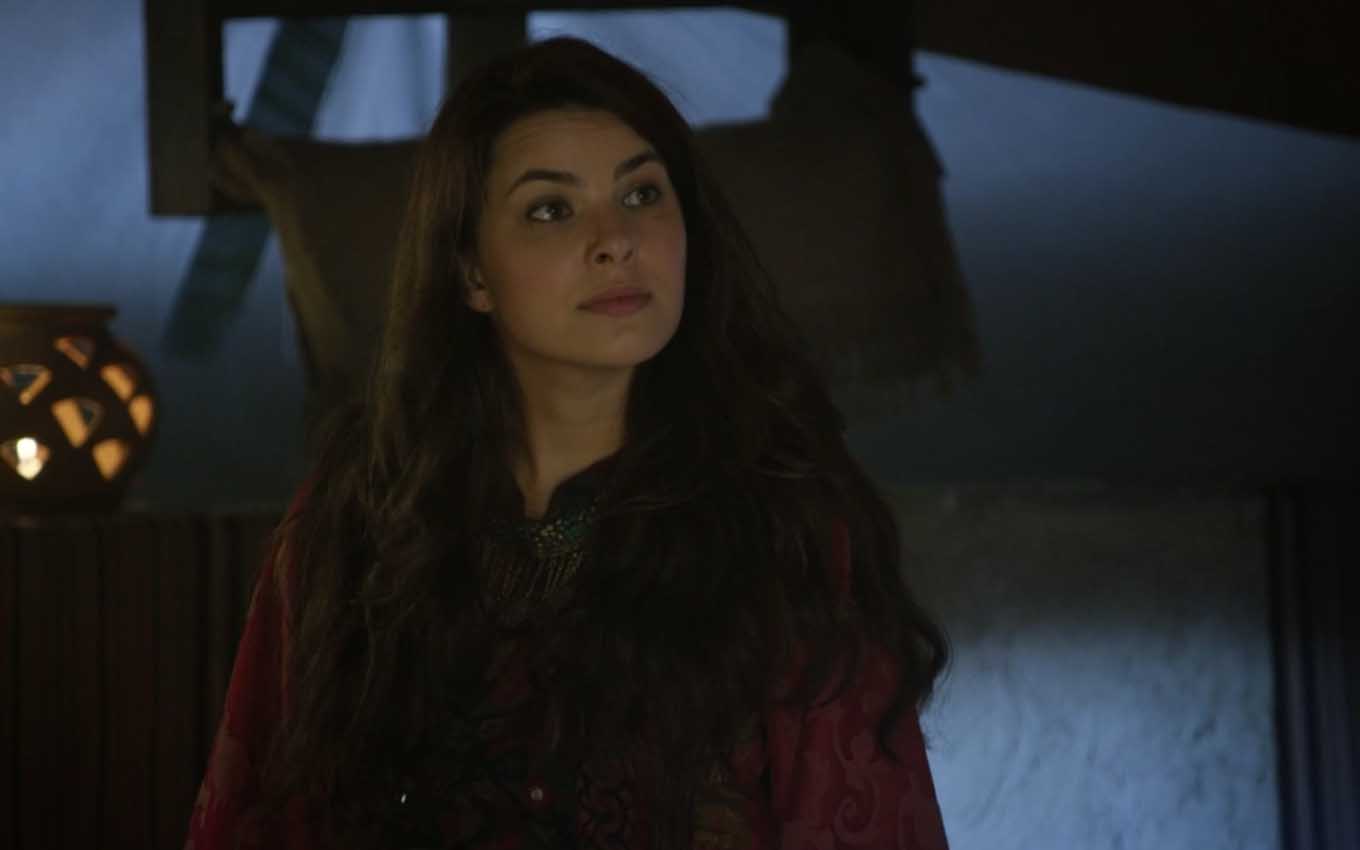 Arrogant, Raquel (Thaís Melchior) will rub in the face of Lia (Michelle Batista) that Jacó (Miguel Coelho) is at her feet in Genesis. The young woman will make it clear that it is only a matter of time before the shepherd asks Laban (Hector Martinez) for her hand. “I’ll give Jacob at most a moon to ask me to marry him”, will bet the wicked woman on Record’s biblical novel.

God will put Michelle Batista’s character in the path of Isaac’s youngest (Henri Pagnoncelli), but Lucifer (Igor Rickli) will interfere with the divine plans in the serials of Camilo Pellegrini, Stephanie Ribeiro and Raphaela Castro.

The “Prince of Darkness” will arrange for Jacob to be enchanted by Rachel’s beauty and put the other cousin out of his mind in the scenes that will be shown from this Friday (16). He will reject Lia in front of the whole family when he sees her for the first time without the veil — and is frightened by her suffering and tired face.

The antagonist played by Thaís Melchior, even, will be full of herself for monopolizing the attention of Esau’s brother (Cirillo Luna) during the dinner offered by Laban. “Oh, what a wonderful day. Do you know when everything works out perfectly for you?”, the brunette will shoot, when she arrives in the women’s room to sleep.

“Jaco is really great company. I also like being with him. I hope he’s learning more about the sheep with our cousin”, Lia will explain. “It’s much more than that, haven’t you noticed? I’ll give Jacob at most a moon to ask me to marry him,” the shrew will add.

Green with envy, Lia won’t miss the chance to snipe her sister. “So tell me. What have you noticed that you and Jacob have in common?”, the girl will question, certain that the family member is only looking at the fortune of Abraão (Zécarlos Machado). “I have what he wants, and he has what I want,” will fire Raquel.

“Marriage is not a game of interests”, will provoke God’s chosen one. “And what do you know about marriage? He hasn’t managed to find a husband until today. Jacob already told me that he fell in love with me the moment he saw me”, will complain the bad character.

“Did you know that when he gets married, his God will become your God too?”, Lia will question. “Honestly, that’s the last thing I would think”, will return the “queen of the data”.

“Well, it should be the first one”, the daughter-in-law of Rebeca’s dreams (Martha Mellinger) will rebuke. “Do you know what your problem is? You’re very straight,” Raquel will snort, not understanding the true weight of her sister’s words.