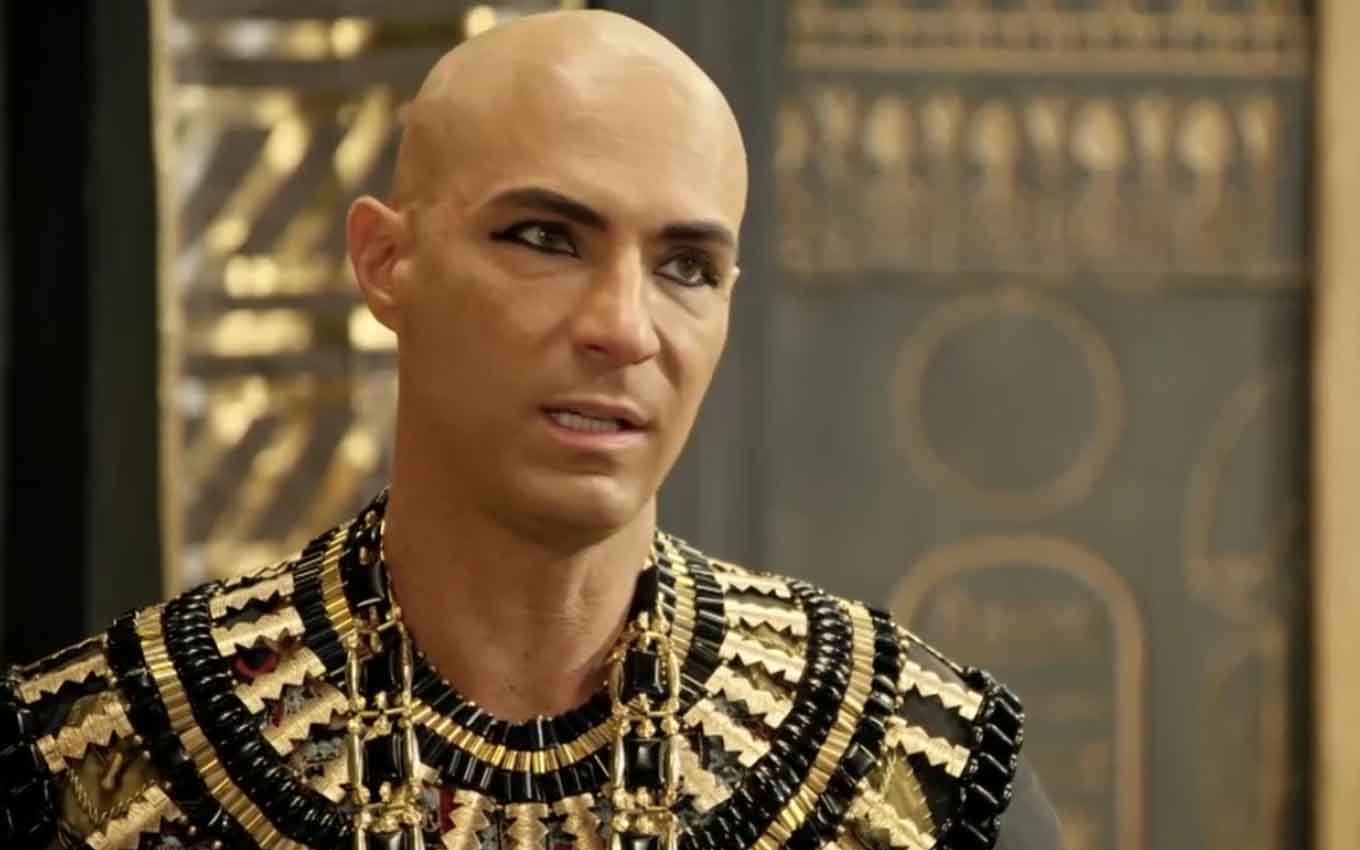 Sheshi (Fernando Pavão) will promote a bloodbath to avenge the death of Amarilis (Marianna Alexandre) in Genesis. The Pharaoh will not wait for the conclusion of Potiphar’s (Val Perré) investigations to blame the servant responsible for serving his sister with poisoned wine. “Hang him. Today. Him and all his children,” he will demand in Record’s biblical novel.

The princess will come under an assassin’s crosshairs after finding a sparrow feather, one of Apepi’s symbols (the broadcaster did not provide the actor’s name), among Kamesha’s (Kizi Vaz) belongings.

The noblewoman, however, will not have time to reveal her suspicions to the king of Egypt, as she will be the victim of an attack in the scenes that will be shown from this Friday (17). In an oversight, she will taste the drink baptized before the slave responsible for the safety of Fernando Pavão’s character.

Very weakened, Amarilis will spend a few days between life and death. “Someone has to give me an explanation for what was done to my sister. Was that an assassination attempt?” Sheshi will question.

“It’s still too early to say, but we’ve already apprehended the chief baker. I’ll question him right away,” promises Potiphar, who will barely be able to finish the thought. “I want the baker executed”, will demand the monarch in the serial by Camilo Pellegrini, Stephanie Ribeiro and Raphaela Castro.

How Amarilis dies in Genesis?

In shock, Potiphar will intervene on the cook’s behalf, but he will not quell Sheshi’s bloodlust. “Are you deaf? My butler is dead! My dying sister. He and all his children. Am I clear?” the lord of the Nile will roar.

“It would be better if no one knew about the possibility of an attempted poisoning. This would only cause panic, and the more people who know, the harder it will be to reach the culprit,” the general will argue. “Perhaps I even have some information that will help, sovereign,” he will add.

Sheshi will glare at you. “Yesterday, Amarilis came to talk to me. She said she suspected someone from the palace,” the military man will reveal. “Who?”, the gentleman will question, not imagining that it is Kamesha.