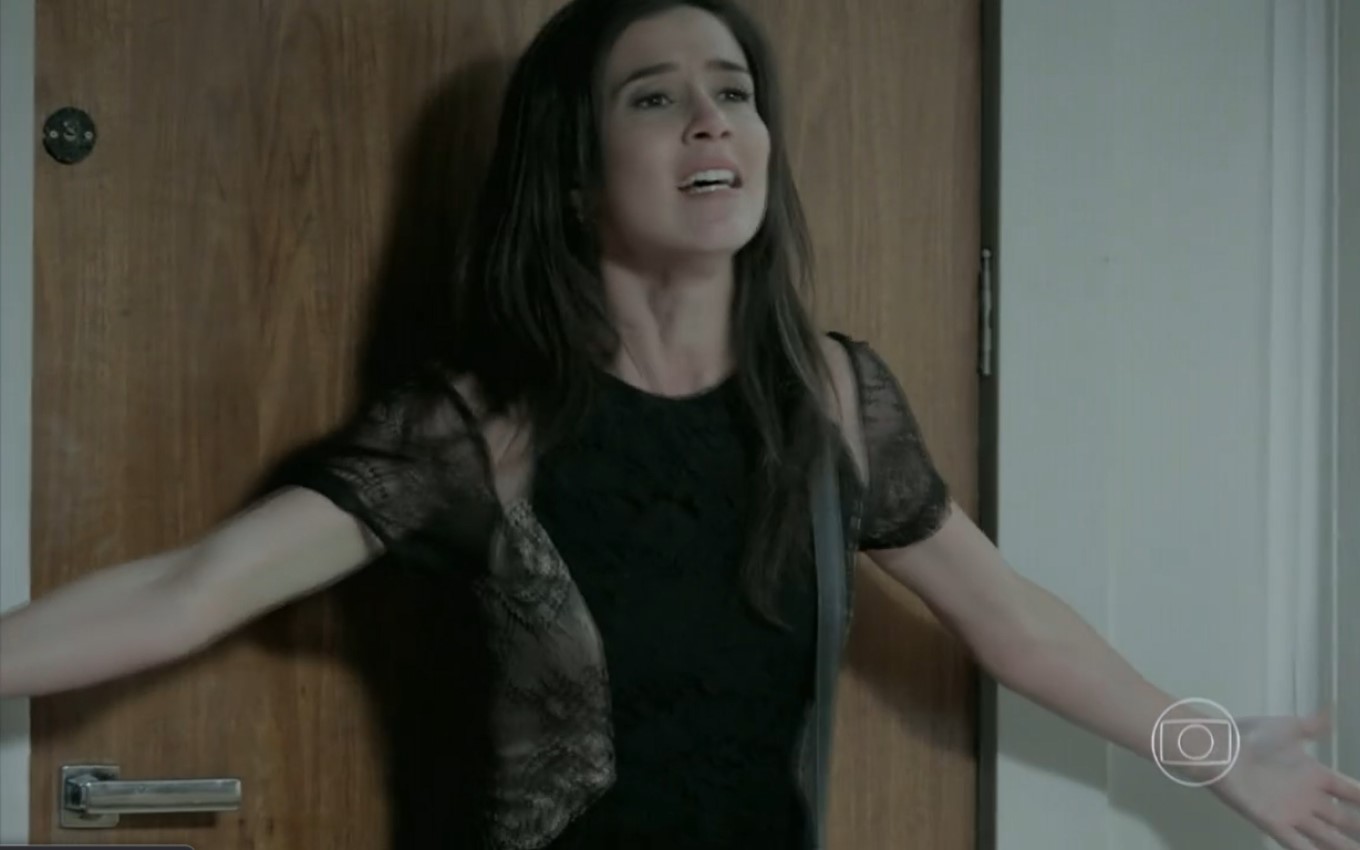 Cora (Marjorie Estiano) will find José Alfredo (Alexandre Nero) hiding in the house of Maria Isis (Marina Ruy Barbosa) and will go on the attack in Império. The bitch will bite the Commander in the mouth, who will then hang her. She will ask her brother-in-law to repeat the gesture on the bed in the 9 o’clock soap opera on Globo: “Me esgana”, she will shoot.

Since Alexandre Nero’s character faked his own death, the villain has come face to face with his platonic love in the street several times. The millionaire even tried to convince her that she was hallucinating, but the “snake” insisted on proving that he was alive.

In a scene that will air from the next 20th, Cora will find José Alfredo and attack him with kisses. “You’re crazy! Open that door, you venomous snake, your poison won’t bring me down”, will announce Maria Marta’s husband (Lilia Cabral), who will reject the advances of Cristina’s aunt (Leandra Leal) and grab her by the neck.

I love the feel of your fingers. Come, I’m waiting for you. You touched Eliane [Malu Galli], that disgusting. If you’ve enjoyed it more than a thousand times with her, now you’ll have to be a man to face me. This time you don’t escape me, or else I’ll have to go around telling everyone you’re alive.

The Medeiros family patriarch will doubt that the madwoman has enough power to convince everyone that he has not died, but he will be desperate when he sees that he was photographed by her. “Give me this!” he will plead. “It doesn’t have to be violent, it can be much more pleasant,” Cora will retort.

Maria Isis, who will be in the apartment’s bathroom with the hair dryer on, will find the screams strange and see her rival clinging to her man. The nymphet will call Josué (Roberto Birindelli) and ask him to stop her.

Alexandre Nero in an Empire scene

José Alfredo will try to convince Cora that he can disappoint her in bed. “My problem, what matters is that only after my night of love will you get me to destroy that photo. You’ll have to make me a woman and it’ll have to be now!”, she will declare.

When they are in the room alone, Cora and José Alfredo will be interrupted by the rich man’s henchman. “I knew you were tricking me and that you were going to outsmart me. I’ll give up, but only for a while,” will say the pervert, who will threaten to divulge the image she saved on her cell phone.