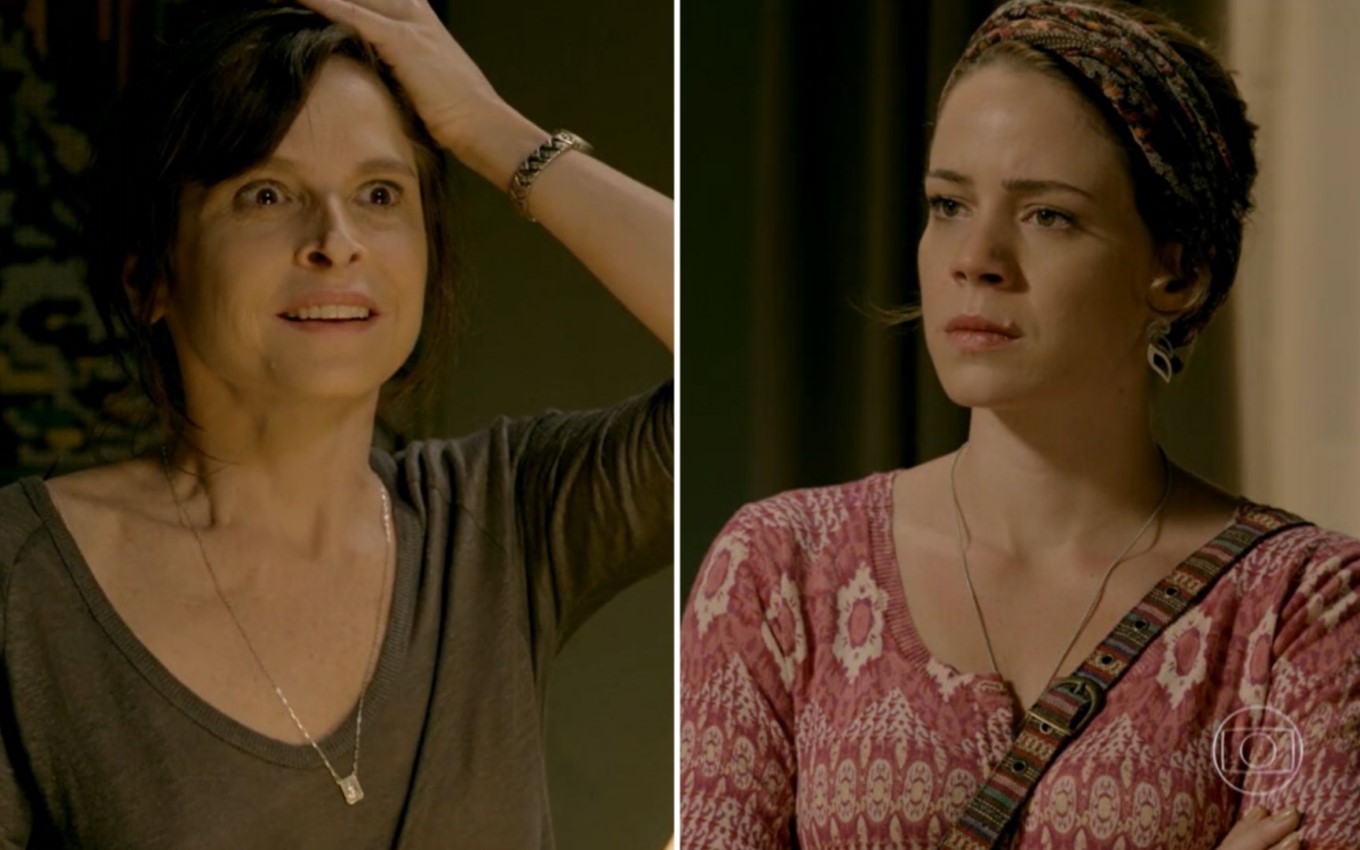 Cora (Drica Moraes) will speak barbarities to Cristina (Leandra Leal) in Império. The sexually repressed woman will not be satisfied with the fact that her niece abandoned Fernando (Erom Cordeiro) to be with Vicente (Rafael Cardoso). She will compare her with Eliane (Malu Galli), who cheated on her husband with her brother-in-law. “Your mother was sleeping with two men,” the “snake” will announce in Globo’s nine o’clock soap opera.

In previous chapters, the shrew told Elivaldo (Rafael Losso) that he did not understand the exchange made by the blonde. “A cook, where have you seen yourself? Change a lawyer from the future for a shaved foot that keeps the belly on the stove,” said the ferocious woman.

In the sequence that will air next Wednesday (2), Cristina will come home happy after spending a few hours with her new boyfriend, and Cora will put the bed in the life of the relative. “Reminds me of her mother, she came home just like when she went out to go for a walk with Zé Alfredo [Alexandre Nero]”, will release the crazy.

The commander’s bastard daughter will not understand her aunt’s comment. “As genetics is funny, she made the same face she did when she was enjoying herself with her lover”, continues Cora. The blonde will interrupt the conversation: “Aunt, shut up. Shut up that you already gave. The lady only says what sucks”, the young woman will reply.

The sexually frustrated woman will claim that she just wanted to help the girl so she wouldn’t repeat the mistakes of the past. “But if you want to fulfill your destiny, that’s fine”, will complete the vixen before firing:

I saw the tragedy happen once and I see it now. Your mother slept with Zé Alfredo and Evaldo [Thiago Martins] at the same time, two men, a little shame. And you were dating Fernando and now you’re with this cook.

Cristina will declare that she has not betrayed anyone and that she is no longer with her ex-fiance. She will still stop talking to her aunt and prevent her from speaking ill of her mother again. “If you say anything else, I will not be responsible,” the saleswoman will announce, already leaving for the upper part of the townhouse where she lives. “Naughty as a mother,” whispers Cora, alone.