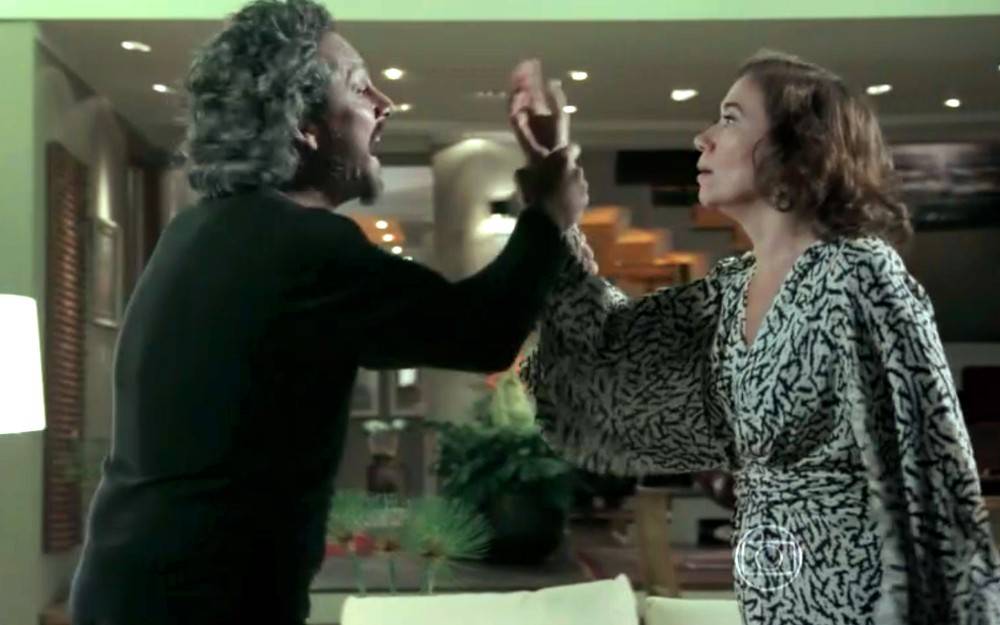 José Alfredo (Alexandre Nero) will make a serious indictment against Maria Marta (Lilia Cabral) in Império. The Commander will not have bought the fact that she and Silviano (Othon Bastos) were married and will ask sternly if one of their children is, in fact, the butler’s. The dondoca will be absolutely furious at the suspicion. “I’m not a slut,” she’ll snarl in Globo’s nine o’clock soap opera.

In the chapter of Aguinaldo Silva’s plotscheduled to air this Friday (15), the “man in black” will go to the woman and ask if José Pedro (Caio Blat) is really her son. “If you were married to Silviano, isn’t one of them Silviano’s son?” he will ask.

The madam will not like what you hear. “You respect me, you jagunço, that I’m not a tramp like the little chick you found”, will shoot the “empress”.

However, the Commander will remain suspicious, and she will try to slap him. “Don’t try to play the jaguar, no, Marta, I know you very well. It’s quite possible that you and Silviano have cuckolded me here in my house”, the almighty will shout.

“Scoundrel! Dog! Son of a mare! Unhappy! Disgraceful! Disgusting! Animal! Cangaceiro! Jagunço! Get out of my way! No, don’t, no, now I’m going to say a few good things to you!” Martha, full of hate.

Império (2014) won a “special edition” to fill the hole left after the end of Amor de Mãe on Globo’s prime time. The unpublished Um Lugar ao Sol, the next telenovela in the 9 pm range, premieres on November 9th.