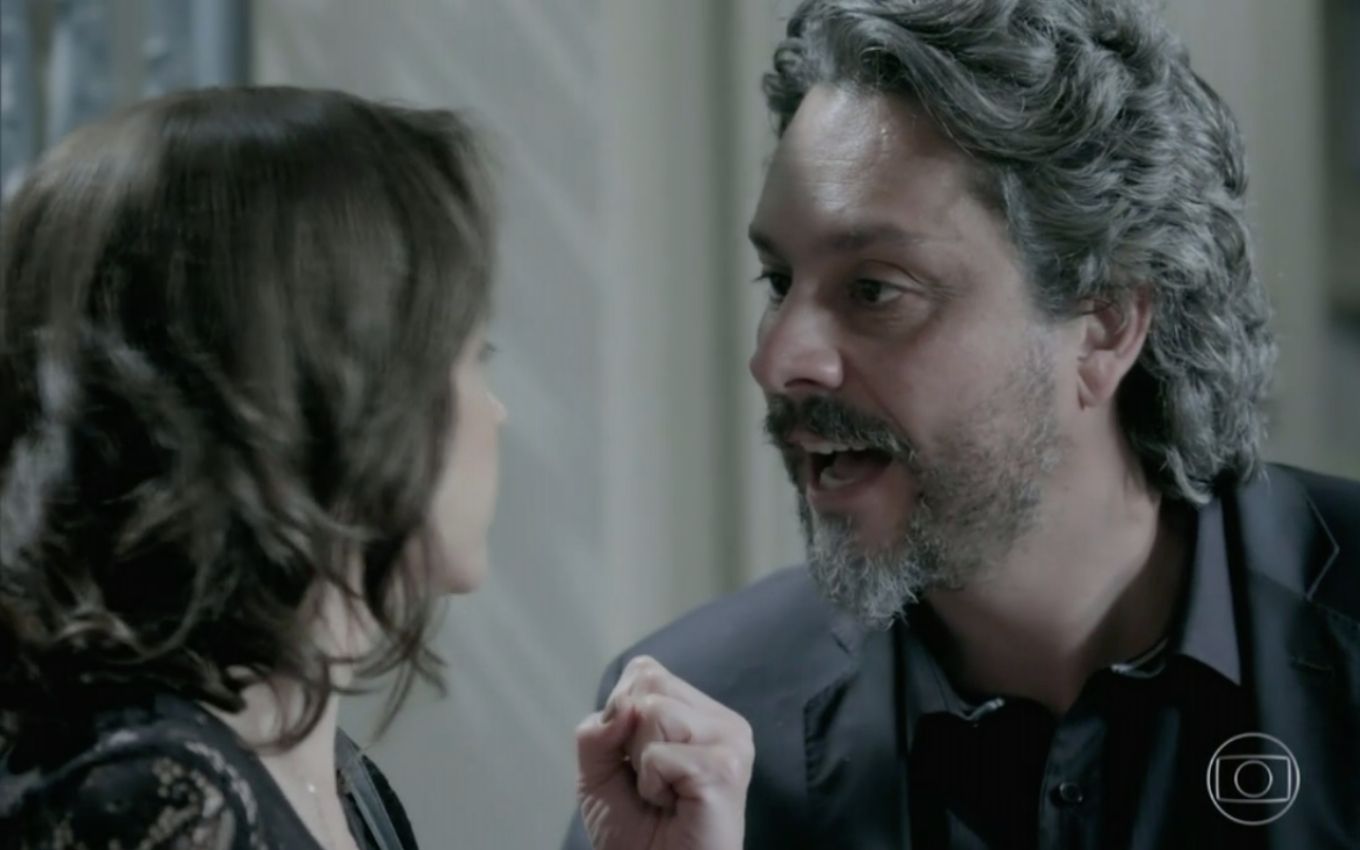 In Império, José Alfredo (Alexandre Nero) goes hunting Cora (Drica Moraes) in an attempt to retrieve her pink diamond, but will end up being made a muggle by Cristina’s aunt (Leandra Leal). In the nine o’clock soap opera on Globo, the viper will steal the protagonist’s own car to escape with the pieces of the precious stone. “We’re back to square one,” the commander will note.

In the scenes that will air next Tuesday (27), the owner of the Império jewelry store will go after Cora at her house, but will find only Jairo (Julio Machado) and Cardoso (Ravel Cabral), who will also be looking for the villain.

“How can you let me get her car, where were you? She doesn’t even know how to drive!”, will shout Maria Marta’s husband (Lilia Cabral) in front of the driver (Adel Mercadante). “She zigzagged, passing over the sidewalk, but flew out of here!”, the employee will justify. “She ran away from me, the bastard”, will interrupt Jurema’s eldest son (Elizangela).

When he notices Cardoso’s gun, José Alfredo will feel intimidated and will leave the place to go after Cora. “I’ll go after the miserable one, I’ll find this jararaca even if it’s in hell”, will promise the rich man.

In his car with Joshua (Roberto Birindelli), the “emperor” will continue his search through the city streets. “First he offers my diamond in exchange for her virginity, now he steals a car and disappears with it, damn you”, will curse Maria Isis’s boyfriend (Marina Ruy Barbosa). “I think she’s running away from that security guard of hers,” the faithful squire will comment.

“Yeah, there’s a lump in that angu there, Joshua. Those two were definitely the ones who had a piece of my stone, and she must have managed to snatch them away,” the boss will agree. “It makes sense. I think I’m recognizing these two. I think they were there in the furdúncio the day the diamond fell, which broke on the ground”, recalls the employee.

“Both yes. The hairy one over there is her security guy,” explained José Pedro’s father (Caio Blat). “And the other one was the one with the megaphone”, the driver will complete. “Now that’s explained. Wait a minute, Joshua, isn’t the stolen car ours?”, will ask the owner of Império, who will remember that the company’s vehicles have a tracker.

“Of course! Wait, I’ll call the insurance company, in two steps we’ll have this car”, the protector will say. “Cora, Cora, you can’t escape me, devil!” the millionaire will say.

Afterwards, José Alfredo and Josué will even find the car stolen by the villain, but without any sign of Cora. “The madwoman abandoned the empty car. She would forget the soul, but not the diamonds. We are back to square one”, laments the commander.