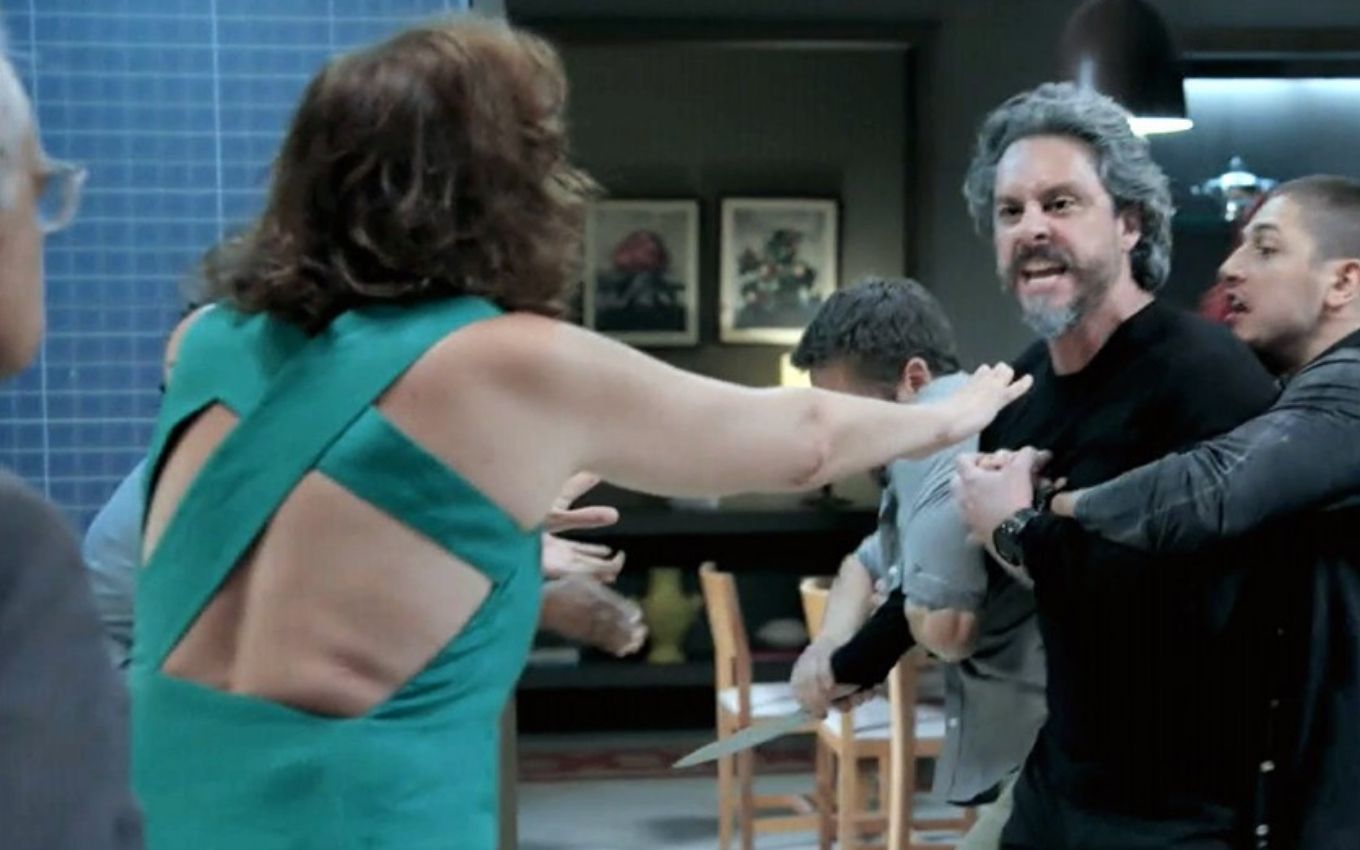 The climate will weigh on Medeiros’ mansion in Império. After being expelled by José Alfredo (Alexandre Nero), Silviano (Othon Bastos) will exalt and say heavy offenses to the commander. Furious with the butler’s posture, the “man in black” will threaten to stab him in the 9 o’clock soap opera on Globo.

In the scenes planned to air in this Tuesday’s chapter (12), the ex-husband of Maria Marta (Lilia Cabral) will be talking to Claraíde (Luciana Malcher) in the kitchen when the almighty will arrive screaming at the employee that the servant was fired. In the face of confusion, the whole family will head to the scene.

Silviano, then, will begin to humiliate the now ex-boss. “You appropriated what wasn’t yours, you laundered money, you smuggled, you stole, you killed… I know you made so much money that you bought a title of government commander. You think you are the king of the world: the man that rains diamonds on the earth,” he will say.

“You think you’re an emperor, but you’re what you’ve always been: a bronco. A northeaster with no refinement, who never had any scruples. An ignorant, who didn’t know he had a treasure on his side: Marta, the woman with whom you If not for her, you would still be an exotic creature, ridiculous, a clown in the eyes of humanity,” he will add.

The butler will still name José Alfredo’s greatest enemy. “And if there really is this Fabrício Melgaço guy, he’s doing a great benefit to humanity. He’s showing that the Commander doesn’t pass…”, he’ll provoke. At that moment, Maria Isis’ lover (Marina Ruy Barbosa) will pick up a knife, but will be restrained by João Lucas (Daniel Rocha).