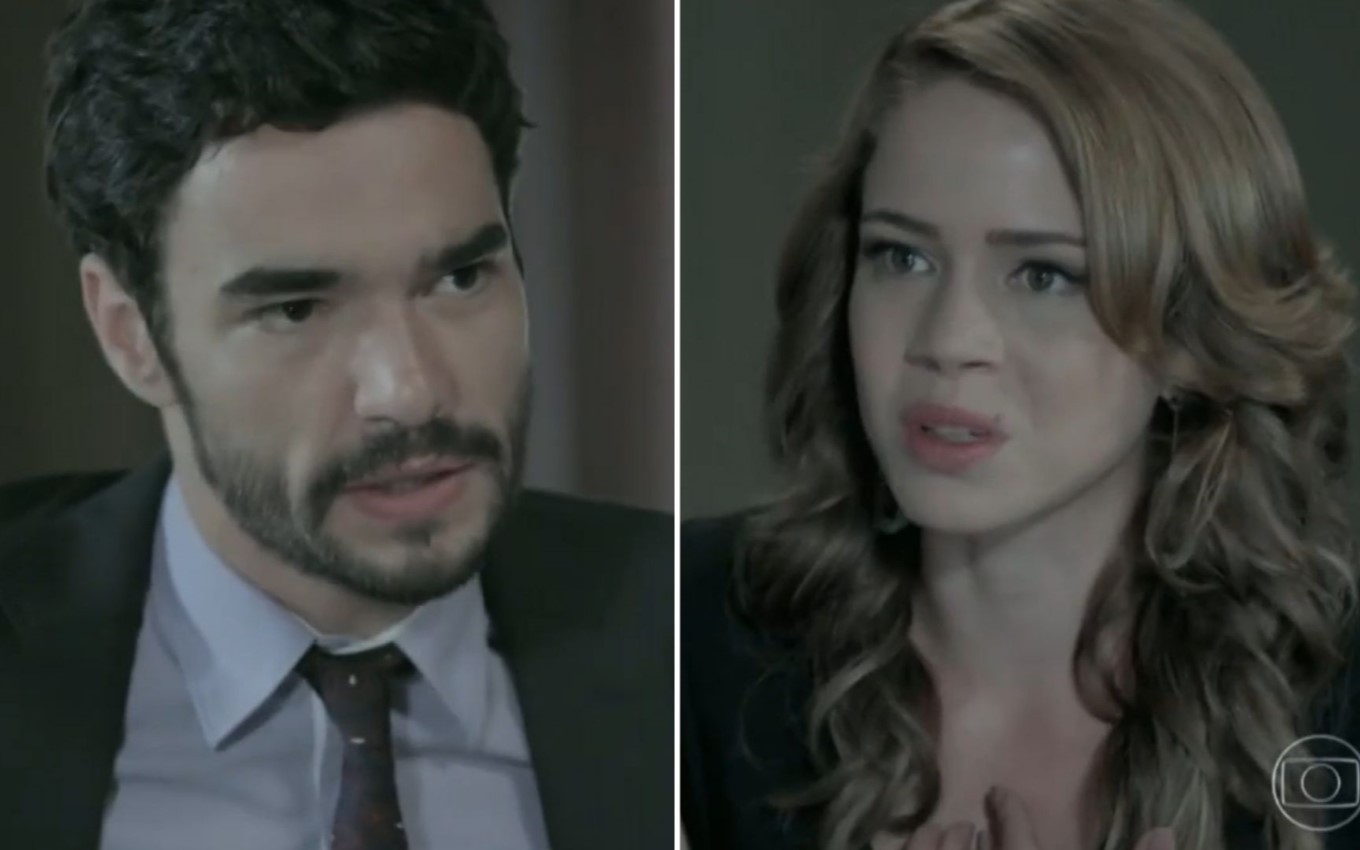 José Pedro (Caio Blat) and Maurílio (Carmo Dalla Vecchia) will set up a circus with the return of Cristina (Leandra Leal) from Switzerland in Empire. The villains will accuse the blonde of being behind the theft of José Alfredo’s (Alexandre Nero) accounts and will make Maria Marta (Lilia Cabral) remove her from the presidency of the jewelry store. “We’ve got the little bastard”, will declare Medeiros’ eldest son in the 9 o’clock soap opera on Globo.

Leandra Leal’s character traveled abroad at the behest of the commander, who noticed a millionaire breach in his bank account. There, she demanded explanations from the employee about the huge transfer of money and was warned that the only Brazilian who entered the agency on the day of the action was Fabrício Melgaço. However, before boarding, the bastard didn’t tell anyone else where she was going.

In a scene that will air next Saturday (18), Cora’s niece (Marjorie Estiano) will be summoned to a meeting at the jewelry store and will not understand the reason for the suspicions about her. “The fact that you lied about the destination of your trip gives us the right to be suspicious of all your attitudes, from the reason for your going to your involvement in the disappearance of the money”, explains Maria Marta.

José Pedro will intrude in the conversation and ask specifically where his half-sister has gone. “I personally went to the bank branch where Império always kept its current account”, she will say, who will tell the reason for keeping it secret.

“It was a risk, I decided to go there and find out who took our money. For me, we have suspects in this room”, will declare Eliane’s daughter (Malu Galli).

Maurílio will take advantage of the situation to turn the tables. He will insinuate that the one who arouses suspicion is Cristina. “You lie, you omit, and now we are the suspects?” he will ask. “On the other side of the world, do you think you were going to discover something?”, will add the brother of João Lucas (Daniel Rocha) and Maria Clara (Andréia Horta).

The “Empress” will make it clear that there is no possibility that the stepdaughter will continue to occupy the position of president of the company. “If you have the slightest bit of decency, resign now”, will demand the dondoca. Upset, Vicente’s ex-girlfriend (Rafael Cardoso) will say that she needs to think about the matter and will leave.