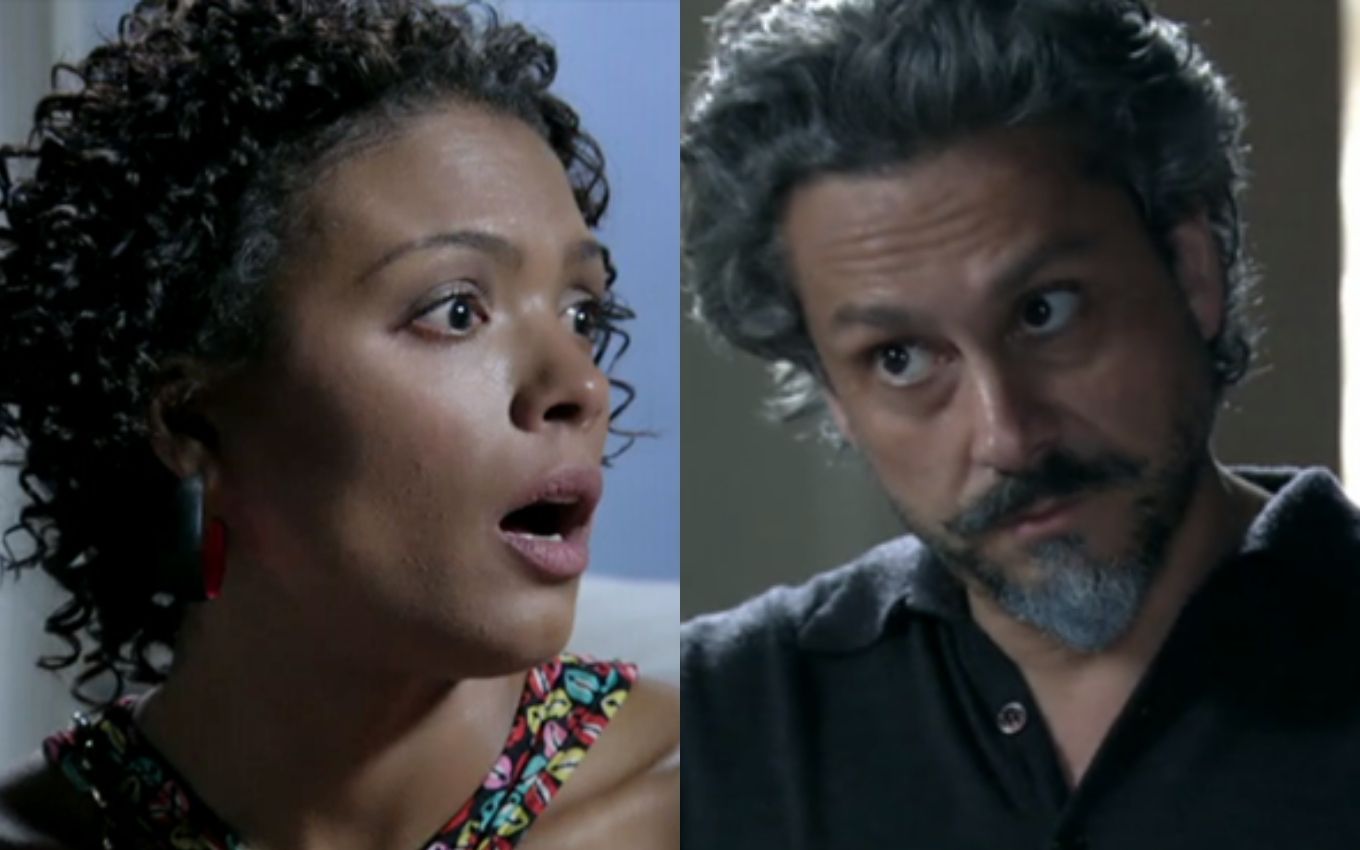 Kelly (Lidi Lisboa) will have a fright and faint when she sees José Alfredo (Alexandre Nero) alive at Maria Isis’ (Marina Ruy Barbosa) house in Império. The Commander will open up the game about the farce of his death with his maid and Batista (José Negreiros) in order to hide in his lover’s apartment in the 9:00 pm soap opera on Globo. “I left the tomb”, will mock the businessman.

Upon returning from the hunt into the past of Maurílio (Carmo Dalla Vecchia) in Minas Gerais, the “man in black” will discover that Cora (Marjorie Estiano) saw him leave Manoel’s (Jackson Antunes) bar. The owner of Império will then appeal to Maria Isis in the next chapters of the serial.

To hide in the house of the receptionist at Vicente’s restaurant (Rafael Cardoso), Zé Alfredo will have to open up the game to Kelly and the doorman of his lover’s building. The redhead will ask for a conversation with both of them. “Did we do something, Batista?”, asked the young woman’s employee, worried.

When they open the door and come across Maria Marta’s husband (Lilia Cabral), the two will scream in astonishment. Kelly will pass out shortly thereafter. “She’s almost terrified of herself,” her mistress will say. “Can someone tell me what’s going on, before I fall hard here again?”, the maid will ask when she wakes up.

Cristina’s father (Leandra Leal) will start to explain what happened. “Oh, I know, you’re going to ask me how I was buried, veiled and how I got out of the tomb”, he will quip. He will beg the pair not to tell anyone about his fake death. “By my father’s soul, I swear, your Commander, you can trust me,” Kelly will promise.