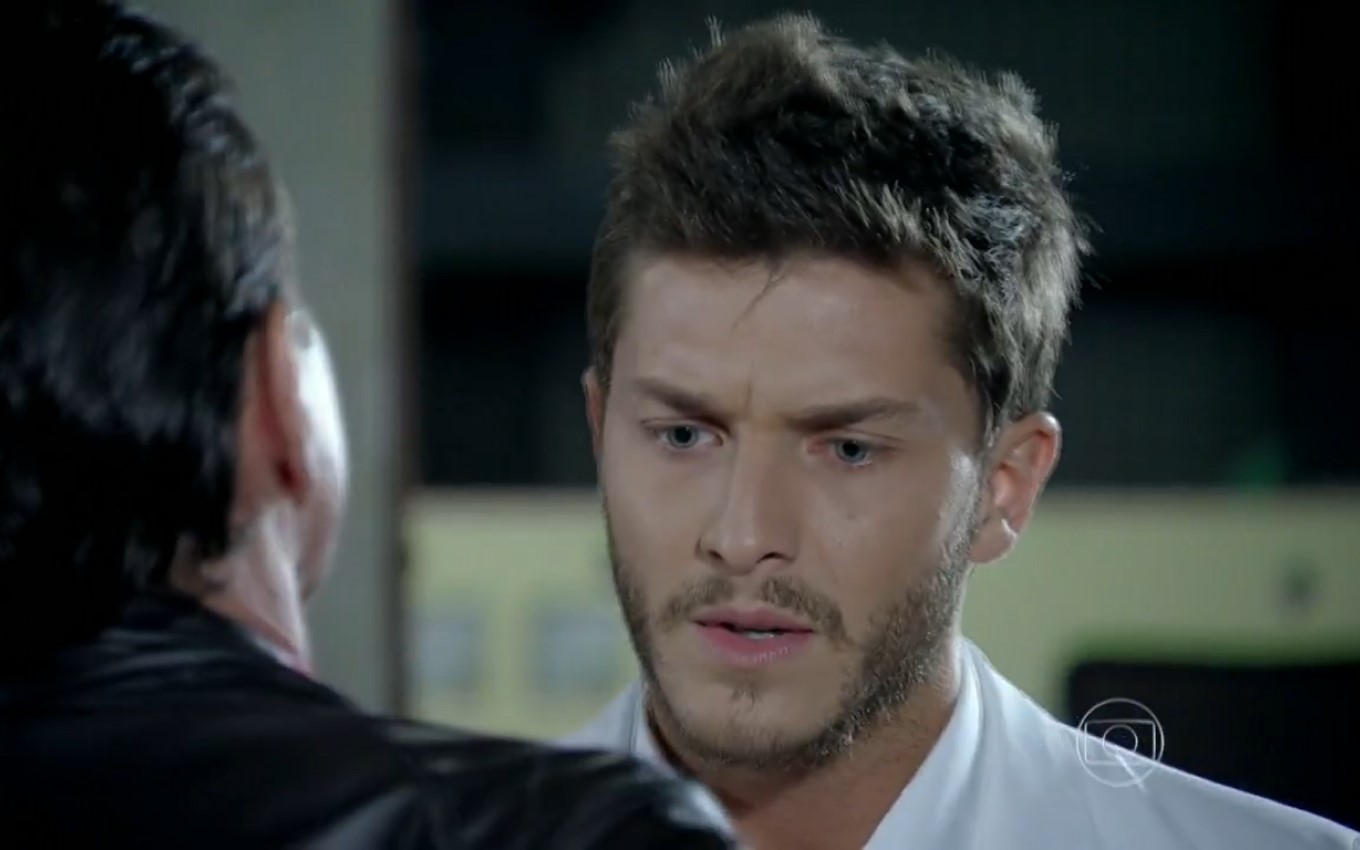 After allying with Téo (Paulo Betti), Leonardo (Klebber Toledo) will audition to get a role in a series in Império. The director will interrupt him before his assessment as an actor ends and will demand that the boy come to his house later. The blonde will take offense at the disgusting proposal. “I’m not going to put my body in the window just because your friend wants it”, the handsome guy will say to the gossip in Globo’s nine o’clock soap opera.

The blonde and the journalist allied themselves in the booklet, as the character of Paulo Betti wants to force Claudio (José Mayer) out of the “closet”. So he got an audition as an actor for Leonardo, who was to hand over proof that he had a “life together” with the ceremonialist.

The blogger will talk to Érika (Leticia Birkheuer) about his anxiety to publish the revealing stories about his former childhood friend. “When I have the evidence in my hand, it will be really good,” says the farmer, pouting with his mouth.

However, in the scenes that will air this Thursday (6), the ex-lover of the ceremonialist will receive a disgusting proposal. “I will only say if I liked the test after you pass my house,” said the director who is a friend of the social columnist. Confused, the blonde will ask why. “Of course you understand, aren’t you a friend of Téo Pereira? His friend understands this very well”, he will add.

Feeling humiliated, Leonardo will look for Téo, who will encourage him to meet the director. “Aren’t you going? The director asked you to go to his house and are you willing not to accept it?” He will try to reassure the boy, who will take offense at the insistence.

Dirty game to pick up documents

“I’m not going to go through this,” said the young man. Téo will ask if he went back to hiding “in the closet”. “I know very well what I am, I am proud of it, but I am not going to put my body in the window just because your director friend wants to. Beatriz (Suzy Rêgo).

The journalist will revolt and remember that the two had a deal. Obsessed with exposing the secret of Enrico’s father (Joaquim Lopes), Téo will call Robertão (Romulo Arantes Neto) and ask the bombado to go to the house of the ex-lover of the ceremonialist and put a pill in his drink.

“He will take it and, when it is off, you will look for a drawer with documents. Put everyone in a bag and bring it to me”, will combine the bad character with Maria Iris’s brother (Marina Ruy Barbosa).