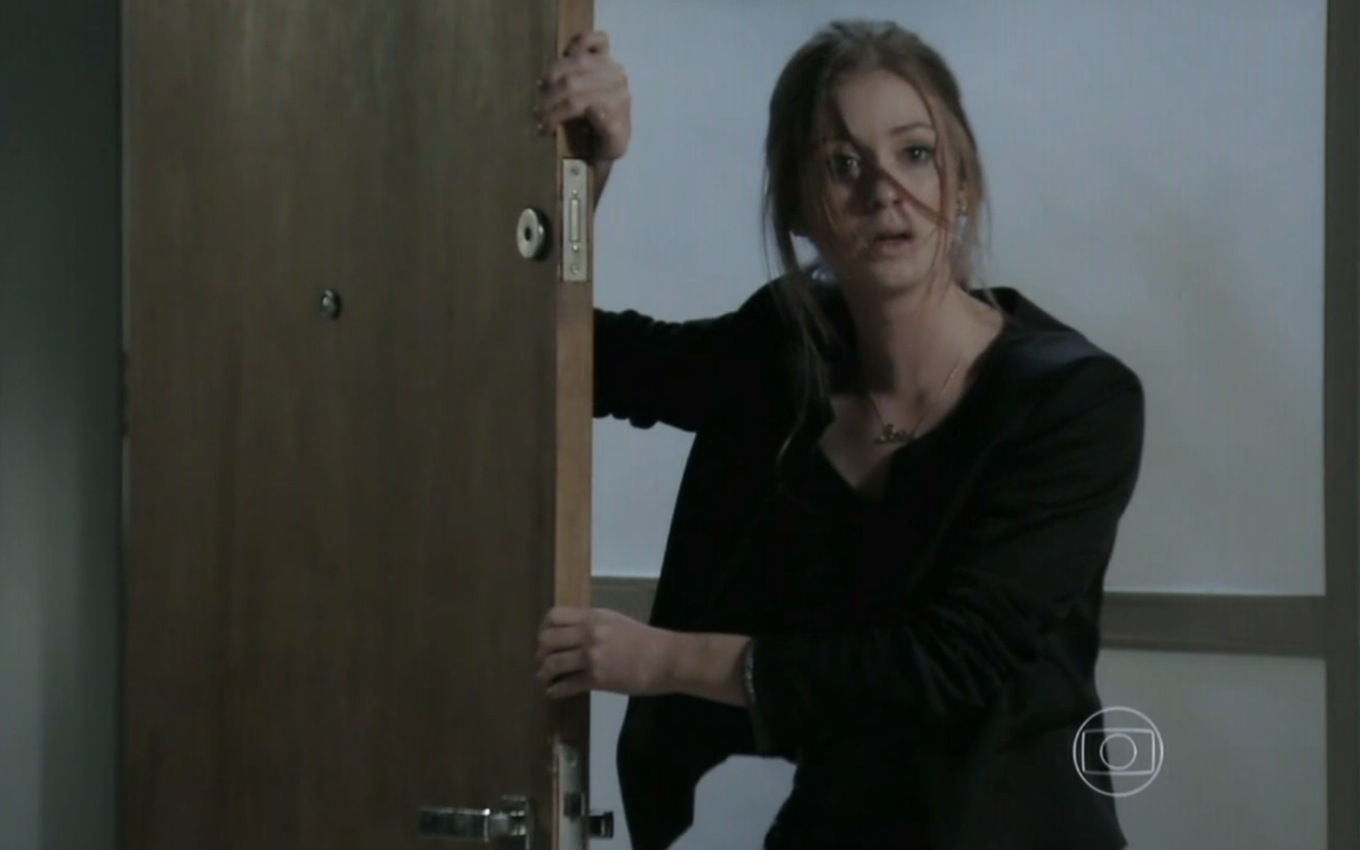 Maria Isis (Marina Ruy Barbosa) will not accept being wronged by José Alfredo (Alexandre Nero) and will drive him out of her life. “Rua, disappear”, will order the redhead at the door of her apartment in Império. She will have been accused of betraying him with João Lucas (Daniel Rocha). It will all be nothing more than a lie invented by the nymphet’s mother, who decided to get even with her when she ran out of allowance on the 9 o’clock soap opera on Globo.

After being contacted by Magnolia (Zezé Polessa) and hearing that Maria Isis really got pregnant and that the child was her youngest heir, the commander will confront his lover about the story. “Explain to me the story of the pregnancy that you claim was hysterical,” the millionaire will press.

“I don’t even know if that’s the real name. I thought I was pregnant, I went on that trip, but it was all so ridiculous, so childish of me. Oh my love, let’s not talk more about it”, will reply to girl, when going to hug the commander, who will refuse the affection.

“Were you pregnant or not?” the man will insist. “No! It wasn’t, I’ve already told you, it was psychological”, counters the “new girl”. “Don’t lie to me, Isis. You were pregnant and lost the child”, will affirm the rich man in scenes that will air from next July 31st.

Maria Isis will not understand her lover’s insistence. She will claim that if something like this had happened, she would have told. “I wouldn’t have told you because it can’t be mine, it’s not mine. Who were you pregnant with?”, the jeweler’s owner will question.

“Why are you talking to me like that, Zé Alfredo? I wasn’t pregnant, but if I did, it could only be yours!”, the girl will say. “It couldn’t be mine. If you, or anyone else, were pregnant with me, it would be a miracle. Because I’m vasectomized! I’m sterile,” he will announce, who will take the girl by surprise.

“After my three children, my marriage started to fall apart, I had some women who were much more interested in my bank account than in my beautiful eyes. And then I closed the factory!”, the man in black will explain.

It will be then that the public will see the commander accuse Maria Isis of having slept with her son João Lucas, who for a time stayed behind the redhead and fell in love with her. “It was him, my son, who was walking around here, inside the house, and he put a horn on my head!”

Isis will say he’s crazy and come to the conclusion that everything is a setup by his mother, who swore to separate them after the girl decided not to support the family any longer. “If you believed in that pickaxe, I have nothing else to say”, will advise Marina Ruy Barbosa’s character, who will add that everything between them is over.

José Alfredo will continue to insist that she explain the story properly and will make more accusations Hurt at all the insinuations and because he believed in her mother, Isis will change her stance and tell a completely different story from what she had been sustaining.

Do you really want to know, the real truth? I wanted to give you the blow, yes. Yeah, that’s what you’re thinking. I’m just a slut, an explorer, a perguete, who does everything to do well in life. I pretended I loved you. Betray you with several men, including the doorman.

The commander will ask her to stop for free and say that her “sweet child” is saying all that to hurt him.

“I wanted to give you the blow in the belly, yes! I was going to leave this relationship with nothing? No! I saw in your son the opportunity to get along! And since everything is clear now, I bluffed when I said I didn’t want anything from you That’s a lie. I’ve conquered this apartment. I’ve earned it by staying all this time by your side. It’s mine! So get out of here! Get out, street! Get lost! Go away! Street!” it.