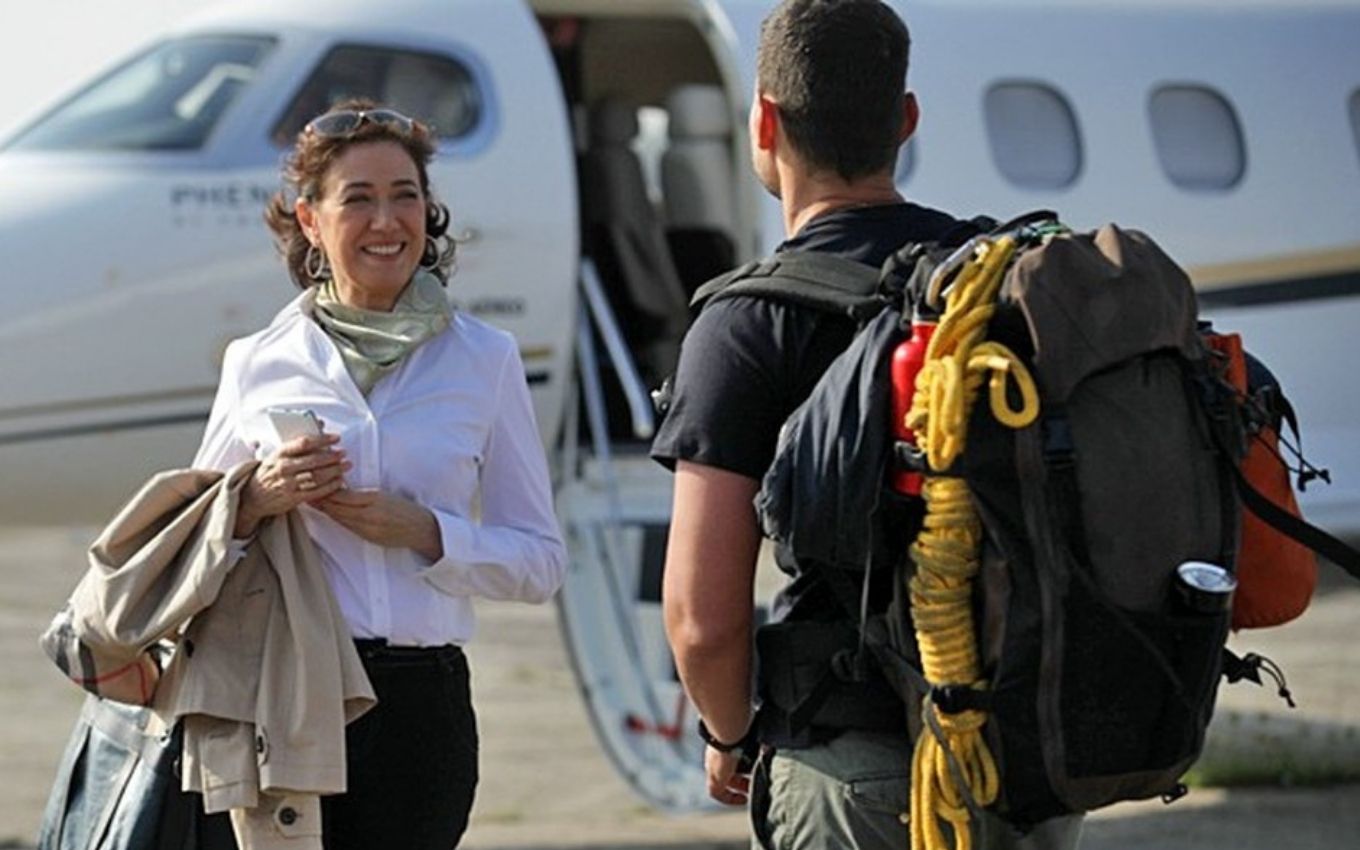 Maria Marta (Lilia Cabral) will have a crush on a younger man in Império. The rich will approach Maurílio (Carmo Dalla Vecchia) after he rescued him from a cave in Monte Roraima. José Alfredo’s wife (Alexandre Nero) will offer the boy a ride in a helicopter and, at their farewell, a kiss will roll.

Maria Clara’s mother (Andreia Horta) will find a new love interest in this Monday’s (31) chapter in Aguinaldo Silva’s booklet. As seen this Saturday (29), the socialite met Sebastião’s son (Reginaldo Faria) after the boy helped her out of the cave in the middle of a storm.

The pair will approach, and Maria Marta will offer a reward for the ransom. The man will refuse to accept help, and Silviano’s employer (Othon Bastos) will ask them to descend together from Monte Roraima in his helicopter.

On the trip, the character of Carmo Dalla Vecchia will be receptive and invite Maria Isis’s rival (Marian Ruy Barbosa) to visit him in Minas Gerais when he has the opportunity: “Thank you very much. I feel that a beautiful friendship is being born”, she will say the veteran.

On dry land, strangers will become something more. In the farewell, Maria Marta will ask the boy to look for her if he visits Rio de Janeiro. Maurílio will thank you and, for an oversight, they will exchange a peck. “I swear it was by chance! But I liked it!”, will end the character.