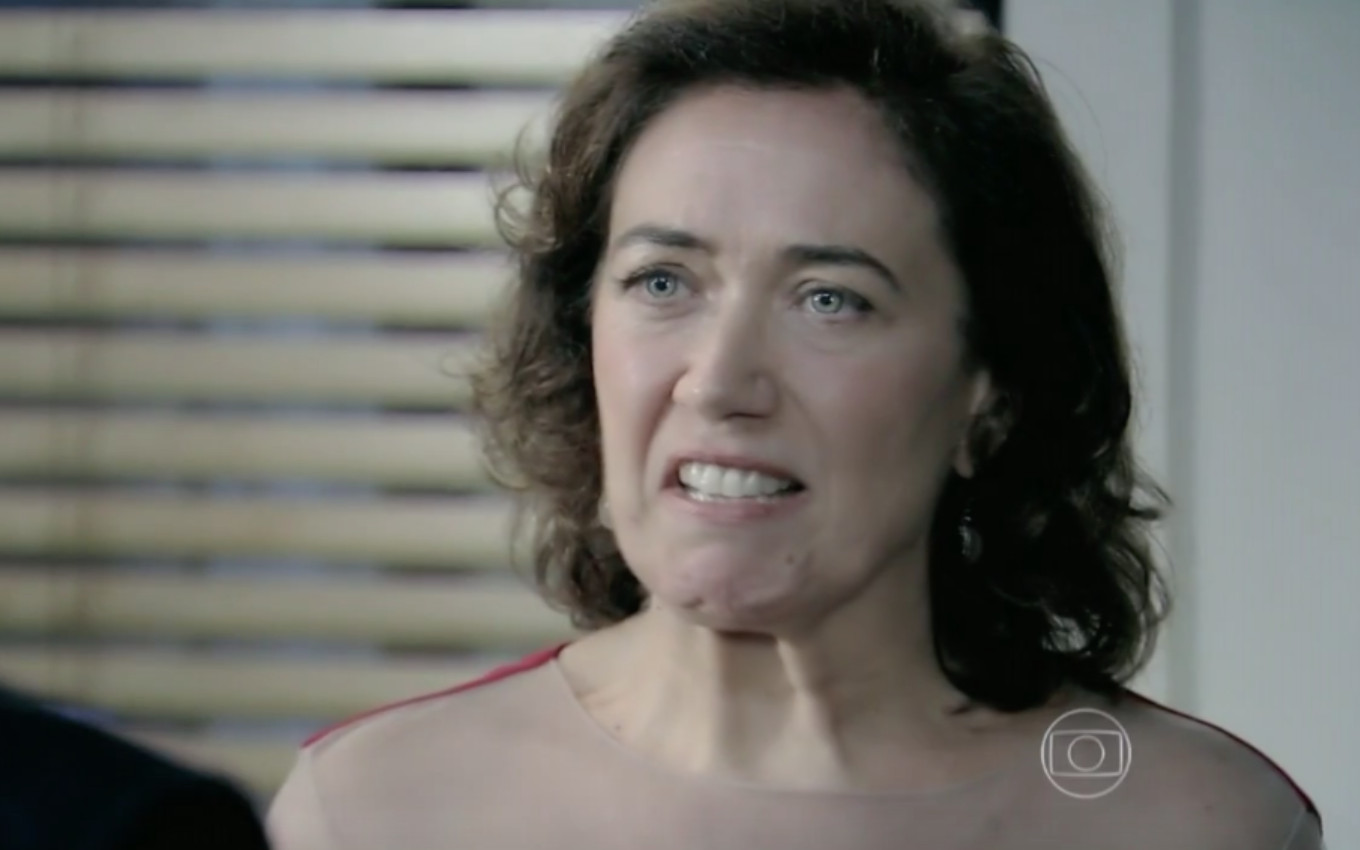 Upon discovering that José Alfredo (Alexandre Nero) will finally have revealed that he is alive and arrested in Império, Maria Marta (Lilia Cabral) will leave her pomp behind and go to the police station ready to build a shack. She will dump a truck of curses on her husband and beat him mercilessly.

In scenes set to air in the next 20th chapter in Globo’s nine o’clock soap opera, the commander will be surprised to learn that his wife is at the police station.

“Marta suffered a lot while you were presumed dead,” says Merival (Roberto Pirillo), the lawyer. José Alfredo will say that he doesn’t know if he’s prepared to talk to the ex-widow, but he’ll have to face her anyway.

The delegate will release, and Lilia Cabral’s character will have ten minutes to talk to her husband. She’ll be right back cursing, “You son of a bitch. You bastard. You bastard.” Soon after, it will be a slap in the face of Alexandre Nero’s character.

José Pedro’s mother (Caio Blat) will beat the commander even more and call him disgusting. “Your family, your kids, even your red-haired perguete suffered like a bitch before they knew you were alive. And me, huh? I’m your wife, I’ve always been your accomplice all these years,” she will complain.

But José Alfredo will put a stop to the indignant speech. “Enough! You’ve punished me enough,” he will declare. The man in black will say that he did everything he did because he had to.