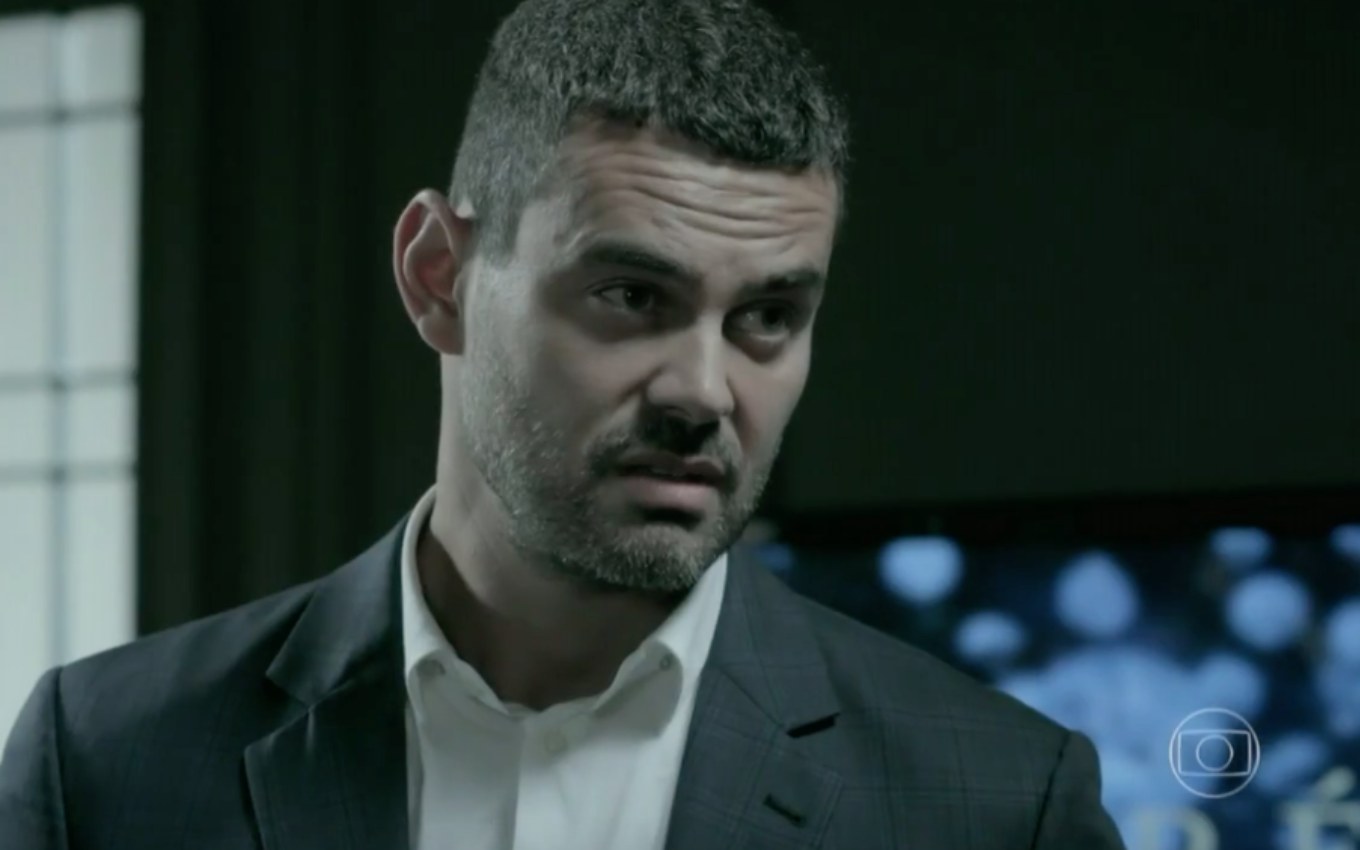 Maurílio (Carmo Dalla Vecchia) will be all heated up by the return of José Alfredo (Alexandre Nero) to life in Império. He will want to collect the money he invested in the jewelry store — which was stolen from the Medeiros family — and Cristina (Leandra Leal) will say she will honor the commitment. “And how are you going to pay? Are you going to run a small bag on the edge of Copacabana?”, the villain will say, rudely.

In scenes planned to air in the chapter on the next 27th in Globo’s nine o’clock soap opera, Maurílio will be distributing kicks at the company. Cristina will arrive and hear the vengeful man claiming his brothers’ debt.

“All of us here have an excellent memory. We’ll fulfill the contract and pay what we owe you, you can be sure of that. But we may also find out that the money you used here at Império was not yours”, he will suggest she, implying that Maurílio stole the money.

Silviano’s son (Othon Bastos) will say he didn’t understand, but Cristina will argue that he knows very well what she’s talking about. “For now it’s just a suspicion. I still don’t have proof that the money you injected here at Império was from Império itself, money that was stolen from our father”, will accuse the character of Leandra Leal.

“Halt there, girl, you’re making serious and frivolous accusations, you can get very bad because of that. You’re not talking about anything. Because in concrete here only the debt that Império owes me”, countered the blackmailer.

“You said you’re going to pay, right. But then I ask, how? Are you going to do, like Jesus, the miracle of multiplication? Or are you going to run a bag on the edge of Copacabana?”, the bad character will attack.

João Lucas (Daniel Rocha) will revolt and go after the hateful. The two will soon dock, amidst screams, but will soon be separated by Cristina and José Pedro (Caio Blat). He will be kicked out of the company by the brothers.