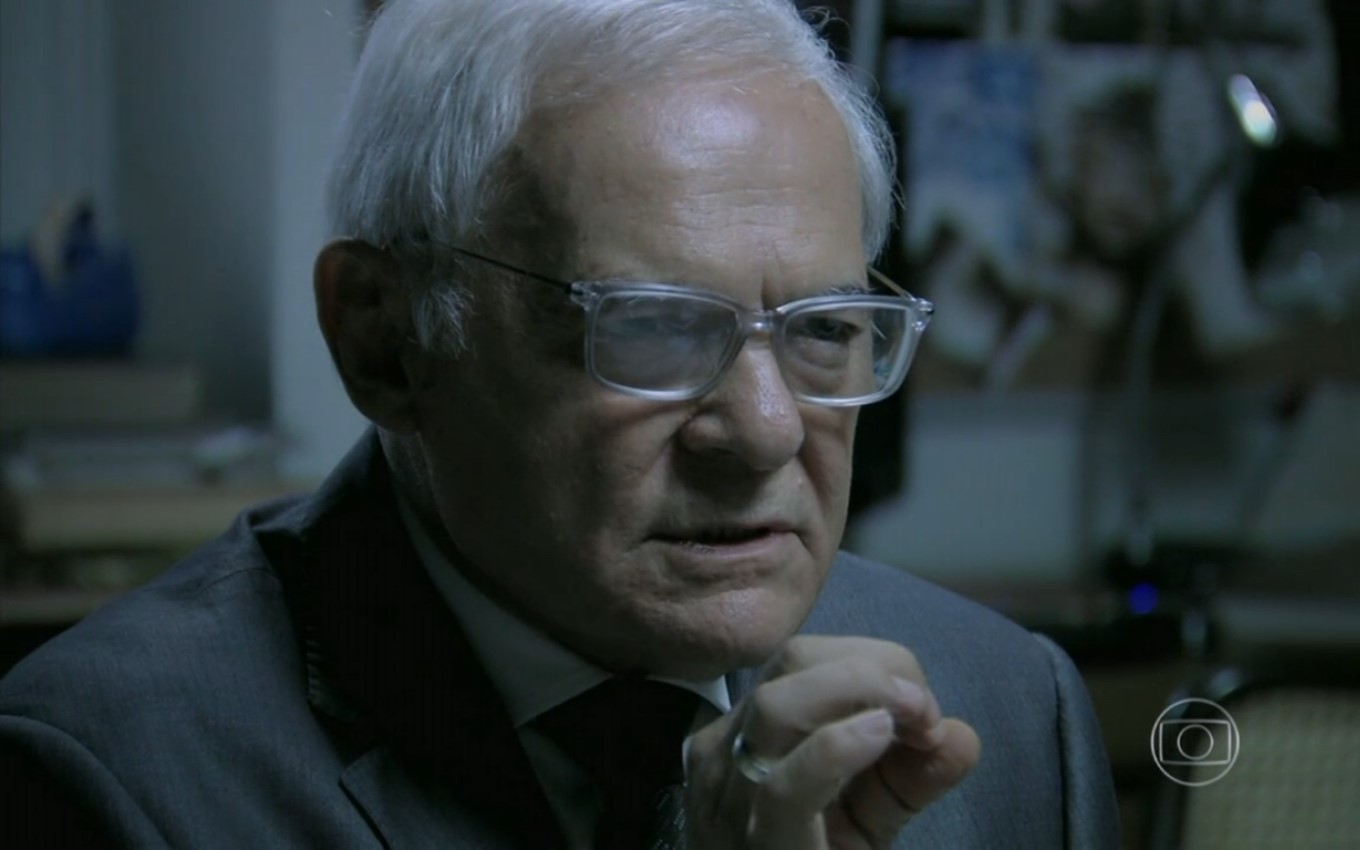 Silviano (Othon Bastos) will accept being interviewed by Téo Pereira (Paulo Betti) in Império. The butler will have a suspense about the life of José Alfredo (Alexandre Nero), but will claim that the powerful man is capable of killing them. The veteran will manipulate the journalist’s curiosity. “You’re going to be shocked,” he will urge on Globo’s nine o’clock soap opera.

Before, the character of Othon Bastos will receive a visit from Lorraine (Dani Barros), who will ask a favor from the former employee of the Medeiros. “Don’t you give an interview to Téo? It’s for the book he’s been writing about the commander”, she will ask. “Say that I accept”, will declare the lord.

In scene that will aired on the next day 22, the gossip will demand Silviano’s frank opinion about the family of the “man in black” and an account of the remarkable events he witnessed in the rich mansion. “What do I gain by revealing the intricacies of their routine?” asked Maria Marta’s ex-husband (Lilia Cabral).

Theo will then promise a chapter of his work destined for man. “Who can guarantee that this book will reach bookstores? If I say what I saw and heard in that house, I’m sure there will be censorship and retaliation in its publication. These are heinous facts”, will reveal the butler, forcing the bar to cheer the blogger .

“That’s how you kill me, daddy,” the journalist will retort, thirsting for hot information about the family of “emperors.” He will assure his source that he will arrange for his unauthorized biography to be published in one way or another, but he will be surprised by Silviano’s revelation.

“My fear is different, that man can send his private jagunço to end our lives without pity or pity. I’ll tell you everything, but I’ll let you know right away that the perversion is great”, concluded the “penguin”.