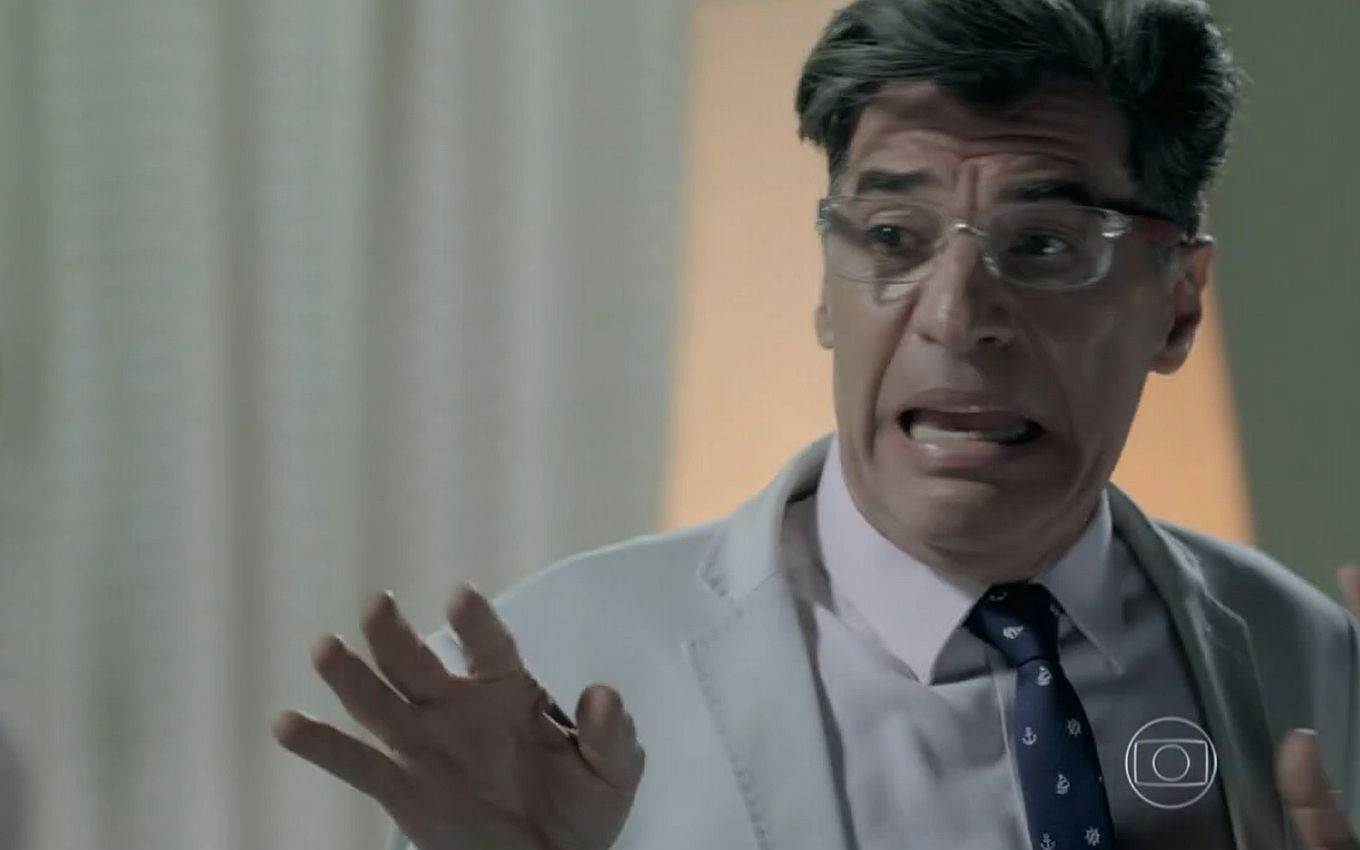 Téo Pereira (Paulo Betti) will receive payback for all the gossip he made of the Medeiros family in Império. Maria Marta (Lilia Cabral) will accept to receive the journalist in her mansion for an interview, and he will not even suspect the ambush. With her plan, the madam will terrorize the blogger of Globo’s nine o’clock soap opera.

To show all his power over the Commander’s “widow”, Maurílio (Carmo Dalla Vecchia) will force her to give her testimony for Téo’s book on the life of José Alfredo (Alexandre Nero).

“Oh, I miss you”, sighs the journalist, when he sees a portrait of his biographed in the living room of the mansion. “Don’t tell me you’re just another one of his widows?” the madam will provoke. “I was a great admirer, but with a lot of respect. So much so that I decided to write his biography”, explains Téo.

“Unauthorized biography, don’t forget about it”, will retort Maria Marta. “What is nothing more than a mere detail, given the greatness of revealing to the world the magnificent person of José Alfredo Medeiros”, the writer will speak.

Without an ounce of desire, Maria Marta will give her testimony for the book about her husband and will invite Téo to dinner, also at the behest of Maurílio. But her revenge will come in the form of two cutes: the twin grandchildren.

When the journalist accepts the invitation, João Lucas (Daniel Rocha) and Du (Josie Pessôa) will come down with Martinha and Alfredinho in their arms. “Are they also going to be part of the dinner?”, questioned the character of Paulo Betti, annoyed.

Teo panicked with baby in her lap

“They’ve already had dinner, actually, but we decided to start introducing our children to society. And you’re a famous writer, such a renowned journalist…”, the father of the babies will respond.

The gossip will not be able to hide his despair in front of his biographed’s grandchildren. “Oh, how interesting… It has little eyes, little hands… It even looks like real people”, he will comment, awkwardly.

As part of Maria Marta’s trap, Du will leave the baby without a diaper in the journalist’s lap. “He pissed me all over! Don’t you put a diaper on this boy?” the “poisonous one” will complain.

“What a head of mine, I forgot!”, the mother will lie. “This situation is embarrassing! Oh, how disgusting, man! Get this child straight away. It was supposed to be a memorable night”, laments the writer. “It was! We’ll never forget it,” Maria Marta will laugh, in front of the terrified blogger.