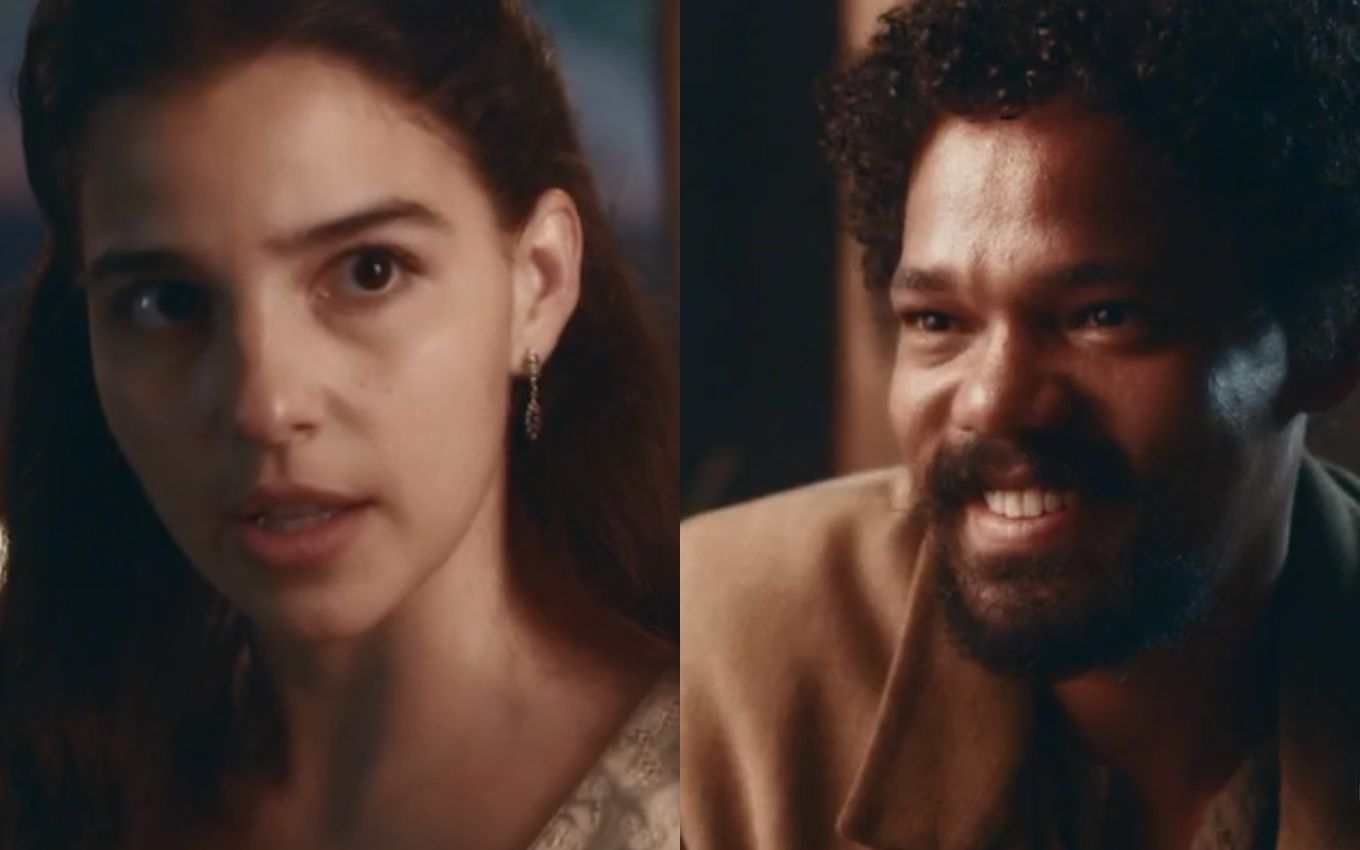 Pilar (Gabriela Medvedovski) will take a coup by Jorge/Samuel (Michel Gomes) in Nos Tempos do Imperador. The six o’clock soap opera on Globo will have a passage of time, and the two will meet again years later, already graduated — she in Medicine, and he in Engineering. The ex-musician will reveal to be in love with another woman. “I love Zayla [Heslaine Vieira]”, the boy will say.

In the next chapters of Alessandro Marson and Thereza Falcão’s serial, there will be some twists and turns. The aspiring doctor will give up her engagement with her lover because she believes he has an affair with Luísa (Mariana Ximenes). Disappointed, she will study in the United States.

Years later, Eudoro’s daughter (José Dumont) will return to Brazil and will be surprised by the ex-captive’s new career. She will then appear at the boy’s graduation as an engineer, but will quickly leave when she finds out that her ex-fiancé is with Zayla.

Samuel, however, will see Pilar hiding in the ceremony and will decide to go after her. “I saw you there, but you left without talking to me. Why?”, asks Dom Pedro 2º’s Arabic teacher (Selton Mello). “I didn’t want to get in the way,” the girl will reply.

The engineer will ask why she would be in the way. “Your friend Luísa told you that you and Zayla are engaged,” he will say. Pilar will still ask if Samuel is in love. “Yes, I love Zayla,” the young man will declare, much to his ex’s surprise.