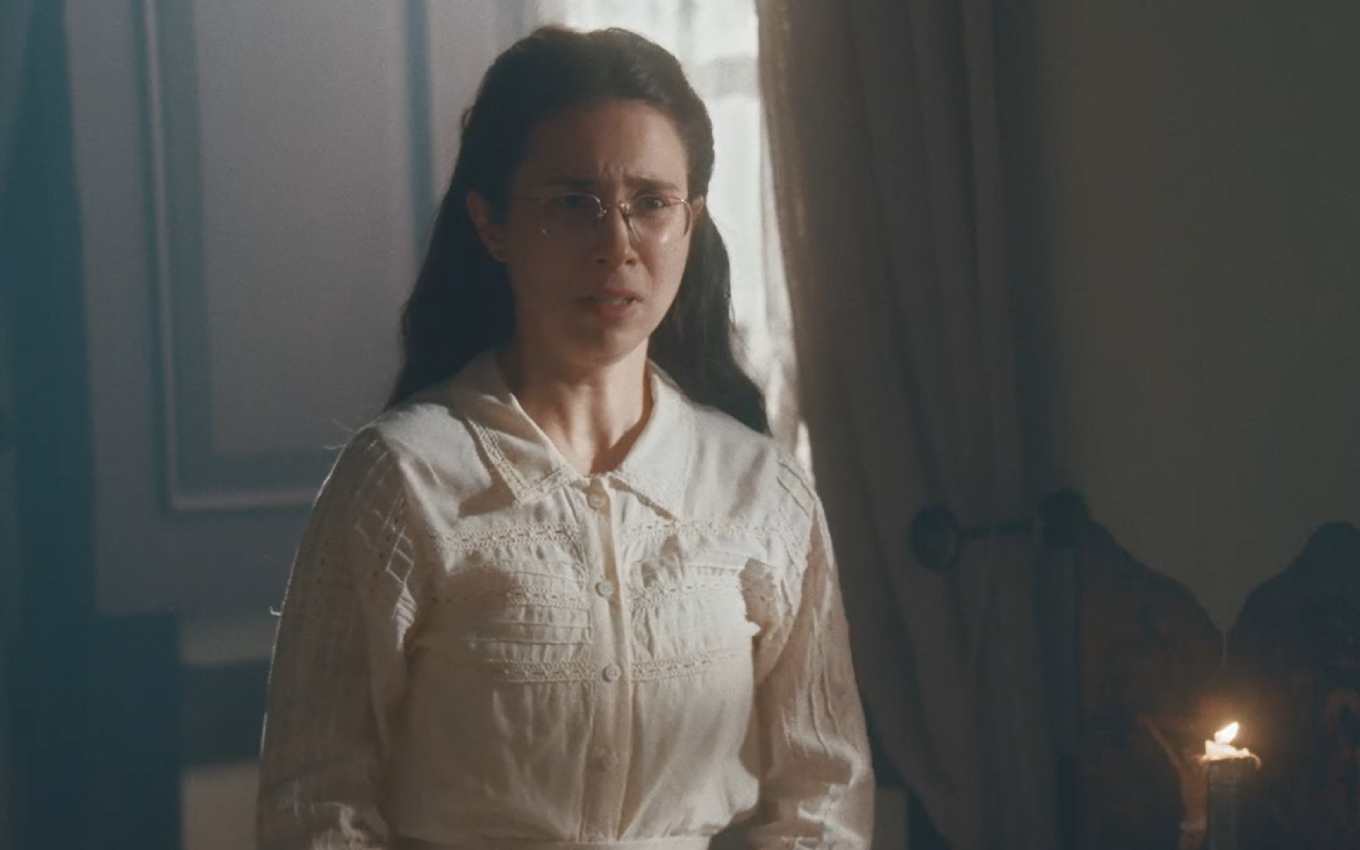 Pilar (Gabriela Medvedovski) will go crazy to save Dolores (Daphne Bozaski), but will receive her sister’s ingratitude in In Times of the Emperor. The girl from Globo’s six o’clock soap opera will kidnap her relative on the day of her wedding to Tonico (Alexandre Nero) to prevent the union of the two. However, the youngest will be angry and will say that she wants to go up to the altar. “Let go of me, Pilar,” the bride will demand.

No chapter set to air on October 2nd, the youngest daughter of Eudoro (José Dumont) will be on her way to the church when she will be approached by a carriage commanded by Guebo (Maicon Rodrigues). She will be pulled inside and taken away. “Why did you do this, Pilar? I want to get down!” the girl will complain.

Even with a vehicle at full speed, Daphne Bozaski’s character will emphasize that she no longer cares about her relative. “I’m tired of waiting for your help, Pilar! When I most needed a sister, what did you do? You abandoned me to become a doctor! I waited too long, like a fool! Now it’s too late!”

The doctor will be frustrated with the comment. “And so you’re going to give up on yourself? Throw your future, your happiness in the trash? What for? So I can feel guilty for the rest of my life?”

“Ready! See? You’re not thinking about me. You’re doing this so you don’t feel guilty! I want to go back to church!”, Dolores retorts. Samuel’s ex-fiancée (Michel Gomes) will not listen and will proceed with the escape.

Halfway there, the carriage will fall into a puddle. “Did you get hurt?”, Guebo will ask. Pilar will say she wasn’t hurt, but her sister will be even angrier. “Look at this! Your fault! And I even lost a shoe in the mud!”, the bride will scream.

Teresa’s friend (Leticia Sabatella) will then reinforce that they need to hurry and get out of there, much to Dolores’ despair. “Let go of me, Pilar! I don’t want to run away! Leave me!” the girl will beg. With no alternative, the girl in the plot of Thereza Falcão and Alessandro Marson will have to let her sister go to the wedding with the politician.