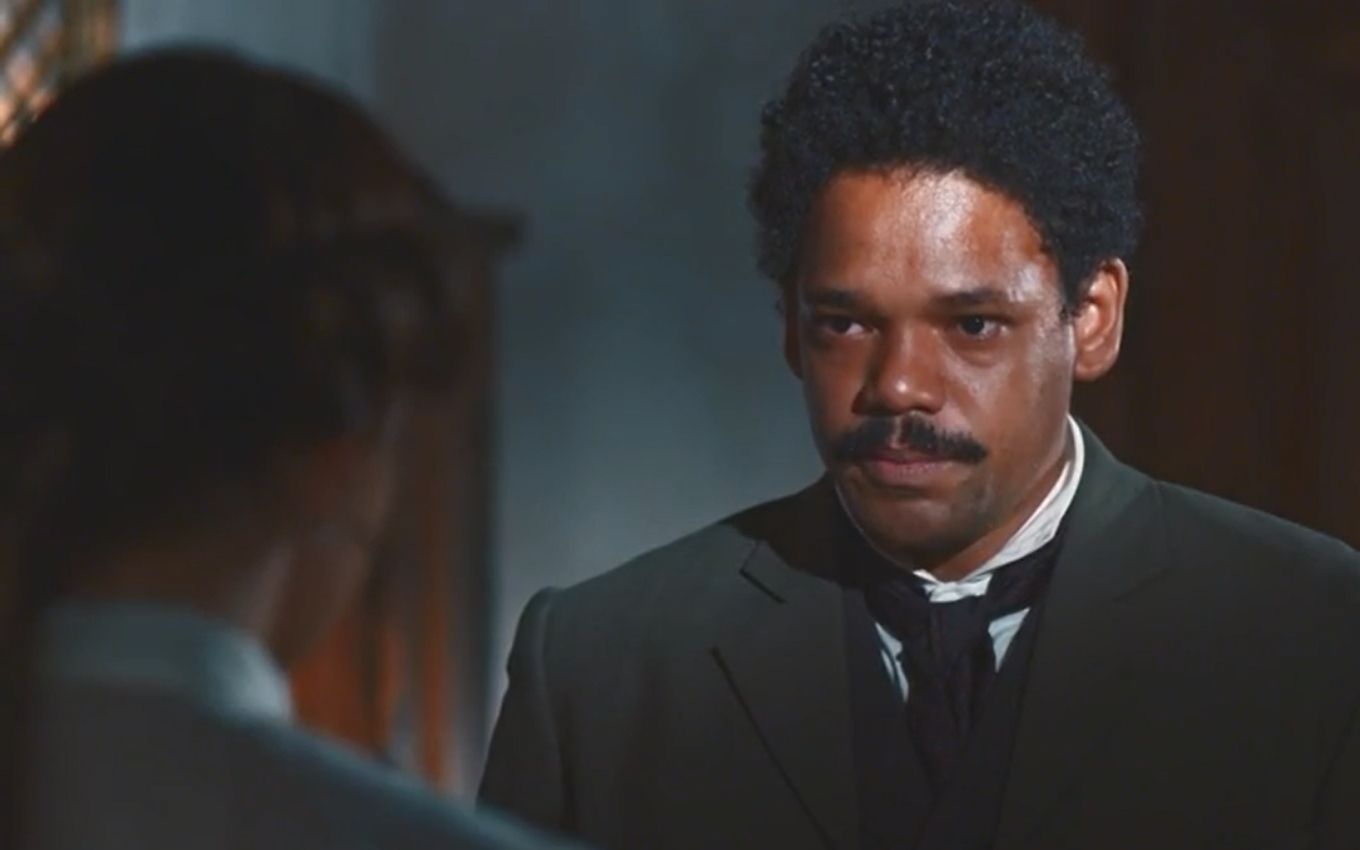 Samuel (Michel Gomes) will risk his own life to save Pilar (Gabriela Medvedovski) in In Times of the Emperor. The doctor will be the target of an attack by people after helping an Englishman in the midst of a protest against the foreign country. The engineer will arrive just in time for the confusion and will protect her in the six o’clock soap opera on Globo.

In the next week of the Alessandro Marson and Thereza Falcão newsletter, the diplomatic relationship between Dom Pedro II (Selton Mello) and England will fall apart for good after the monarch refuses to pay a substantial indemnity to Ambassador William Christie (Guilherme Weber).

In the scenes planned to air on the next saturday (9), Brazil will be attacked by British ships. The population will side with the emperor and take to the streets against the country of Queen Victoria (1819-1901).

In the midst of the confusion, Pilar will see a man chased away, shouting “catch the English” in the Rua do Ouvidor. Dolores’ sister (Daphne Bozaski) will not think twice and will place the body in front of the stranger to prevent him from being stoned. “Stop it! Leave this gentleman alone,” the doctor will ask.

Faced with the refusal, the health professional will confront the insurgent. “Want to fight the British? Enlist in the Army, in the Navy! But you can’t attack people in the middle of the street,” the girl will retort. “Get out of the way,” the boy will order. “A man has yet to be born to give me orders,” Pilar countered.

No colo is missing

The rebel will start trying to take her out by force, and the girl will start to struggle. At that moment, Samuel will see the scene and will appear between them with a piece of wood. “Leave her alone,” the engineer will shout. In fear, the rebel will release her and run away.

“Are you hurt?” the math teacher will ask. “I just sprained my foot,” the doctor will show, with a limp. Zayla’s fiance (Heslaine Vieira) will pick her up. “What are you doing?” Pilar will ask in surprise.

“Put me down! You don’t have to do this,” he’ll add. “And how are you going to get out of here if you can’t step? Are you going to tell me that, in addition to being a doctor, you also know how to fly?”, the young woman’s ex-fiancé will quip, eliciting laughter from the wound.