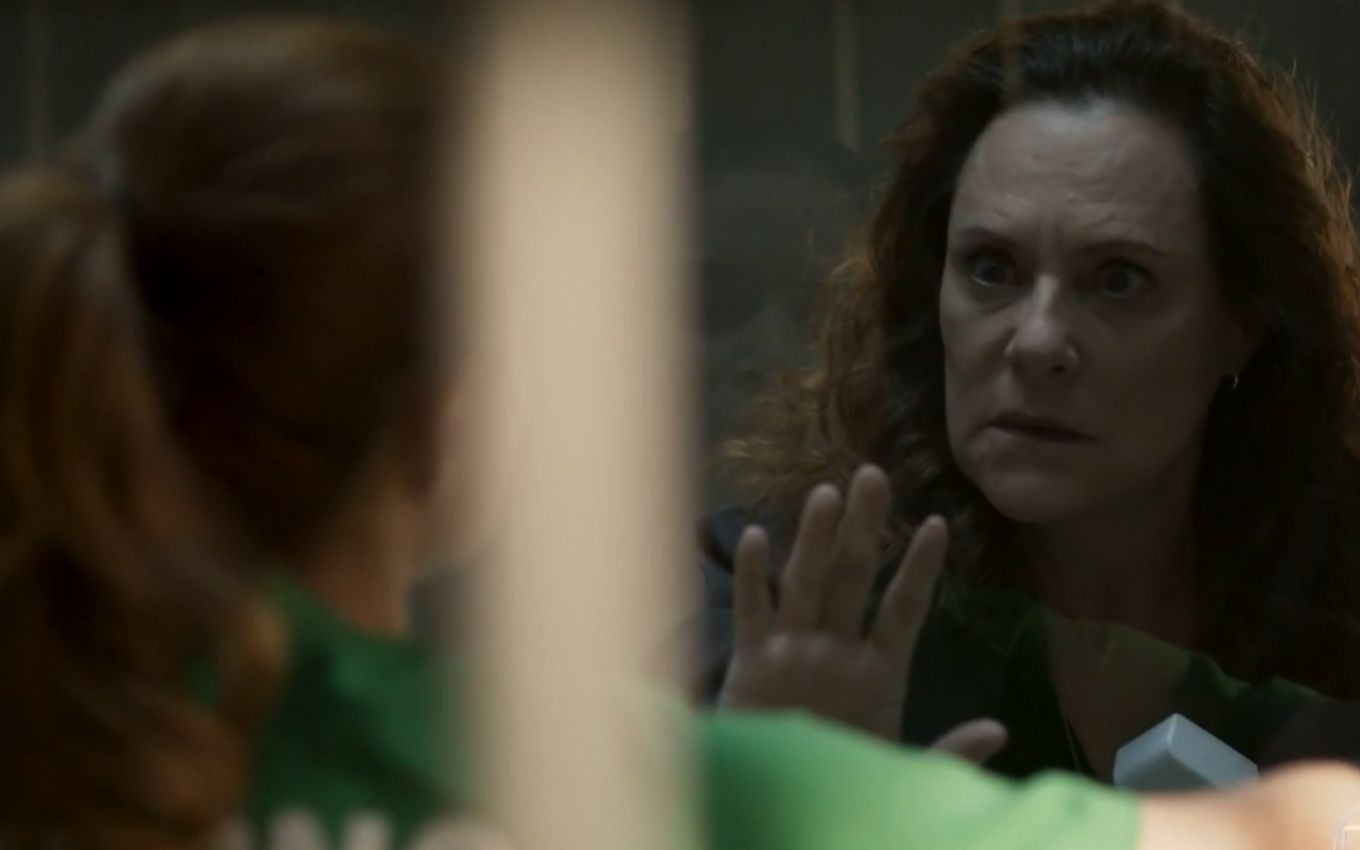 Arlete (Elizabeth Savala) will pretend to be a lawyer to visit Monica (Julia Lund) in the jail in Pega Pega. Determined to retrieve the evidence of the death of Mirella (Marina Rigueira), the taxi driver will beg the criminal’s help. “Lives at stake”, the driver will claim to the redhead, who will confess that the documents are with Malagueta (Marcelo Serrado) in the Globo telenovela.

In the scenes planned to air in next Saturday’s chapter (18), Júlio’s mother (Thiago Martins) will pretend to be the assailant’s defender and will surprise her when she appears on the prison visit. “Have you come to get me out of here?”, will ask Evandro’s wife (Paulo Vilhena), excited about the possibility of leaving the pot.

“No, I’m not the lawyer, but you have something that belongs to me,” Arlete will reply, giving the scammer a cold shower. “I can’t believe you came here just because of that hat”, mocks Monica. “It’s not just the hat and you know it”, the taxi driver will counter, leaving the prisoner without patience

“Look, I’m full of problems and I’m not going to waste my time with you”, will say the mysterious woman, already getting up to leave Antonia’s ex-mother-in-law (Vanessa Giácomo). With no sign of pride or shame, Arlete will beg for Monica’s attention: “Please wait.”

The former chambermaid of Carioca Palace will decide to listen to Elza’s sister (Nicette Bruno). “The documents that were in the lining of the hat, they are very important to me”, will justify the witness and partner in the crime against Mirella. The redhead will claim she doesn’t have the evidence.

“Okay, but maybe you have clues as to who’s with them,” Arlete will ask. “That’s worth money, isn’t it? It’s not,” Evandro’s wife will speculate. “Much, much more than money. These are lives that are at stake,” Julio’s mother will appeal to convince the young woman.

Touched, the coup artist will confess about the whereabouts of the accident evidence: “I don’t know if I should, no. Your documents are with Malagueta.” Arlete will be surprised to hear the answer. “That guy who works with Eric [Mateus Solano]?”, she will say frightened.

Monica will nod yes. “What an asshole, he lied to me. I knew he was lying, he made me come here for nothing”, will vent the character of Elizabeth Savala with the assailant. “Of course, he said that because he knew you weren’t coming,” the criminal will opine.

Arlete, then, will surprise the girl with the promise: “I’m going to hell after those documents”. The taxi driver will thank the redhead for help and say goodbye.